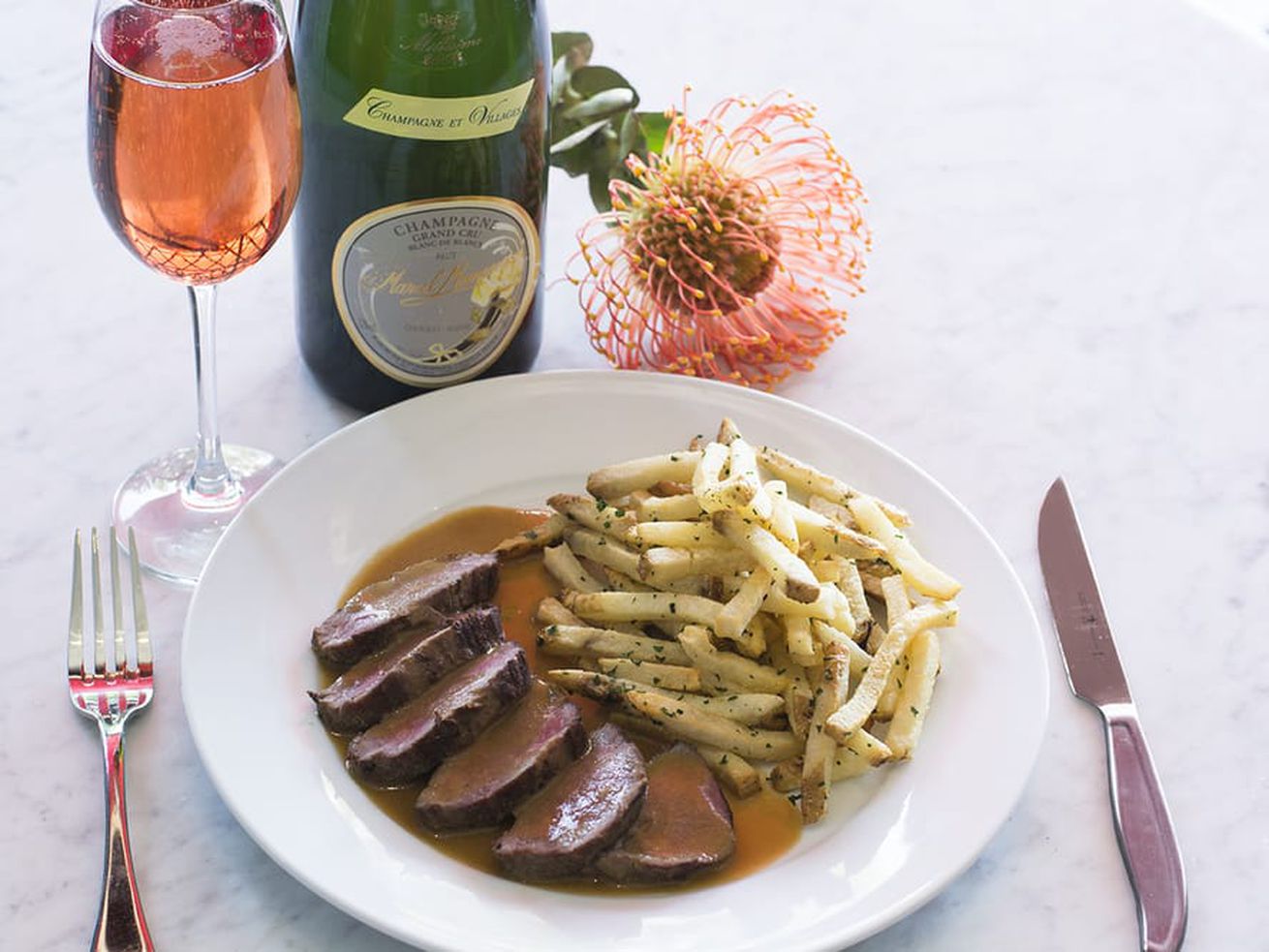 Inside the ups and downs of LA’s French restaurant scene

Five-year-old French restaurant L’Assiette has closed. The steak frites spot on Melrose is now selling off fixtures from inside the dining room, and their website has been abandoned.

Yelp is now also listing L’Assiette as having shuttered, though it is unclear exactly when the restaurant went under. That’s not to say the news was entirely surprising at least from a financial perspective, given the fact that back in 2017 ownership outright asked for donations from customers in order to get a fully liquor license of its own. Their crowdfunding campaign was unsuccessful.

So far there’s no word about what, if anything, may happen to that address now. L’Assiette came about in 2014 during the start of a mini French restaurant renaissance that included Petit Trois and Trois Mec, but the revival of steak frites as a standalone main dish has not caught on, as evidenced by international competitor Le Relais de l’Entrecôte’s one year shutter at its own Melrose address further west.

Overall, Melrose continues to churn through restaurants, with openings like Ronan and the upcoming Auburn sidled right up next to recent shutters like Top Chef Marcel Vigneron’s Wolf or Rick Bayless’s Red O.