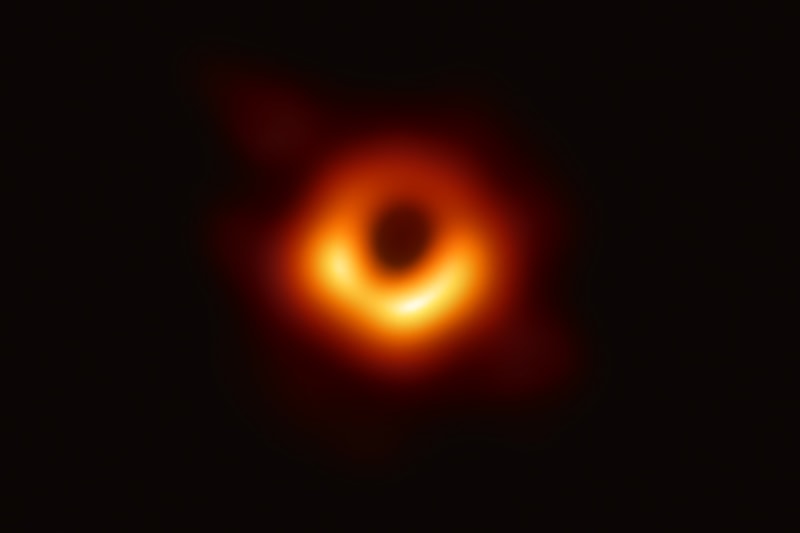 Astronomers have witnessed and photographed a black hole in the deep reaches of space, in the heart of galaxy Messier 87—some 55 million light-years away from Earth.

This is the very first visual confirmation of black holes ever. Black holes are cosmic abysses with immense mass and compact sizes so small not even light can escape its strong gravitational effects. The photo features a lopsided ring of light enveloping a dark circle, which many have said resembles The Eye of Sauron from Lord of the Rings.

When the photo was initially revealed at a press conference, many spectators cheered and gasped at the sight of it.

Astronomer Shep Doeleman, who spearheaded the initiative to capture the image, said: “We’ve exposed a part of our universe we’ve never seen before.” Einstein’s theory of time and space vanishing under the compression of matter in a single location has been confirmed, a disturbing affirmation of nature.

The image was captured thanks to a network of radio antennas called the Event Horizon Telescope. It two years of computer analysis and observation for the EHT to capture the rare sight live, and it was a massive undertaking to process the petabytes worth of data to reconstruct the image.

Learn more below and take a look at the black hole above.

In other tech news, NASA announced its top 3 finalists to design shelters for a space crew’s trip to Mars.

The story of @ehtelescope’s quest to capture the first image of a black hole was covered by @SmithsonianChan’s documentary “Black Hole Hunters” premiering this Friday. #RealBlackHole #EHTBlackHole pic.twitter.com/49Ycr4c2nz

Dan Marrone of @UofA says in a few weeks of observing, @ehtelescope project collected approx 1000 disks, 5 petabytes of data, equivalent to "all of the selfies that 40k people will take in their lifetime." #RealBlackHole #ehtblackhole pic.twitter.com/6A0OBNVqBn

The @ehtelescope team built an Earth-sized telescope by linking radio dishes around the world.
In April 2017, all they all swiveled to look at the supermassive black hole at the center of Messier 87, a galaxy in Virgo constellation. #RealBlackHole #EHTBlackHole pic.twitter.com/0hUPpDbYkH