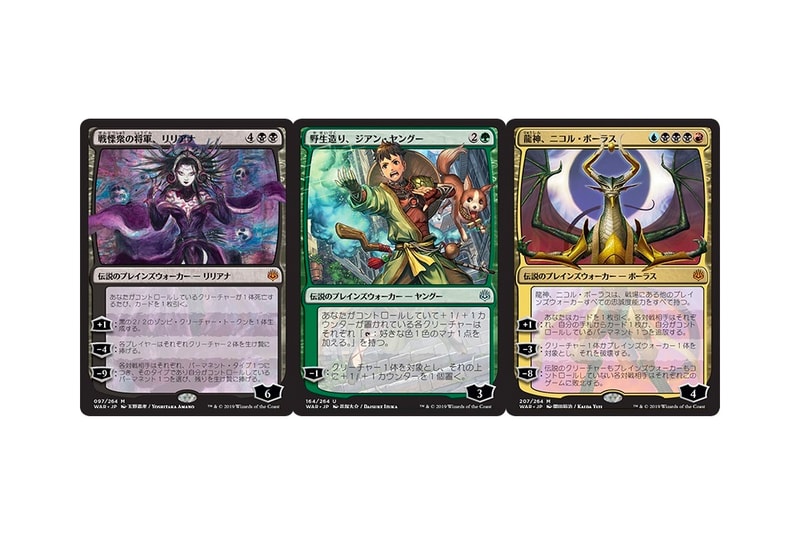 Next month, Magic: The Gathering will be releasing War of the Spark, its latest expansion, and Wizards of the Coast has just unveiled a set of Japan-exclusives for its planeswalker-heavy expansion set. Instead of its usual practice to simply translate the text on its cards for its Japanese versions, the card game company saw a creative opportunity to celebrate the release of 36 planeswalkers in this pack — far more than a normal expansion — by collaborating with Japanese artists and illustrators for a set of Japan-exclusive artwork on the cards.

Among the two-dozen or so artists is one of the country’s most famous illustrators, Yoshitaka Amano, whose previous works include artwork for the now legendary Final Fantasy franchise. The famed painter was given the opportunity to create a portrait of Liliana Vess, a powerful necromancer. His piece can be seen in the tweet below.

Aside from Amano, the team of artists working on the project also includes Gundam box art illustrator Yuji Kaida. All together, 28 creatives will produce Japan-exclusive versions of all 36 planeswalker cards, which you can browse through in the gallery above.

Magic: The Gathering’s newest expansion War of the Spark will be available May 3 in the US, and two days later in Japan. As of now, there are no plans to release English cards with the Japanese edition artworks.

And in case you missed it, here’s the official trailer for War of the Spark.