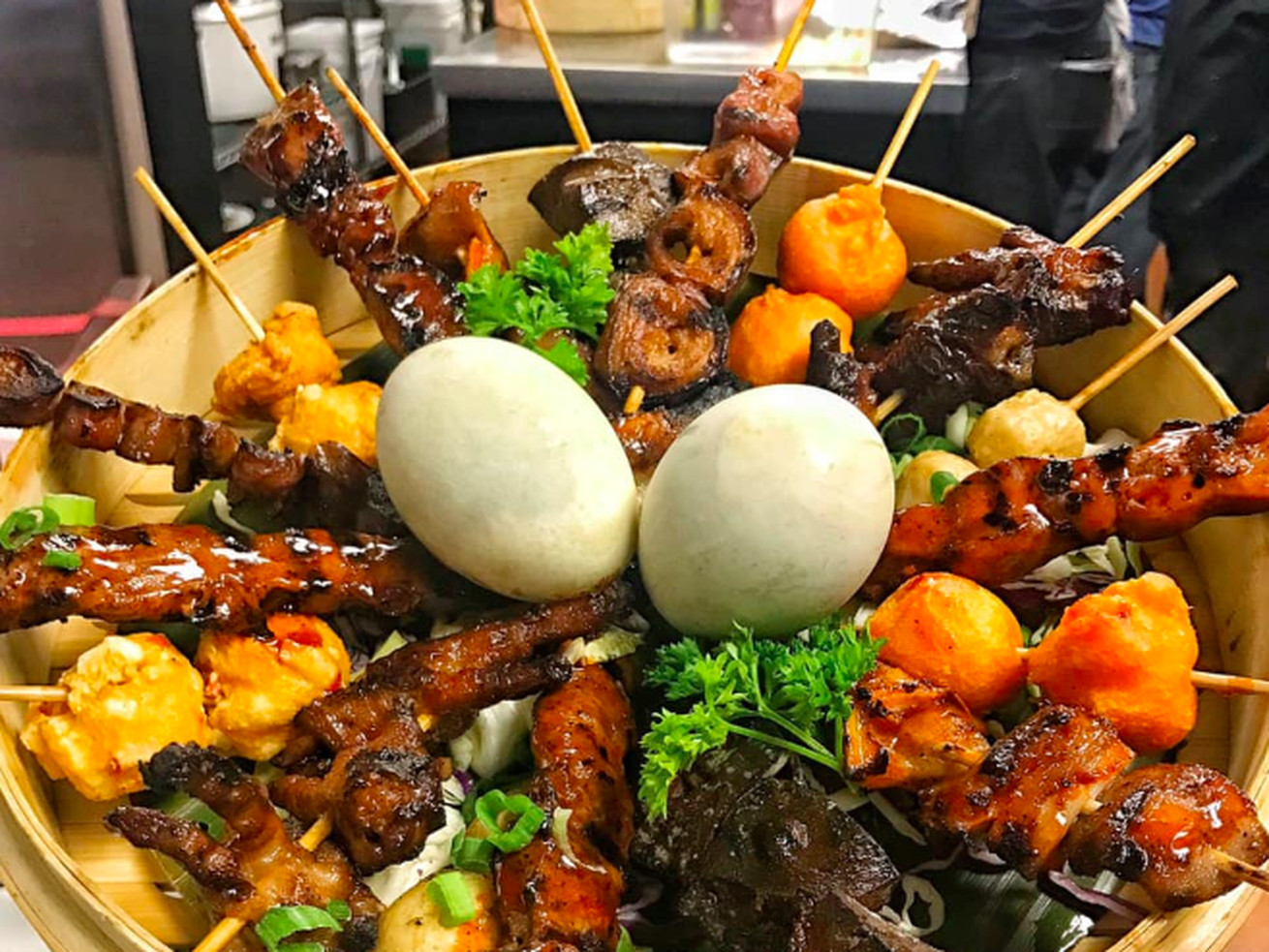 Los Angeles is well into a Filipino food explosion. There’s dazzling pop-ups, favorite brick-and-mortars, even the Filipino fast food chain Jollibee signed a lease for a future location in the Financial District last month. Joining the wave is The Noypitz Bar & Grill. The Downtown restaurant opened August 2 in the Little Tokyo Galleria on Alameda and Third.

Noypitz took over the recently shuttered Atlas, and the switchover was a fairly quick one. The interior appears similar to the former lounge, but now a traditional menu is in place with standards like pork sisig, crispy lumpia rolls, chicken adobo, pancit canton noodles, and the sinigang na baboy with stewed pork ribs boiled in a tamarind broth with vegetables. Prices range from $10 to $20.

This is the restaurant’s third Southern California location. Owners Larry Calonzo and Michael Kwan opened Noypitz West Covina in April 2018, then in Cerritos in November 2018. Their new space is massive at 5,000 square feet. It seats 208, and Calonzo tells Eater that they’ll bring the same formula as their other locations with live entertainment, DJ’s, and karaoke during later hours.

Since the partners took over a Downtown lounge, they’ll make use of the glowy full bar while adding Filipino beers to the menu. Hours are Sunday through Thursday from 11 a.m. to 11 p.m., and Friday to Saturday from 11 a.m. until 2 a.m.