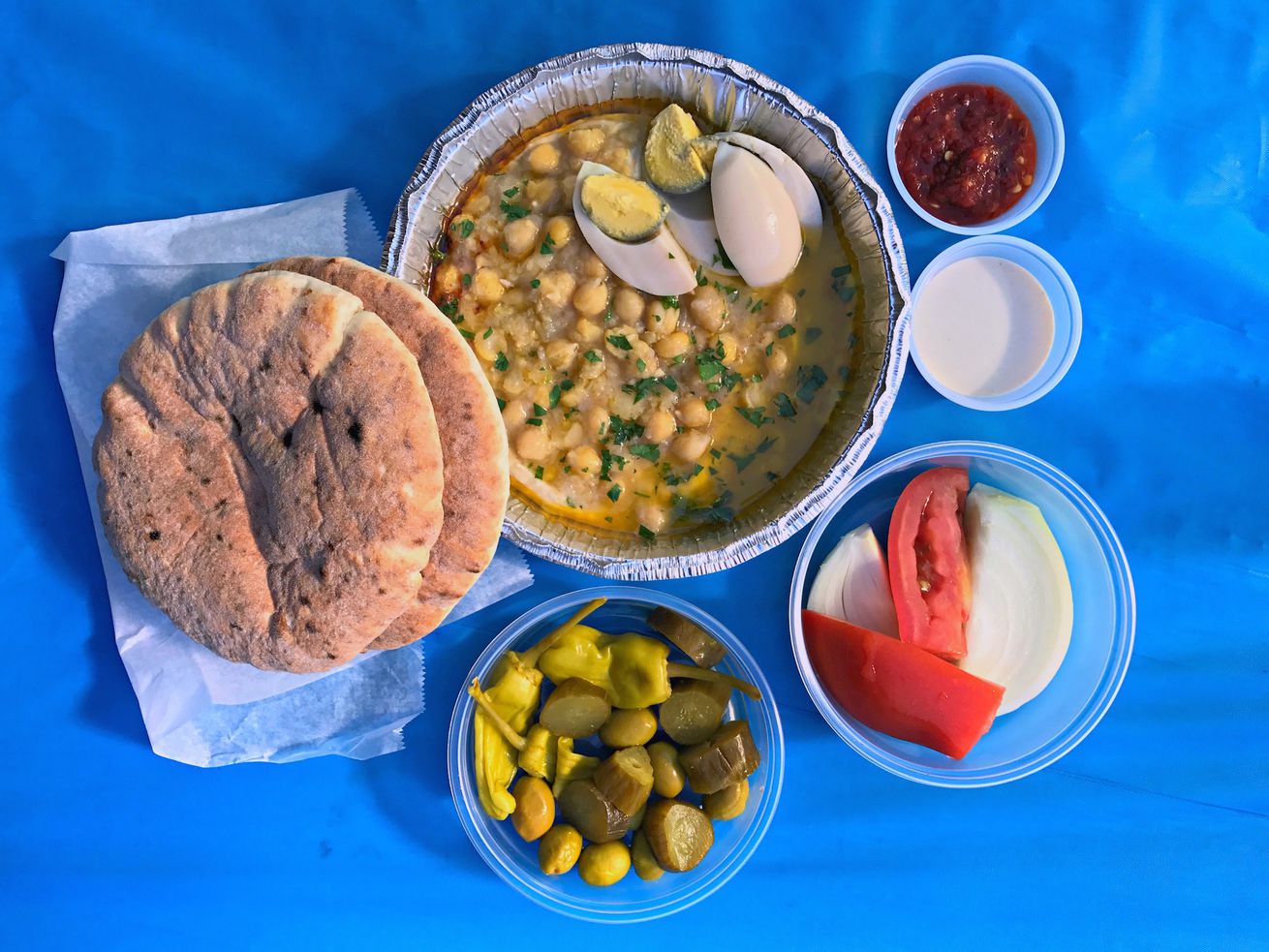 The truck is making way for a restaurant

Perhaps the biggest street food success story to come out of 2017 was Hummus Yummy, a San Fernando Valley upstart making perhaps the best hummus anywhere in greater Los Angeles. Now owner Shachar “Tony” Weiner is set to expand once again, first from his back yard to a food truck, and now to a restaurant in Valley Village.

Signage is already up for the new Hummus Yummy location on Burbank Boulevard, tucked nicely into one of LA’s more prominent Jewish neighborhoods. Weiner only just secured the official lease for the upcoming kosher restaurant, and has not publicly led with an opening date just yet. Eater reached out to him to confirm several new details, including timing, hours of operation, and possible new menu items, but so has not heard back.

Regardless, this new standalone Hummus Yummy should attract plenty of attention when it does come online. Weiner’s food truck was a breakout star — even earning love from then-critic Besha Rodell at LA Weekly — when it started hitting the road weekly, and it’s not like hummus has stopped being on everyone’s mind in the intervening years. From Mh Zh to Bavel to similar hummus-based spot Hasiba in Pico-Robertson’s kosher corridor, the stuff is simply everywhere. Expect more details on an opening timeline for Hummus Yummy the restaurant when it becomes available.