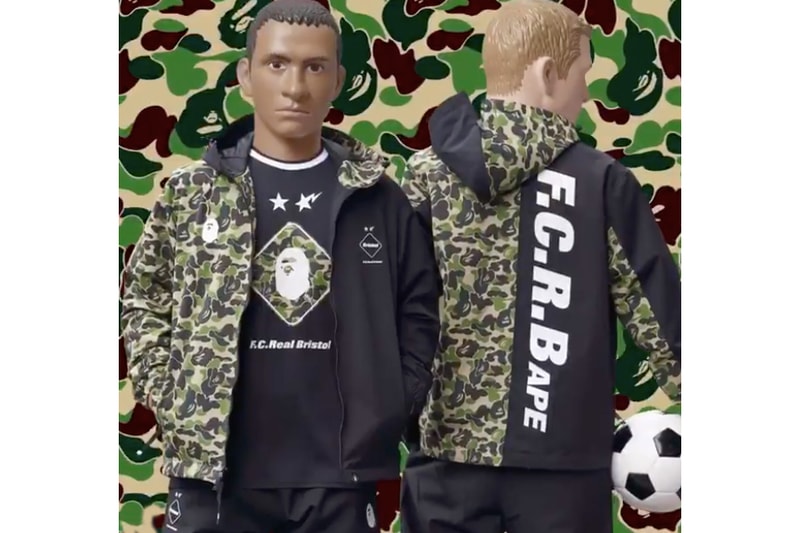 The collaboration sees fictional football stars wearing a heavily BAPE-branded selection of jackets, T-shirts, hoodies, trousers, shorts, and of course football kits, in a promotional BAPE-themed video. Standout items include the football jersey, which sees a colorful BAPE print sit across the top, with "F.C.R.Bape" across the chest and a dual-branding of the iconic BAPE head and Bristol logo. In addition, the BAPE head T-shirt which features a camouflage triangle on a black top is a welcomed alternative to the louder pieces, as are the all-black coach jackets and track pants, which feature minimal BAPE head and Bristol branding.

The collection looks to be for both adults and children and features an array of celebrated BAPE designs including the shark motif, which is seen half-cut on a Bristol/Bape split hoodie.

There’s no word yet of when the collaboration will be released, so stay tuned for more information on the drop.

In other BAPE news, check out the latest from its collaborative BE@RBRICK line.