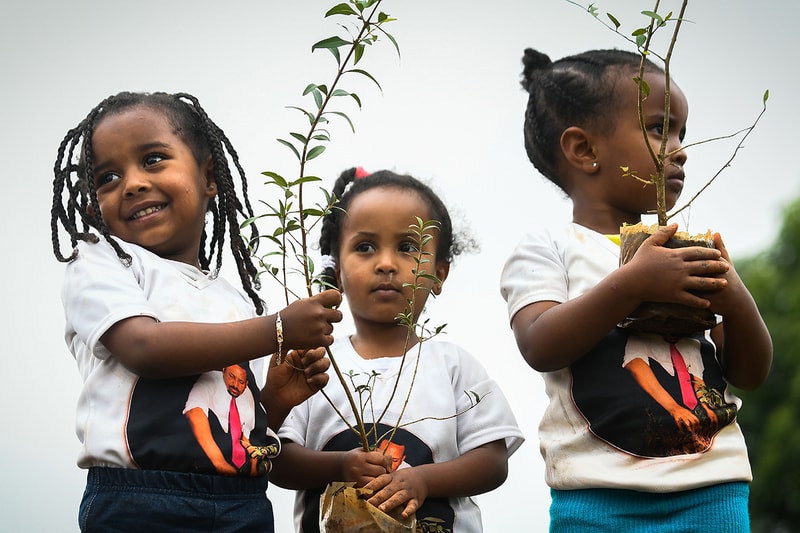 On Monday, the Ethiopian people broke the world record for most trees planted in a single day, achieving a whopping 353 million trees within just 12 hours.

The reforestation effort falls under the country’s Green Legacy initiative, founded by Prime Minister Abiy Ahmed. According to his office, Green Legacy "is an ambitious undertaking to become a green society by planting various types of eco-friendly seedlings to combat environmental degradation and, a national platform that will be used for various societal green activities."

The initial plan was to plant 200 million trees that day, already an amazing feat, but once the group of volunteers reached the half way mark, momentum started picking up, and by the end of the 12 hours, Ehthiopia was deservedly proud to announce that "353,633,660 tree seedlings planted in 12 hours," beating the previous record held by India in 2017 where 1.5 million volunteers planted 66 million trees in the same time frame.

Green Legacy and its reforestation efforts come in the wake of severe climate change caused by deforestation. The country has only a four percent forest coverage now, a significant decrease from the last century where 35 percent of its lands were forested.

#Ethiopia the six hour result shows we’re halfway to our goal. Congratulations for this milestone as we all #PlantOurPrint for a #GreenLegacy.

Let’s build on the momentum in the remaining hours. #PMOEthiopia pic.twitter.com/MWzi4xC01C

#GreenLegacy is a vision for the next generation. It is creating a blueprint for them and showing them the way. #GreenEthiopia #HealthyEthiopia ?? pic.twitter.com/TFudQhiAKc