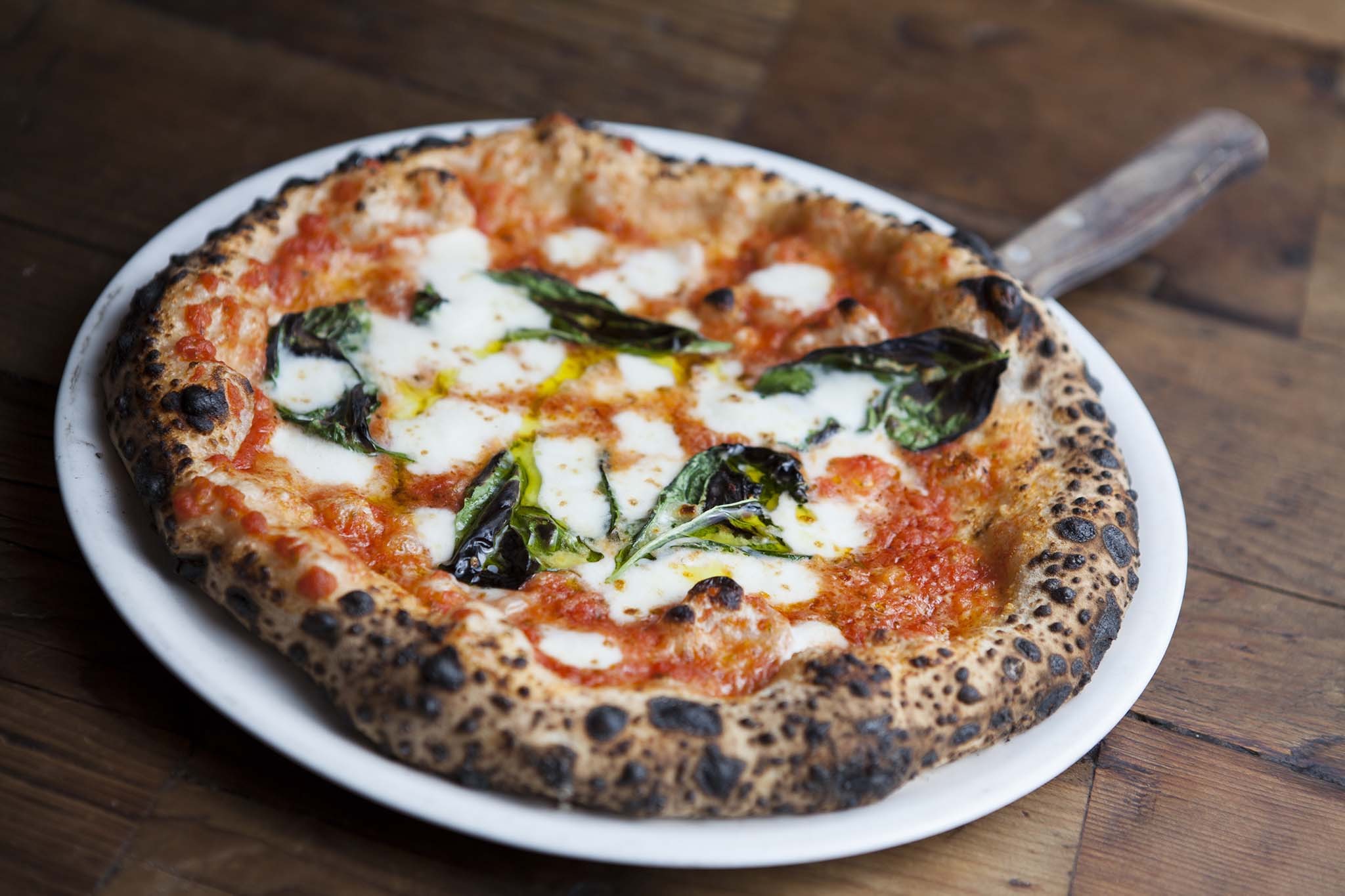 And just like that, one of L.A.’s most celebrated restaurants shuttered.

Last Thursday afternoon, co-owners Steve and Dinah Samson shared that their Pico Boulevard restaurant, Sotto, would close on Saturday—a farewell without much warning and fanfare, especially considering the restaurant’s storied success as one of the best Italian establishments in the city. Launched in 2001, Sotto wasn’t simply the premier destination for Neapolitan-style pizzas and some of the best Southern-Italian food and wine in L.A.; it served as the springboard for both Samson and another notable alumnus, Alimento’s Zach Pollack.

“This restaurant closing is obviously difficult for all of us, but it doesn’t mean it’s the end for all of us,” Steve Samson told the crowd of friends and family on Sunday night, their final evening in the space. “We’re going to have opportunities to work together if you’re in the industry, whether it’s supporting you do what you do, or whether it’s working together in some capacity—the family tree grows.”

While the official statement from the Samsons—who also own Rossoblu and Superfine Pizza in the Fashion District—didn’t shed much light on the closure, Los Angeles Magazine reports that Sotto’s abrupt end is the result of ownership parting ways, the Samsons in one direction and Sprout—one of the city’s most preeminent restaurant groups—heading in another.

On Saturday, Pollack shared his own heartfelt farewell, via Instagram: “It’s been a long while since I worked the line at Sotto, but I’m so proud of the run we had and of all the people that worked there throughout the years to make it the great restaurant that it was. I will miss knowing that that gleaming yellow oven is turning out some of the city’s best pies night after night, but I know Sotto will live on in the hearts of so many Angelenos who made memories there over the years, as it will in mine.”

Sunday night’s farewell for friends, family and members of the press felt like a wake, a celebration of the restaurant that wasn’t just a pillar of L.A.’s restaurant scene, but a clear family to its employees. Here, we share some of their reflections on Sotto’s legacy and what it meant to them. These speeches have been edited for clarity and brevity.

Steve Samson: “I just wanted to thank everyone for really saying goodbye to this wonderful place that we’ve called out home, and had so many wonderful friends and amazing people. I’m not gonna get choked up, not with this many cameras, but it’s been a really great ride the last almost-eight years, and it’s been amazing to get to know everyone. And the fact that you’ve all shown up here to show your support and your love for us and what we’ve done—thank you guys. And when one door closes, many more will open, hopefully. I will work the grill until I die. I’ll die at the grill.”

Dinah Samson: “There are so many faces here, it’s crazy. I mean from day one to now, it’s amazing that you guys showed up. Craig [Towe] has been running this restaurant for the last what, two and a half years? Three years? And we couldn’t have done it without him: His leadership, he’s inspired all of us with his cooking, and we can’t to see what he does next. He needs to get props here because sometimes people are [praising] Steve Samson, [but] OK, it was Craig here—with Aaron, with Theo, with Vince, all the managers here.”

Craig Towe, chef de cuisine: “First of all, they set this place up to succeed. We walked in and it’s just a special place: Everyone comes in, you feel welcomed and warm, like a family. That’s what [the Samsons] instilled, they’re very family-oriented, and hire good people. Thank you guys. You set it up, and I came in. Thanks [to everyone else] for coming out and supporting us.”

Steven Cox, server: “Every single dish that I tried to sell, every wine that I tried to get some upsell, I would describe it as something divine: something like a little taste of heaven or with some serious soul. And this place seriously is so special: it’s nothing short of a miracle, from everybody’s that’s worked here. I think of everybody that has contributed to this place. There are so many special people here that have contributed to the beauty of this place that people can sense on the street, when they walk in here. And I challenge anybody to create a place where people feel more welcome, more sacred and where their relationships are thriving as good as [they are in] this place. And that’s what we’re celebrating here: It doesn’t feel like the end of an era, it feels like celebrating something that was divine, something that was a little taste of heaven.”

Theo Greenly, wine director: “I’ve just been really grateful to be a part of this team. I’d been working Downtown in these kind of mega-restaurants, which are great, [but] I gave my two weeks’ [notice] where I was and I didn’t have another job lined up, and I asked my fiancée, ‘What should I do?’ And she said, ‘Don’t look at who’s hiring; why don’t you just make a list of your favorite restaurants in L.A., and apply there?’ And I said, ‘OK, instead of making a list of like 10, why don’t I just start with one?’ And it was Sotto. This was the only place that I applied… and I’ve just been so happy to be here."

Vince Walker, assistant general manager: “I’m not the most spiritual person in the world but I feel like there’s something spooky-magical in this building. I’m so proud to work somewhere where everyone brings that little extra something, and I have to give credit to these guys for inspiring that little extra something. I don’t know—I might spend the rest of my restaurant career looking for a place this happy and healthy.”

Noe Garcia, bartender: “I remember the first time our wine director here told me about this place: I was working in Glendale at the time, and I came [to interview] but they’d already hired almost all their employees, so they hired me for one day… and Dinah told me, ‘only Thursdays because we already have [staff].’ But the next week they were getting so busy that she said, ‘Are you able to work, because there aren’t many busboys—they quit!’ I learned so much from [the Samsons]. This place changed my life, totally. I started cleaning tables, sometimes washing dishes, and then, thank god, they gave me the opportunity to work as a bartender and [take] bar classes.”

Ramsey Musk, bar director: “Moving from the East Coast and working in L.A. was really hard because the hospitality scene isn’t the same: [In L.A.] it’s not family, it’s mega-restaurants, so I almost lost hope and I was so excited to come in [and interview] because I’d dined here a few times and it felt like I was back in Boston or New York, and felt like I was back home. Working here and working for these amazing people reinvigorated my passion and it let me know why I was doing what I did and what I’m doing, and I’m so grateful for the opportunity to be here, and I’m so thankful that you let me take over the bar program. I truly found my passion and let everybody see what I love to do. This is family, this is home and it’s not a goodbye for any of us.”