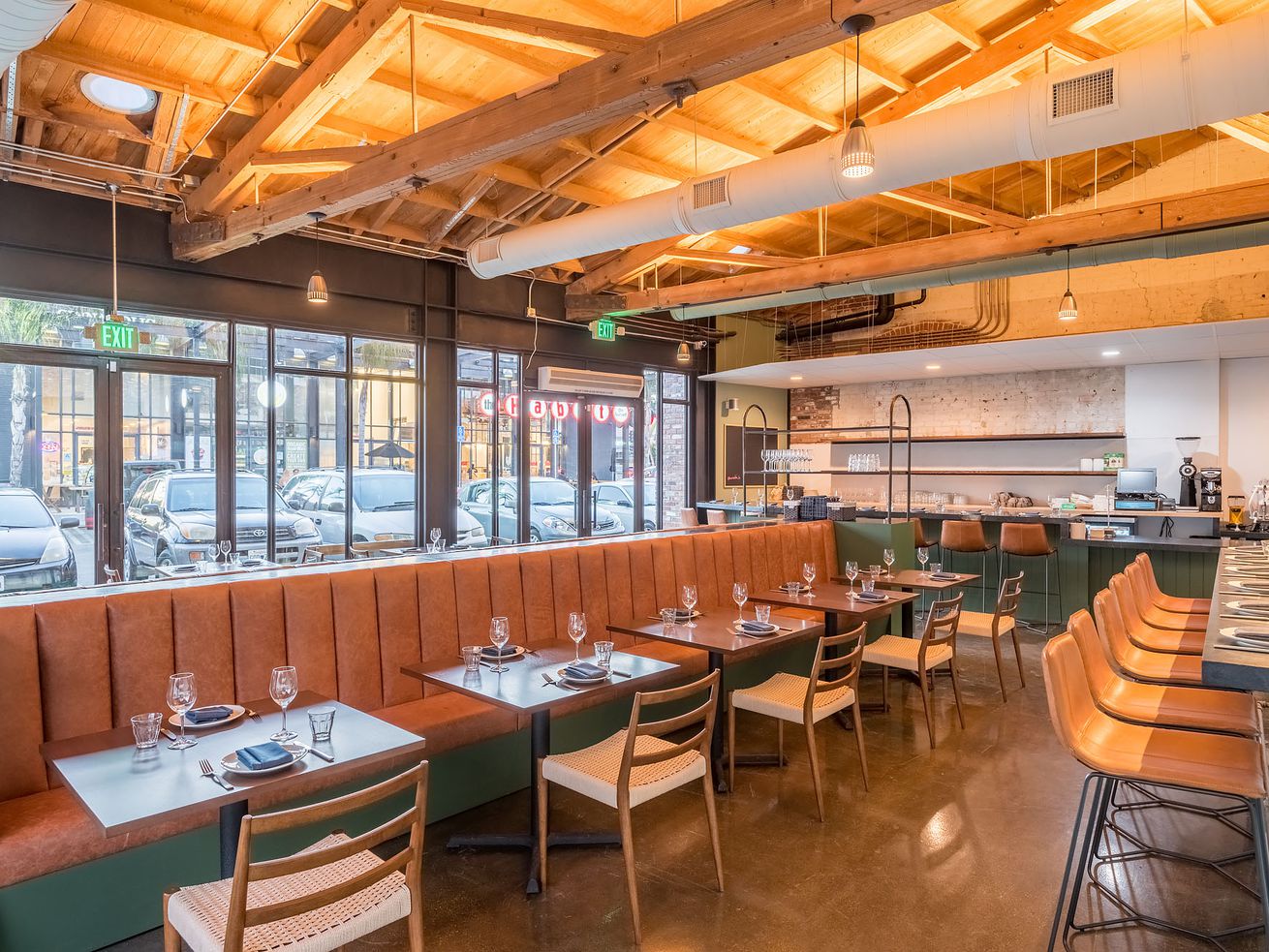 The dining fortunes of greater Echo Park have never looked better, from small sandwich star Konbi and sake staple Ototo to classics like Taix and the Brite Spot diner. Now a newcomer named Revelator: Bar Avalon is on the scene, hoping to exact some of that same longevity and neighborhood connection.

If the name with the colon in the middle seems a bit clunky, know that there is a purpose. Revelator is a nod to Revelator Coffee, the parent company of new restaurant, which hails from Atlanta. They’re rather popular out east for running coffee bars and cafes, and this is their first expansion into Los Angeles.

The Bar Avalon part speaks to this location, tucked into a prime space at the Mohawk Collective development right on Sunset Boulevard, and its ability to transition into evening service in the coming weeks. That means alcohol, including a small attached wine shop called Eve Bottle Shop that will open in the coming weeks, allowing customers to dine in casually, try a few things by the glass, and then take a bottle home for more. Nathaniel Muñoz will oversee the wine while doubling as general manager.

Meanwhile, chef Joshua Guarneri, most recently from the closed Hearth & Hound in Hollywood, is on to oversee a tight cafe menu of tartines, salads, morning eggs, and the like. The full menu won’t be operational for a few more weeks, but the Revelator crew wanted to open in time for Echo Park Rising as way to connect with the locals. Dinner service and wine sales should come soon. Meanwhile, Revelator: Bar Avalon is open from 8 a.m. to 3 p.m. as of yesterday, Wednesday through Sunday.