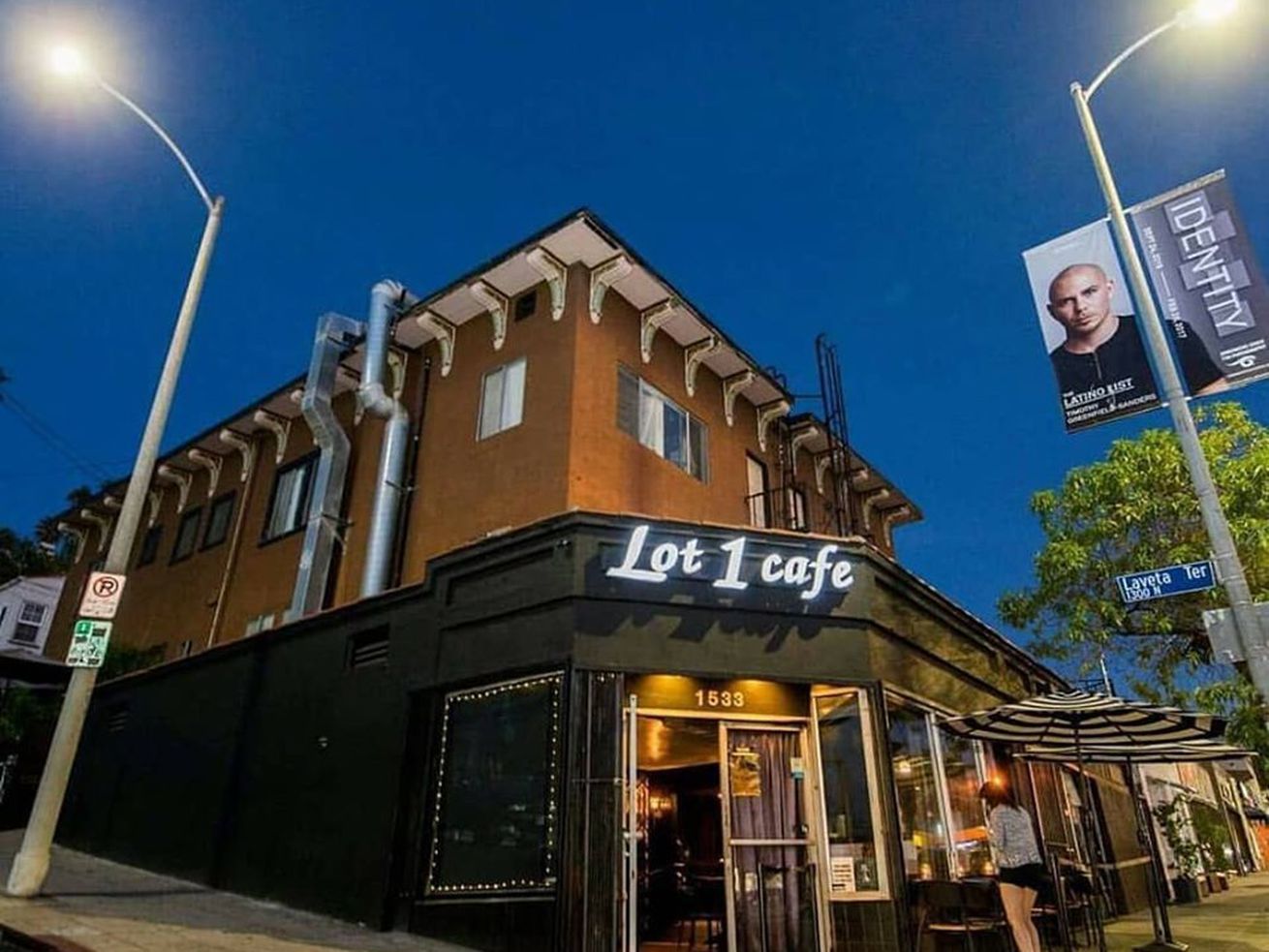 Owner Eileen Leslie posted a surprise closure notice regarding the restaurant on Facebook earlier this week, saying that she “built Lot 1 from the ground up” back in 2008 when Echo Park was a dramatically different neighborhood. In those years, she says, “No one would be caught dead at this end of the boulevard.” Over the years, Lot 1 slowly grew to become a staple for brunch and intimate live late night music shows.

Of course now Echo Park is among the hottest development and dining stretches in all of Los Angeles. Konbi, which just won a national best new restaurant award, sits a short walk up the block, and places from The Park to Bar Calo to Dinette all stay busy with their own customers now.

As for why Leslie has closed the business, she says he “doesn’t feel comfortable explaining” at this time, but does note that she continues to own the building. Meanwhile, even more competition continues to grow around the cafe space, with Elby and Lowboy coming soon to the former Lost Knight space across the street, and longtime Cafe Stella owner Gareth Kantner still plotting a restaurant, marketplace, and bar down at the corner of Sunset and Echo Park. That is to say, don’t expect Lot 1’s prime corner location to stay empty for long.