They said we could have it all, just not at the same time. They were wrong. Drunk Yoga is here to show us that, in this modern world, we can do a workout with a glass of wine in hand.

Launched in New York, the Original Drunk Yoga is popping up in Los Angeles for the first time for a run of seven classes on the roof of Hotel Erwin in Venice. Each session runs 90 minutes, split into three portions: Pre-class happy hour, 45 minutes of actual yoga, then a post-flow “wine down.” And don’t worry, the instructors design the class to be extra safe and chill, so a little wine shouldn’t make you unable to follow. 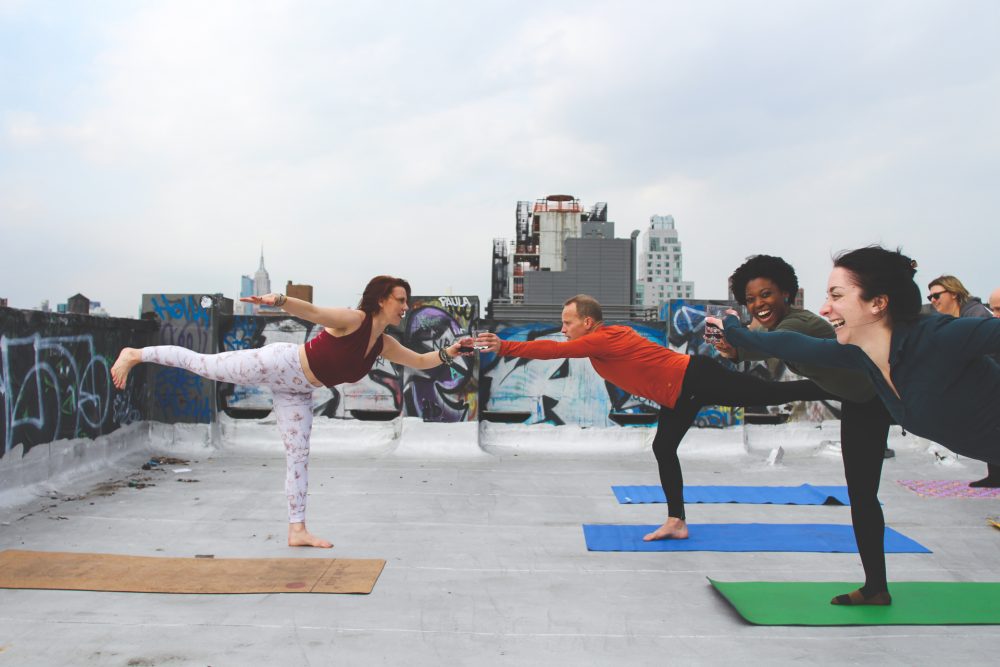 Technically speaking, calling it Drunk Yoga is a bit of a cheeky misnomer. You won’t really get drunk–most participants down around two glasses of wine over the course of the event–and any actual drunken or unsafe behavior is banned by the organizers. There is also a morning coffee-only yoga session, that has the same structure, but is totally booze-free.

The goal is to bring the vibe and camaraderie of a bar or party to the world of yoga. Many would-be yogis report intimidation at going to a studio for the first time, not knowing anybody in the room, and feeling uncomfortable and self-conscious. Founder Eli Walker realized that the time-honored social lubrication of sharing a beverage and chatting could ease some of those worries and bring more people into the fold.

While the classes are beginner-friendly, everyone from yoga-curious to super-advanced is welcome to join in. There’s even a Drunk Bro-ga option for any self-identified bros to be among their own kind–and yes, that one serves beer rather than wine.

RELATED: Sloth Barre Is the New Goat Yoga and We’ve Never Been More Into Exercise