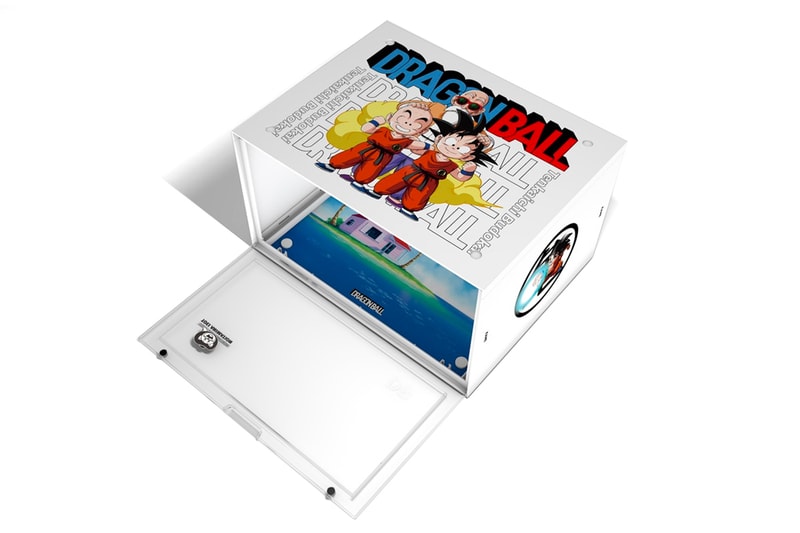 Many of the classic characters from the series such as Goku, Krillin, Piccolo, Tien Shinhan and Chiaotzu are incorporated into the box’s designs. The white, red, blue and purple designs wrap around the entirety of the boxes and include a clear panel to view the shoes inside. The designs capture the energy and excitement of the popular Japanese anime series while showcasing the individual expressions and personalities of each character. When all eight of the boxes are combined, the details and action-packed scenes merge together to reveal a themed illustration of Dragon Ball Z. A "Dragon Ball" shoe mat is also included in the bottom of every box; after collecting seven of them, you can exchange them in store for a special shoe box that is not included in part of the series.

The Dragon Ball Z x DBRukia series is set to launch August 24 to 25 and again from August 31 to September 1 on DBRukia’s online store as well as in DEAL and WZK retail stores. Each box is approximately $27 USD.

In related news, Dragon Ball Z and adidas are teaming up on a Nizza Hi silhouette.