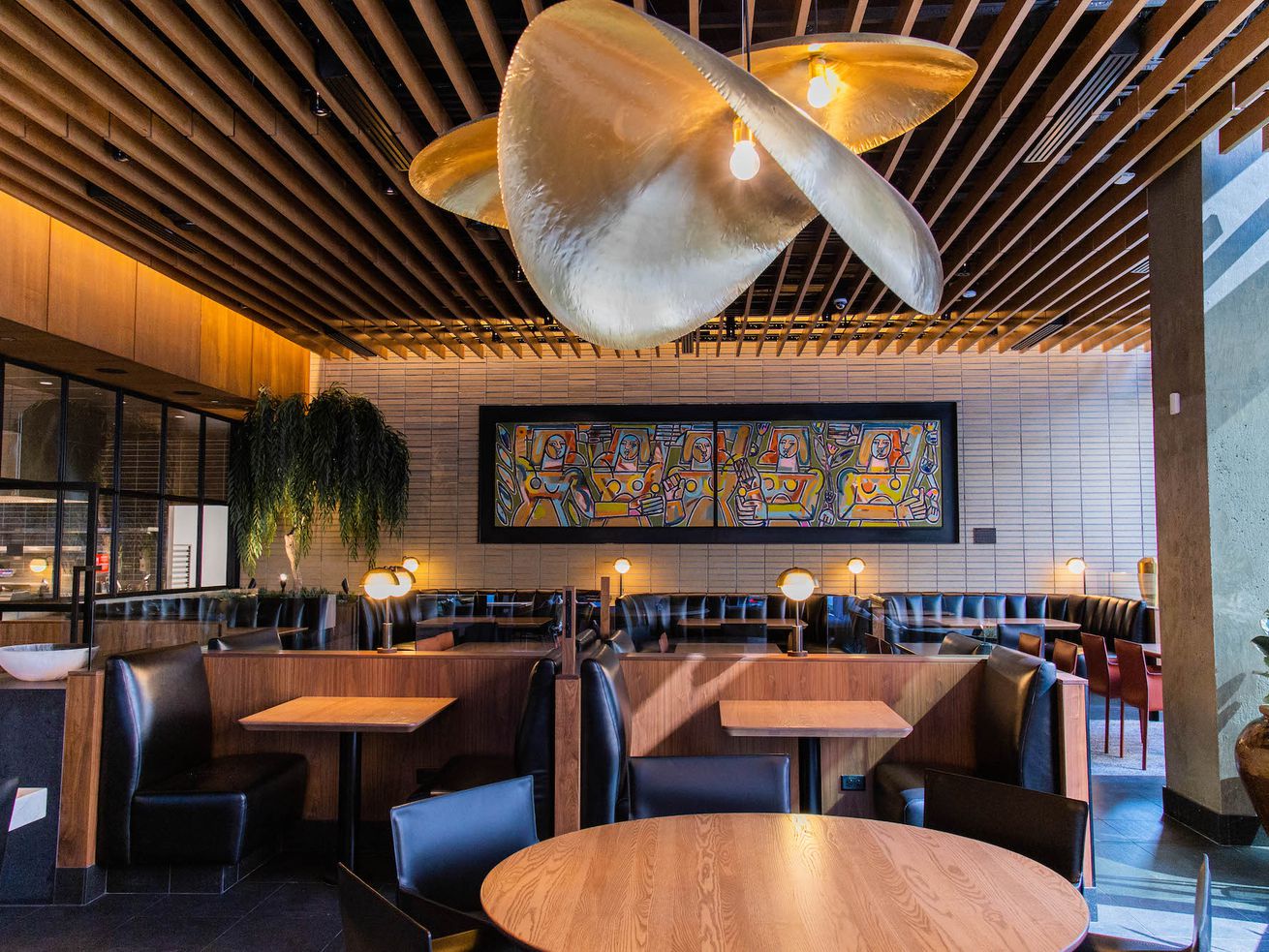 The Canadian chain Joey lands at the Bloc in July

Downtown’s long-gestating Bloc development has almost reached its final form. The open-air mall and marketplace already contains a number of restaurant and retail options, but now comes the newest member of the team: Joey, a sprawling casual chain that comes by way of Canada.

Some locals may know the Joey name already, as the company has an existing outlet at the Westfield Topanga up in the San Fernando Valley. That location, much like the upcoming Bloc one, is a big, sprawling place for pan-regional cuisine that spans from Mediterranean to Italian, Mexican, and classic American. There may be pan-fried gyoza at one table, a hearty steak at another, lobster ravioli at a third, and cocktails at all three.

The Downtown version should feel similar to the company’s existing Los Angeles-area outlet, and its more than two dozen other locations across Canada and the Pacific Northwest. The interior dining space is almost entirely done, showing off a wide street-level patio, lots of big black booths, an open kitchen, and tons of plants.

There is no confirmed opening date for Joey at the Bloc just yet, though reps say the place should be up and running in a matter of a few weeks. Meanwhile the space is largely complete and visible to the public now, for any curious on-lookers eager to see what’s happening inside.

The addition of an anchor restaurant like Joey should help the Bloc to continue to draw in customers beyond its retail tenants. Most of the other restaurants are rather small in comparison, including Urban Oven on the lower floor, and Hatch Yakitori across the plaza. The long-delayed Alamo Drafthouse movie theater and restaurant is set to open in July as well.