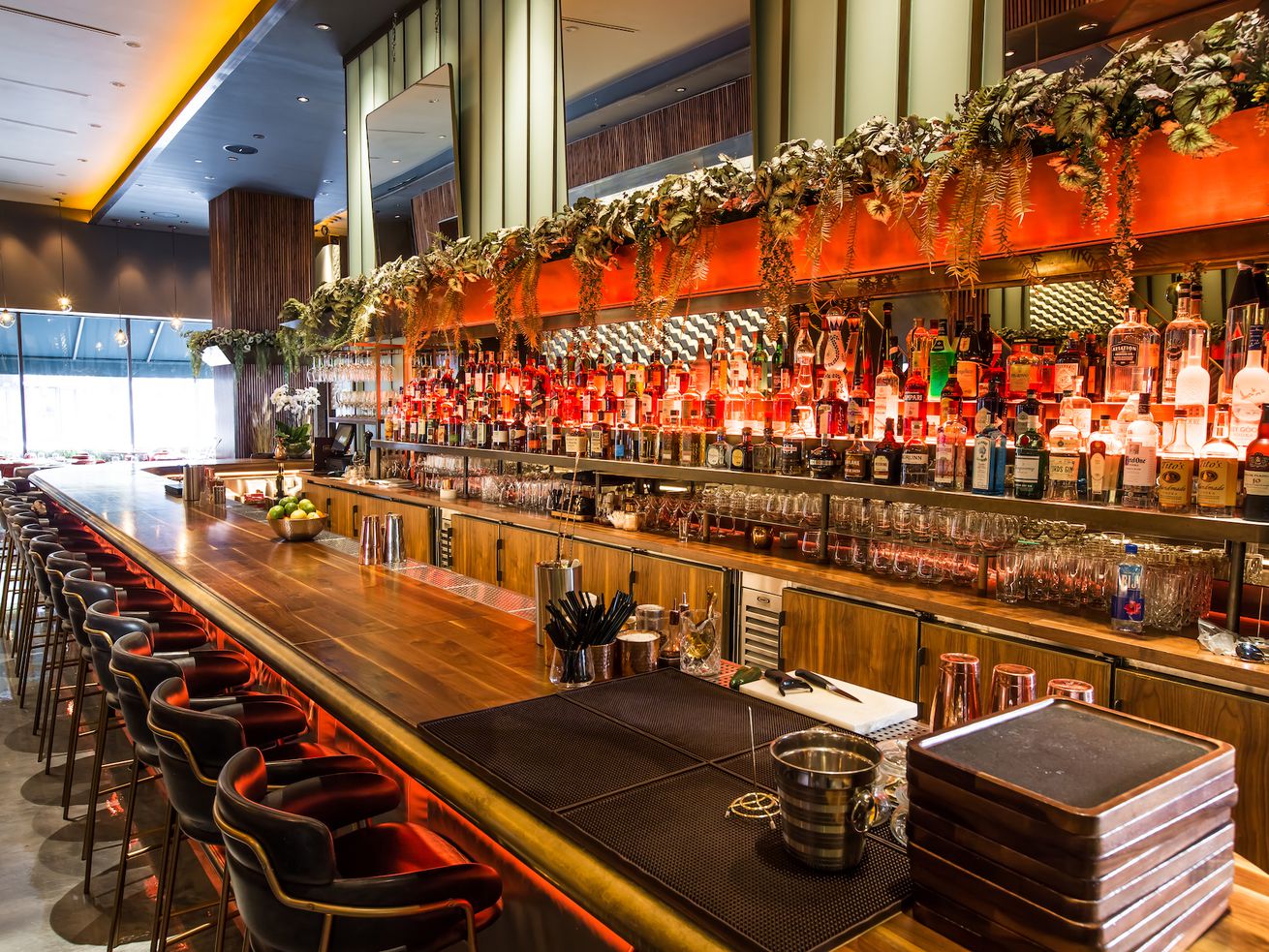 Le Grand takes over for the closed Tomgeorge tomorrow

Downtown’s next soaring Euro-centric restaurant option is Le Grand, opening tomorrow in the former Tomgeorge space on the corner of 7th and Grand. Much like its predecessor, this newcomer will focus on a variety of culinary influences, from Greek traditions to raspberry-covered oysters.

Le Grand is a quick flip of the now-shuttered 185-seat Tomgeorge space, which only closed for good on April 8 following a two-plus year run. The chairs and booths and much of the other basics in the dining room remain the same, though owners (Porto Maltese restaurant group out of Europe) did bring in some new pendant lighting, retouch the bar a bit, and add a bunch of greenery.

What’s mostly new is the menu itself, which new skews less towards clubby dinnertime fare and lounge basics to something mostly more Mediterranean. Entrees include spaghetti, scallops, and a ribeye steak, and there’s cocktails and a pretty robust wine list as well. The opening menu from Greek chefs Alex and Chris Manos, both of whom work in the kitchen and have some international fine dining experience, is below.

Le Grand opens for walk-ins only starting tomorrow, with dinner hours only running from 5 p.m. to midnight. Lunch and brunch out on the patio will come down the line. Reservations will begin on Wednesday, May 1.