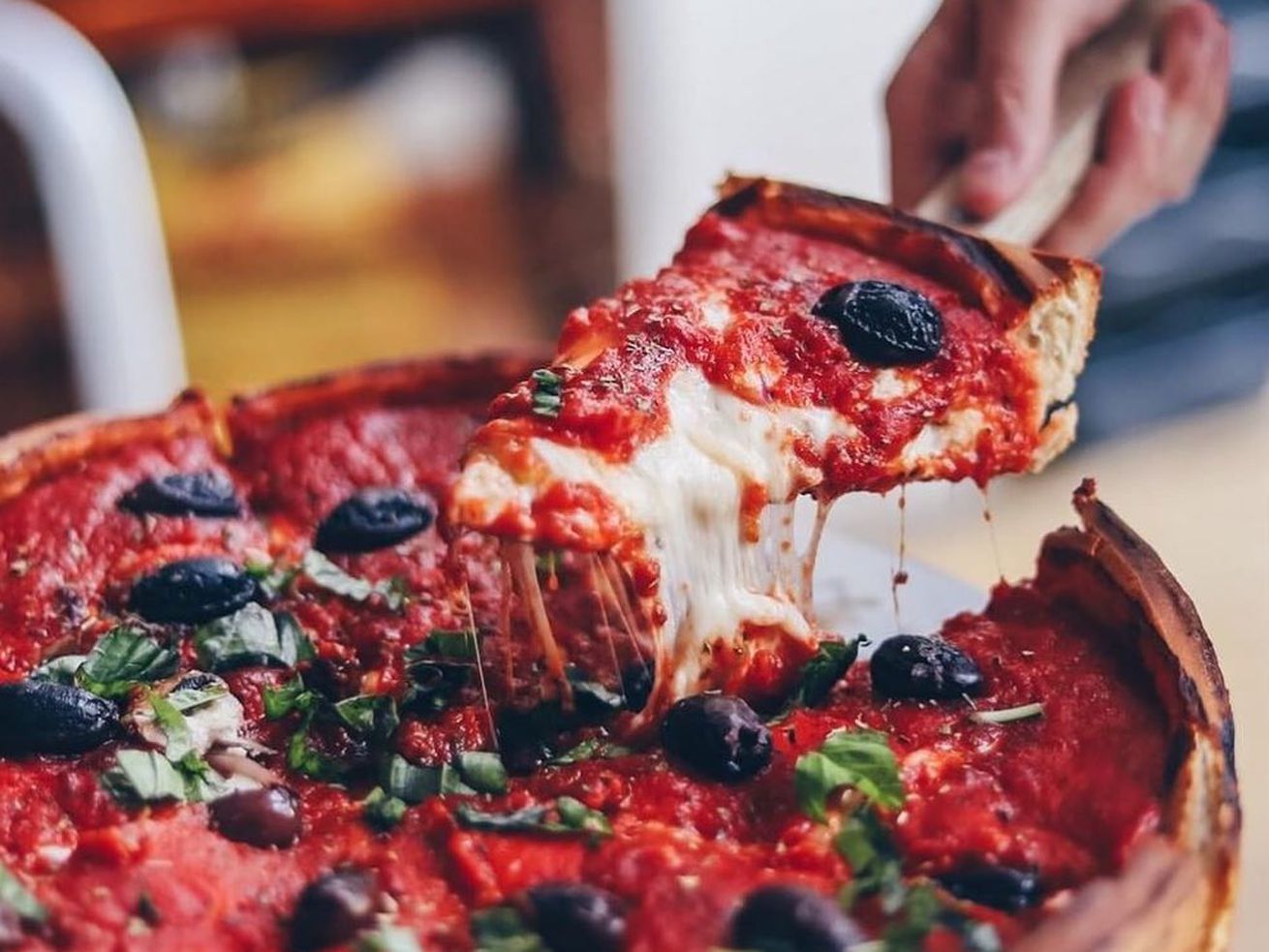 Los Angeles is a city with a boundless appetite for pizza, it seems. Next up is Patxi’s Pizza, a Bay Area-based chain that focuses on all things deep dish.

Despite starting in San Francisco, Patxi’s (pronounced “pah-cheese”) works a menu that should feel somewhat familiar to anyone who knows the Chicago-style pizza lexicon. There’s a whole menu section devoted to the thick, sturdy round pies, as well as a slew of salads, fold-over sandwiches that look like a Josef Centeno Baco creation, and even dessert pies. The company has apparently found an audience over its fifteen years, as it now boasts outlets across the greater Bay Area as well as in Seattle and Denver.

And now Patxi’s is landing in Los Angeles proper, with signage up now for a sprawling new location at L.A. Live, inside the former Lawry’s. It’s an extremely visible location with frontage and patio seating looking out on to Figueroa, and sits right across the walking lane from the recently-opened Shaquille’s, a Southern restaurant named after the iconic Lakers big man himself.

Eater reached out to Patxi’s for more information on timing, but so far has not heard back. Meanwhile, anyone needing a fix of deep dish can head to Hollywood Pies, Dough Box, Blackbird on Melrose, and — soon enough, at least — to Sherman Oaks for a franchise taste of Chicago classic Gino’s East.