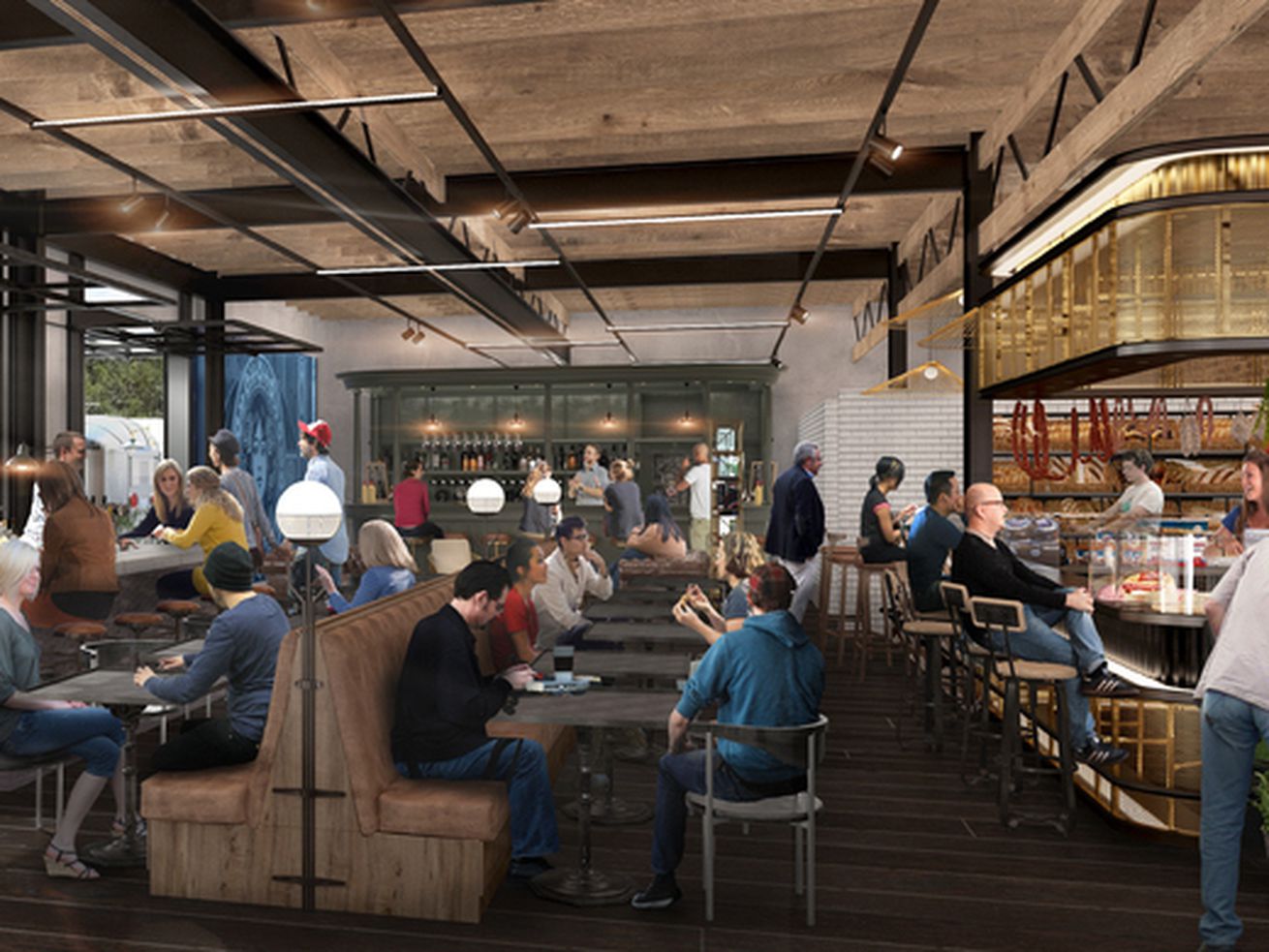 Plus Shake Shack to Marina del Rey, and distilling in Long Beach

Culver City’s upcoming Citizen Public Market is still well under construction, but the breezy indoor-outdoor property already feels like it holds the key to Culver City’s finicky downtown dining scene. The 6,600 square foot building will offer 11 different stalls with a variety of food options from pizza (possibly by an Italian master) to seafood legends Jolly Oyster to wine bar seating and more. Reps for UPMS and RM/d, the companies behind the food hall, say the two-level market is still attracting tenants, but about half of the leases have been signed so far. And with Amazon and other companies set to completely remake the neighborhood, the late-2019 opening timing could be perfect.

Bru on the block

There’s another casual name in Marina del Rey dining today too: Bru’s Wiffle 2. The place does everything from brussels sprouts to avocado toast to, of course, sweet and savory waffles and french toast. 3105 W. Washington Blvd., Marina del Rey.

Portuguese Bend, Long Beach’s first craft distillery, is set to open in early April. That’s per the Long Beach Post, who note that the upcoming project will make gin, rum, and more, with a focus on bringing customers in on the experience of distillation with giant glass panels and just the right amount of education.

There’s a new chef in charge over at Alexander’s Steakhouse in Pasadena. Florent Courriol has been given the title of executive chef at the high-end steakhouse after a long run at Michelin-starred restaurant Amber in Hong Kong and, before that, L’atelier de Joel Robuchon.

Back on the Westside

Chef Michael Fiorelli is popping up at Tallula’s in Santa Monica next month. The former Love & Salt chef will be side-by-side with his onetime partner in crime Rebecca Merhej for the March 6 dinner, doing casual California Italian cuisine for $95 a head.