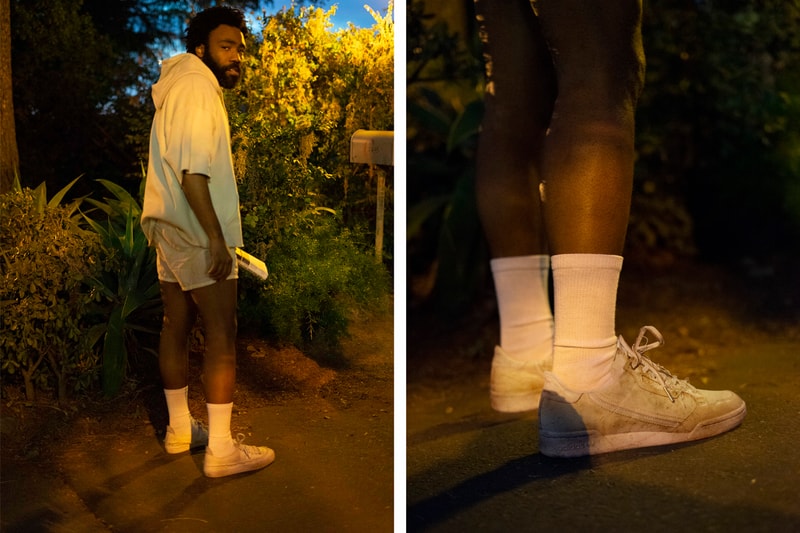 Last September, Donald Glover and adidas announced their partnership to the world, and now today, the two have unveiled their first collaborative project from the fittingly-ambiguous series dubbed "Donald Glover Presents."

The first drop consists of three pairs of adidas Originals kicks: Continental 80, Nizza and Lacombe. Each model comes dressed in an off-white, pre-distressed canvas construction with full-white accents and sole units. The Nizza and Lacombe however feature a pop of color, where the former has white/navy laces, and the latter sports a seafoam green on its laces and Three Stripes motif. According to the accompanying press release, "the silhouette mimics a worn aesthetic, symbolizing that the wearer has accrued many life experiences whilst in this footwear." So the message is simple: wear your kicks and experience life!

Having hosted a big reveal last night in Los Angeles, the first of many drops from Donald Glover and adidas is set to hit global retailers and adidas.com on April 26.