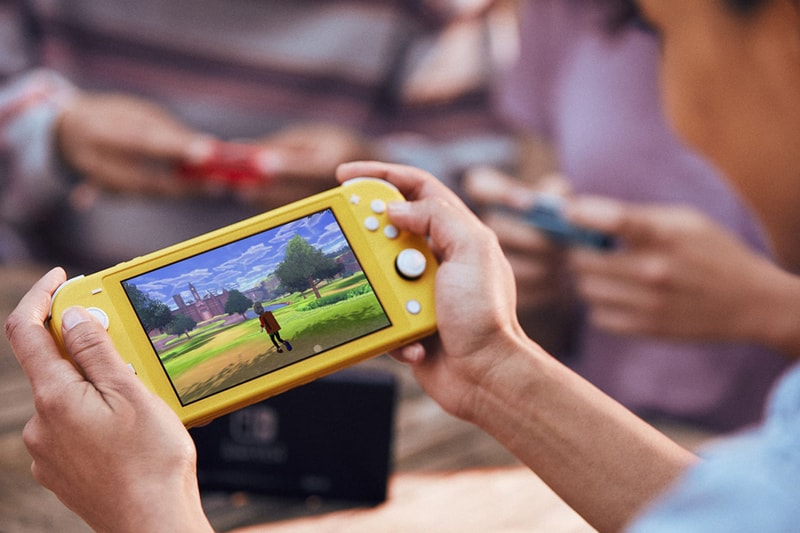 Back in April, The Wall Street Journal reported that Nintendo would release two new versions of the popular Switch consoles. Fans instantly speculated what changes could be made, with many hoping for upgraded hardware and new features. Instead, Nintendo has made the opposite choice with a slimmed down version — enter the Nintendo Switch Lite, a smaller, lighter, cheaper, handheld-only version of the original console.

The Lite version certainly looks sleek, but in order to achieve this lighter build, more than a few key components from the first Switch had to be removed. Some would say these components happened to be some of the driving elements of the Nintendo Switch’s initial success. While the original Nintendo Switch boasts a dock that enables the handheld device to be played on a television, the Nintendo Switch Lite will not be compatible with a dock, leaving players stuck with a handheld-exclusive experience.

But all those details aside, the crucial question for many Nintendo Switch fans will be: do you need to buy the Nintendo Switch Lite? We’ve broken down the pros and cons of the new console below ahead of its September release. The Nintendo Switch Lite comes in at $199.99 USD, about $100 USD short of the base unit’s asking price. It’s also more compact, which is something many fans expected from newer iterations of the console. Nintendo has previously shrunk portables like it did with the Game Boy Pocket and the Game Boy Advance SP, and it’s great to see it implemented again with the Switch Lite. The Lite comes in at 8.2 by 3.6-inches, making it 1.2 by 0.4 inches smaller than the standard unit, and it’s also 0.21 pounds lighter.

The console remains just as much a powerhouse in comparison to the original Switch, with a battery that’s said to last a half-hour longer than the full-size Switch’s 7.5-hour maximum. It also has a standard designed D-Pad, a welcome change from the original unit’s D-Pad, which uses a separate button layout and many fans noted was unresponsive with the launch of titles such as the Street Fighter 30th Anniversary Collection. Andrew Webster also notes on The Verge that the new JoyCons makes the Switch feel more sturdy, as the original controllers tend to slide out from the console.

But the coolest thing about the Switch Lite is its variety, as the new handheld-only system will be available in three distinct colors: yellow, gray and turquoise. Its new matte texture may also allow for more special edition versions of the console to crop up. The upcoming Pokémon: Sword and Shield is already scheduled to get its own edition in November. While there are no technical differences in performance between the two consoles, the more compact frame does include some tradeoffs. In order to achieve its newfound lightness, IR sensors for motion controls and Rumble HD feature for vibration effects had to be removed. This makes certain titles for the Nintendo Switch incompatible with the Nintendo Switch Lite. Games like Super Mario Party can’t be played in Handheld Mode since it utilizes motion controls, and since the controllers can’t be detached, users can’t play it in Tabletop Mode either without using base unit Switch controllers.

Connected JoyCons also rob the device of its pick-up-and-play co-op aspects, as the standard version of the Switch allows players to detach them into two separate controllers for two-player shared or split-screen titles. This feature was ideal for games like Mario Kart 8: Deluxe and Mortal Kombat 11 that had developed inputs for the horizontal control scheme of the JoyCons. Although Nintendo will notify users in the eShop when a game is incompatible with the Lite, the versatility of playing some of the console’s hallmark titles is lost. Not only that, but you won’t be able to have your JoyCons individually repaired since they don’t detach.

Although we don’t know for sure, The Lite’s "updated" battery sounds like it’s the same battery as previous versions. It seems instead that the original Switch’s auto-adjust brightness feature is disabled, saving 30-minutes worth of energy. According to The Verge, Nintendo claims a new chip placement in the updated design also plays a factor, but the company wasn’t willing to go into further details on how the battery itself is an improvement over the previous device.

The lack of a dock reverts the first-ever portable home console to a buffed up iteration of the Nintendo 3DS XL. Although many hardware specs carry over to the Lite, aesthetically advanced games like The Legend of Zelda: Breath of the Wild (a motion control-enabled title) are stuck at a resolution of 720p.

To buy or not to buy? As mentioned previously, Nintendo is known for releasing incremental updates in hardware. However, where those increments resulted in drastic, yet much-needed design implementations, the Switch Lite could be perceived as a backtrack. The slimmer, sleeker design isn’t condensed enough to make a difference in comparison to the base model, which could become smaller when the JoyCons are removed. In comparison, the change from the bulky original Game Boy to the smaller Game Boy Pocket was more impactful, with the latter even updating the original’s green-tinted display to a more legible black-and-white version. Meanwhile, the Switch Lite has the same display with the same resolution, albeit on a smaller screen.

The jump from the Nintendo Switch to the Nintendo Switch Lite reminds us of when the Nintendo 2DS came out. It took away the Nintendo 3DS’ 3D-display selling point in favor of a sleeker, more kid-friendly design. Its lack of hinges altered its portability, similar to the Lite’s permanently attached Joy-Cons. Previously released 3DS titles made to run with a 3DS display also lacked elements of the playing experience found on a Nintendo 3DS. And although we haven’t had hands-on time with The Nintendo Switch Lite, the very same could remain true playing titles stuck in Handheld Mode with no use of previous JoyCon tech.

In short, our verdict is to skip the Nintendo Switch Lite for now. But we’ll keep our eyes peeled for further info once it officially launches.

The Nintendo Switch Lite will launch on September 20 for $199.99 USD in three colors alongside the release of Link’s Awakening. A Pokémon Special Edition will be released on November 8.