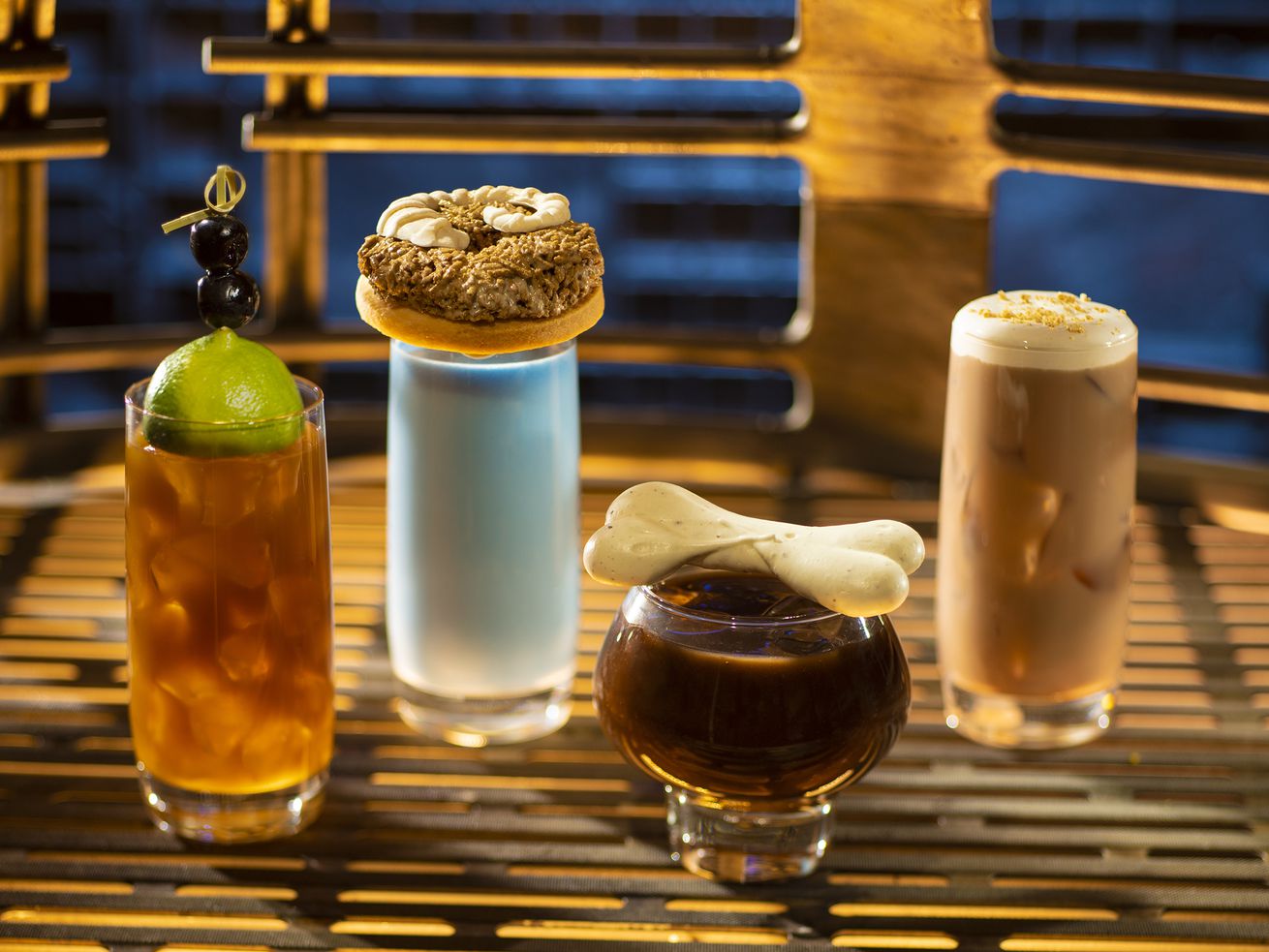 The Star Wars Disneyland takeover is almost here. Starting this summer a slew of new branded activities, rides, and restaurants will drop at Southern California’s most beloved amusement park, including the surprisingly booze-friendly Ogas Cantina. Here’s what to expect.

According to Eater, “Virtually every item is edible fan service” within the new Star Wars dining landscape. That includes a bloody mary option known as the Bloody Rancor, as well as more colorful takes like colored blue “bantha” milk. There will also be a ton of vegetarian and vegan-friendly non-dairy options across all of the menus.

Another restaurant to come is called Docking Bay 7 Food and Cargo, which will stand as the main dining facility within the so-called Star Wars land (it’s actually called the Black Spire Outpost on Planet Batuu). The various menus there will offer options like smoked “kaadu” ribs, quick-rising breads, and desserts like raspberry creme puffs. Don’t worry, there are salads, hot dogs, and more traditional fare as well.

Eater has even more information on upcoming menu items and restaurant details to land at Disneyland sometime this summer. As for an exact opening date, that’s still in the works.