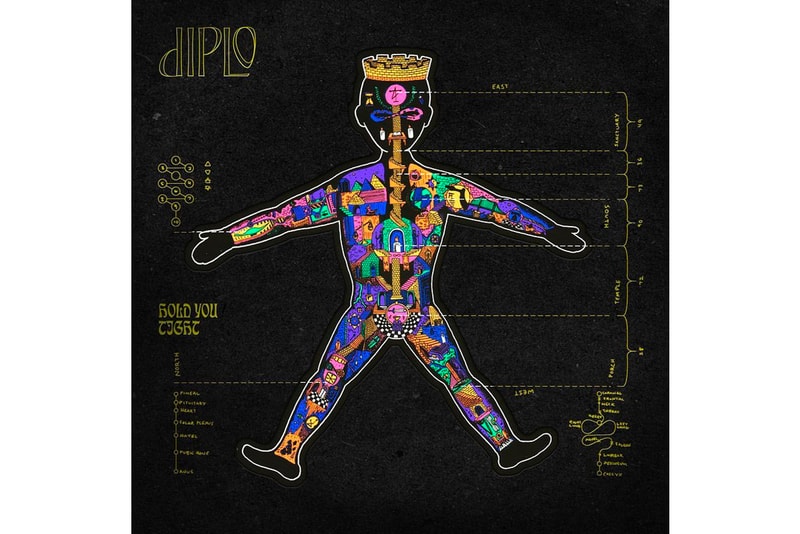 Before Diplo was a thriving producer for some of the Pop industries largest artists – including Justin Bieber, Snoop Dogg, Bad Bunny, Gwen Stefani, Britney Spears, and Madonna, just to name a few – he was a thriving artist who was swallowed into the eclectically fast-growing dance and house music industries. Diplo was at the forefront of the globe’s now-huge EDM movement, taking on various sonic personas through dancehall-heavy Major Lazer to his and Skrillex’s Jack Ü. Yet while he conjured up his goods behind the scenes, much of Diplo’s OG fans felt lost – craving for the old school sound that prompted his career to blossom. With that in mind, the prolific producer-meets-DJ has returned with an EP full of house-heavy cuts, aptly entitled Higher Ground.

Relishing in a sound that transports listeners back to the late 2000s, Diplo’s new release promotes an idiosyncratic melding of both new and old. His previously released cuts on the project, “Bubble Up” and “Hold You Tight,” are filled with old school house vibes, reminiscing on a sound he showcased years ago. The newly released joints alongside Tove Lo, Blond:ish, and Kah-Lo carry forth with much of the same atmosphere, offering up anthem-like toplines that are sure to help in mandating the cuts as Summer festival hits.

You can listen to Diplo’s Higher Ground EP below.