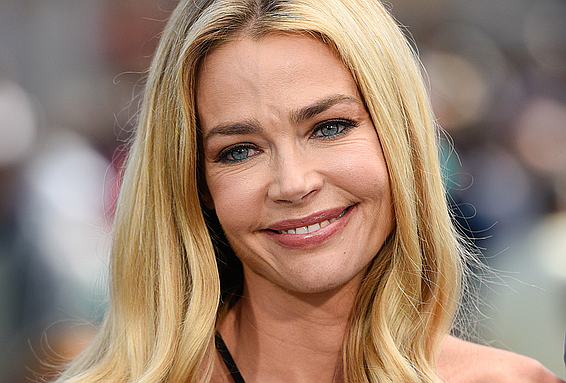 Denise Richards claims she’s all natural—for the most part.

“I have only done my boobs and I am very open about that,” the
48-year-old actress and model tells The
Daily Telegraph before definitively clearing the air about the many speculations
surrounding her face: “I don’t do Botox or fillers.”

You May Also Like: Drew Barrymore Reveals the Product She Uses to Supplement Her Noninvasive Treatments

As the newest star of The Real Housewives of Beverly Hills, Richards says the spotlight is on her
face now more than ever. “It is funny to me on social media people are saying I
have had so much plastic surgery,” she says of the major speculation surrounding
her face, likely spiking after signing onto the hit show.

Although joining a
cast filled with women such as Lisa Vanderpump and Lisa Rinna who have been
outspoken about the work they’ve gotten done would make it tough to deny rumors,
Richards urges skeptics to pull up older photos of her. “I have had the same
nose if people look it up—and the lips,” she adds.

“When people watch the show, my face moves. So much so that
it’s actually distracting. I am with these beautiful women who look flawless all
the time, and I don’t do that stuff.” While Richards isn’t bashing cosmetic
enhancement, it’s clear in-office tweaks aren’t for her.

Here we go💎 2019…. #rhobh And I’m terrible with this Instagram thing. I will get better. I don’t even know how to do a link😂 http://www.bravotv.com/the-real-housewives-of-beverly-hills/season-9/videos/heres-one-thing-you-need-to-know-about-denise