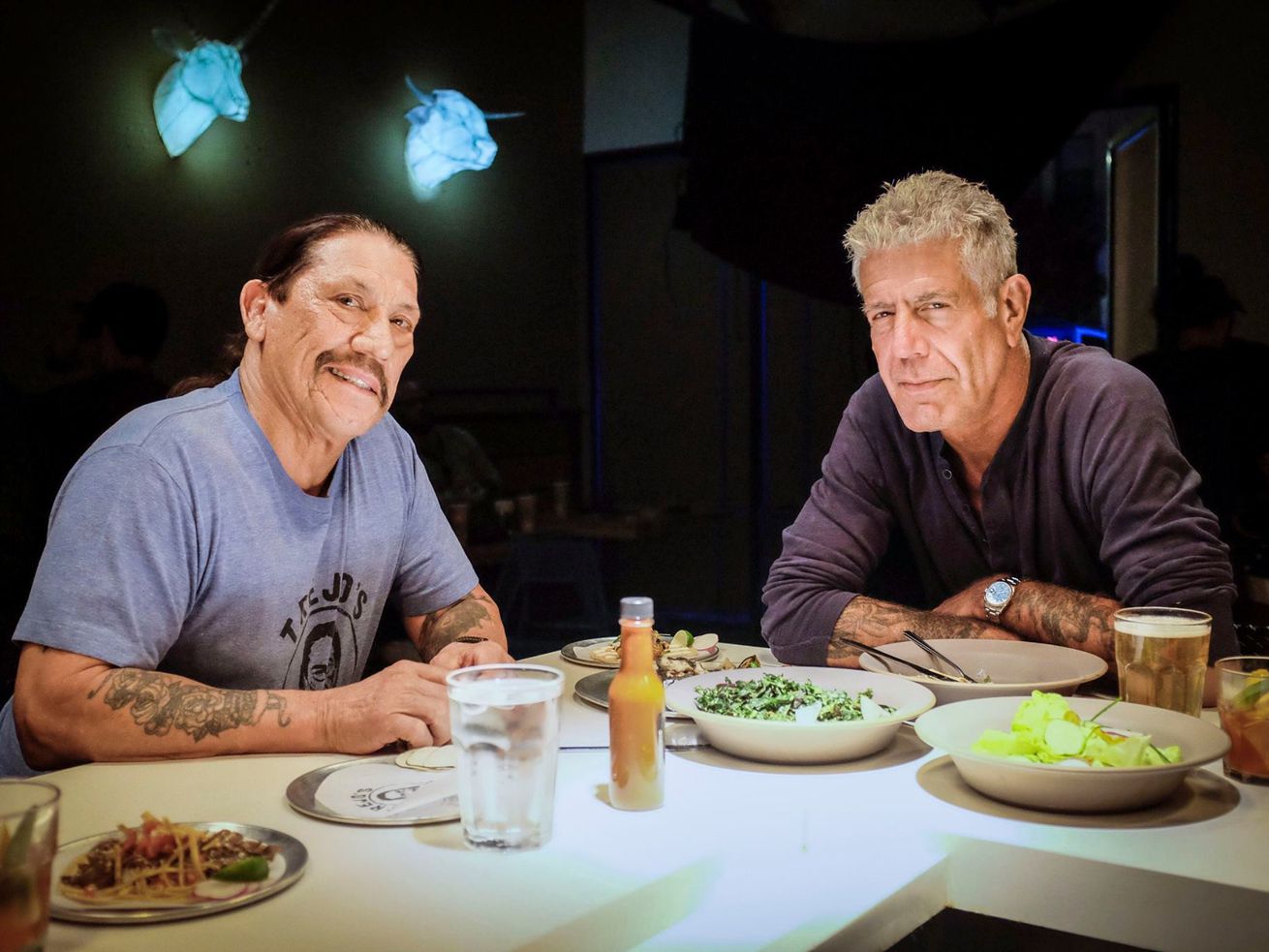 Plus new cocktails in Echo Park, and where to eat in OC

Danny Trejo’s expanding restaurant and packaged goods empire shows no signs of slowing down any time soon. Forbes checked back in with the longtime character actor to assess the success of his growing non-movie brand, including his company’s eight current restaurant locations from Woodland Hills to Pasadena. Trejo and his partners have also recently launched their own line of beer, and Trejo says that, while they aren’t ready to franchise, plans to grow into Colorado or Texas in the near future is certainly “high on our agenda.”

There’s a new gelato shop finishing up construction at 8318 W. 3rd Street in Mid-City West, with hopes of opening in time for summer. Follow along with the process on their Instagram.

Echo Park neighborhood staple the Semi-Tropic now has a full liquor license, which means lots of new and classic cocktails alike, including the gorgeous below photo of a penicillin.

The Habit burger chain is apparently struggling to come to terms with California’s “rising labor costs” associated with the state’s minimum wage, and is turning to higher prices and a more expansive delivery model to help stem the tide, says Nation’s Restaurant News.

Brad A. Johnson’s list of best places to eat in Orange County is out, and the Orange County Register has painstakingly put the entire compilation into one easy to use map that stretches across the county.

Culver City’s Bar & Garden is doing a collaboration with the folks from Poncho’s Tlayudas on Sunday, May 19 from 2 p.m. to 5 p.m. The plan is to pair the pop-up’s Oaxacan food with a variety of natural wines.

Steaks in the desert

Agua Caliente’s Rancho Mirage resort has a new chef named Kenneth Williams helming its steakhouse. He was previously at Four Seasons in Newport Beach and Beverly Hills before taking on a position at Wolfgang Puck Catering. The veteran also worked at the Mirage and Bellagio in Vegas before settling into the casino and resort. On the brunch menu, an early highlight is the fried duck eggs with prime rib eye steak and truffle hash browns for the ritzy price of $47.

Severance bar and restaurant on Melrose has updated its weekly drink programming, with options that run from all-day rose on Tuesdays to flatbreads and lambrusco on Sundays, with happy hour deals in between. Check out the full list below.