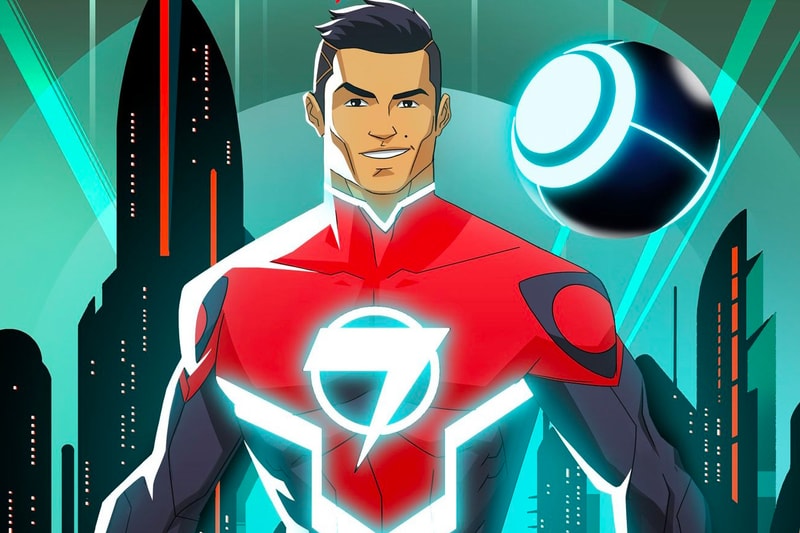 Several months after football superstar Cristiano Ronaldo announced his newest project with Graphic India, the five time Ballon d’Or winner has debuted the trailer for Striker Force 7 — a cartoon and comic book series which sees him become a superhero — via his social media accounts. The video, linked below, shows the superstar stepping out of a limo and signing autographs for his fans before trouble hits, demanding his attention. He transforms into a superhero by the push of his watch dial. Dressed in a black and red super-suit with neon blue highlights and a large ‘7’ emblem on his chest, Ronaldo can be seen putting his extreme football skills to use, destroying robot foes with a high-tech robotic-looking football.

Speaking about the project, the Juventus player said: “In the same way football connects cultures and people around the world, I believe great animated characters and heroes can do the same and that’s why I am excited to bring together these passions of football and superheroes through this project and share it with my fans.” Sharad Devarjan, co-founder of Graphic India, added: "CR7 is a real-life superhero to a generation and this new series will bring together a global team of characters from our world and others, that are representative of the diversity of his millions of fans.”

Aside from his animated series, Striker Force 7 also comes in comic book form, which can be purchased over at the series’ official website. A free issue will also be available on Free Comic Book Day, so make sure to check your local comic book store then.