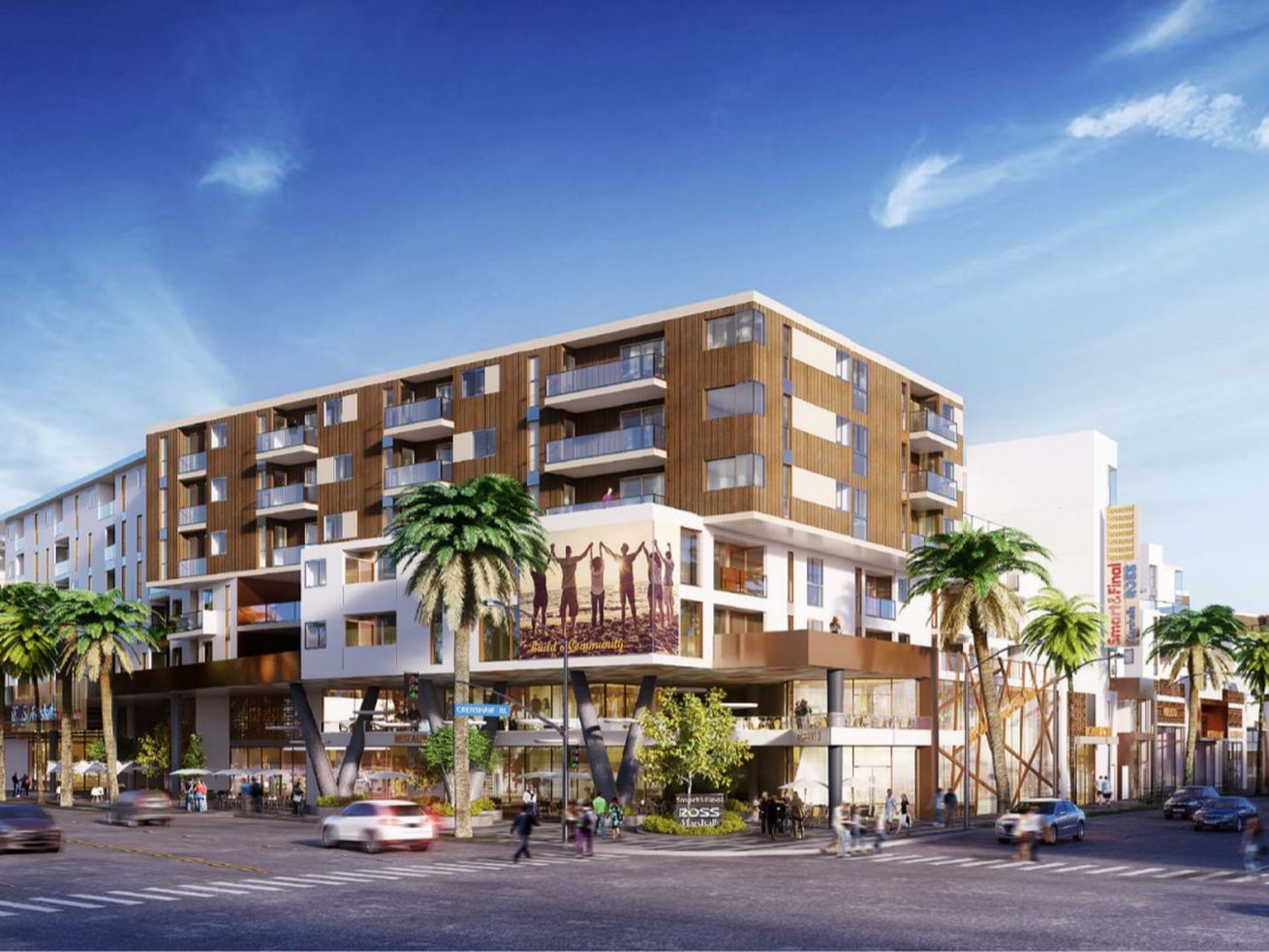 The most recent rendering of the District Square project. | Via department of city planning

Two appeals have been filed against plans for District Square, a development that would bring more than 570 apartments, 934 parking spaces, shops, a grocery store, and restaurants to a 6-acre site near the Expo Line.

Originally planned as a large retail center with a Target, the development at Exposition and Crenshaw boulevards has been beset by delays. It was approved in 2010, and was expected to be complete in 2013. In preparation, a Ralphs that was on the site was demolished. The site now sits empty.

Last year, it resurfaced as a larger project with almost triple the residential units that had been proposed in a 2015 version of the plan. In June, the planning department issued a determination letter for the project, a final step in the city’s approvals process.

Its owner is listed as District Square, an LLC linked to Arman Gabay and Mark Gabay, co-founders of the West Hollywood-based development firm Charles Company. Mark Gabay is listed as the property owner and applicant on city planning documents.

Arman Gabay was arrested last year on suspicion of bribing an LA County employee. In May, the Los Angeles Times reported that developers had defaulted on $6.3 million in federal loans on the project.

The developer’s legal problems are noted in an appeal filed by the Crenshaw Subway Coalition, which takes issue with allowing the project to proceed in light of the bribery allegations.

The coalition is also concerned about the creation of 577 market-rate units in the neighborhood—units which are “unaffordable to area residents” and “will lead to rent increases that [will] make living unaffordable.”

When the project first emerged, it was solidly supported by Los Angeles City Councilmember Herb Wesson, who represents the area. The Times reported that in 2012, the councilmember worked to secure $6 million in loans from the city for the project.

But as time passed with no movement on the site, Wesson’s approach to the project changed. Wesson told the Times in May that “the developer should get out of the way, so the city or another developer can deliver a mixed-use project the community wants and expects.”

Sophie Gilchrist, Wesson’s communications deputy, tells Curbed that the councilmember’s office has not had conversations with the developer or worked with it on the project in the last 12 months.