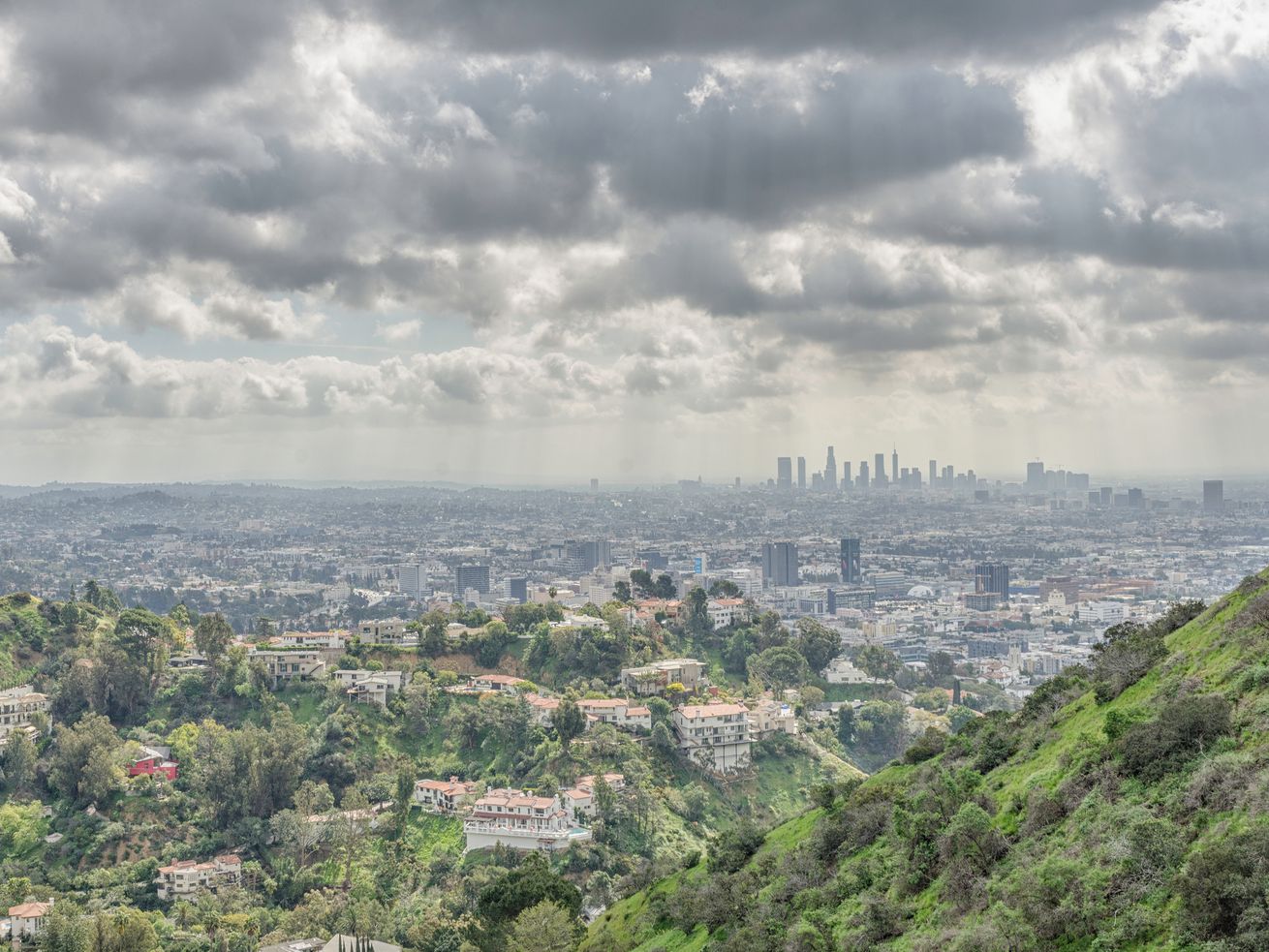 So much for the start of summer

Hoping for a balmy Memorial Day weekend to kickstart the summer season? You’ll have to join the throngs of people leaving town to find it.

In Los Angeles, the weekend will be cool and gray, according to the National Weather Service. There might even be a little rain.

The wet weather is expected Sunday, though it likely won’t be torrential. The forecast calls for less than a quarter-inch of rainfall throughout Southern California. At higher elevations, rain could also fall Saturday night.

Fortunately, the worst traffic of the weekend should be over by the time any precipitation starts slicking LA’s roadways.

Meanwhile, the mercury in Downtown LA isn’t expected to get past 70 degrees until Tuesday, forecasts the Weather Service. Closer to the beach, expect slightly cooler weather. Highs in Santa Monica and Long Beach are expected to be in the low 60s throughout the weekend.

That’s far from frigid, but a bit brisker than normal. In Downtown LA, the average May 25 high is 73 degrees; in Long Beach it’s 72 degrees. The same data isn’t available for Santa Monica, but the average daily high for May is 65 degrees.

For those determined to get to the beach, rain or shine, the weather service is also warning swimmers to look out for strong rip currents expected over the weekend. The agency recommends ensuring a life guard is present before going in the water and knowing what to do if caught in a strong current.