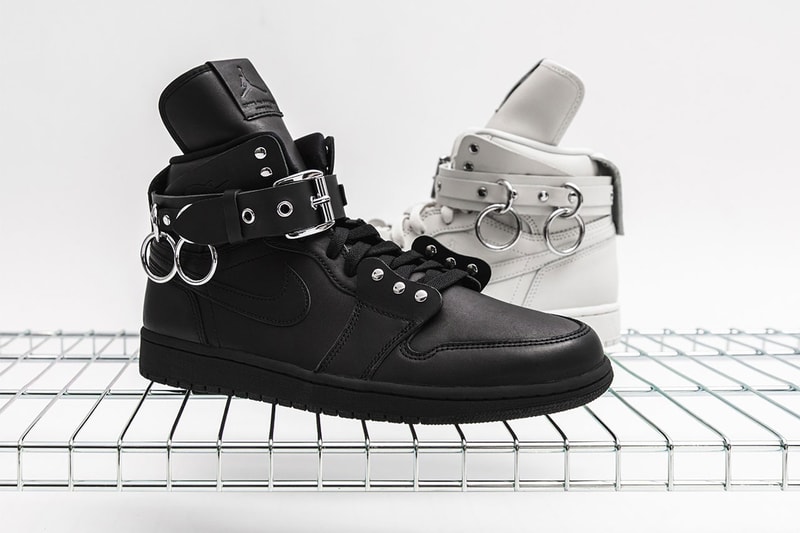 Though we saw the sneakers in detail last month, COMME des GARÇONS‘ has yet to reveal the official release date of its collaboration Air Jordan 1 — until now. CdG press has confirmed to HYPEBEAST that the seasonal sneakers released on August 2 in-store at New York’s Dover Street Market and COMME des GARÇONS flagship, marking the shoes’ only Western release to date.

First seen as part of the Japanese brand’s Fall/Winter 2019 runway presentation, this release marks COMME des GARÇONS’ first joint effort with Jordan Brand, sporting a raised tongue and dangling metal accoutrement in line with the gothic themes present in the seasonal HOMME Plus collection. Though the shoes didn’t receive an official release date from either party, it follows logic that they’d hit stores in line with the FW19 goods, which have already begun to arrive at CdGHP stockists.

The surprise drop saw both white and black colorways launching at the two COMME des GARÇONS-owned locations in New York with a price tag of $345 USD. They’ve already launched in Japan, with resellers asking up to ¥50,000 JPY (approximately $470 USD), as you can see below, a significant bump over the Japanese retail price of ¥39,000 (approximately 365 USD). If you aren’t in New York or missed your chance to pick up your size, expect COMME des GARÇONS’ collaborative Jordans to reappear in September with a wider release.