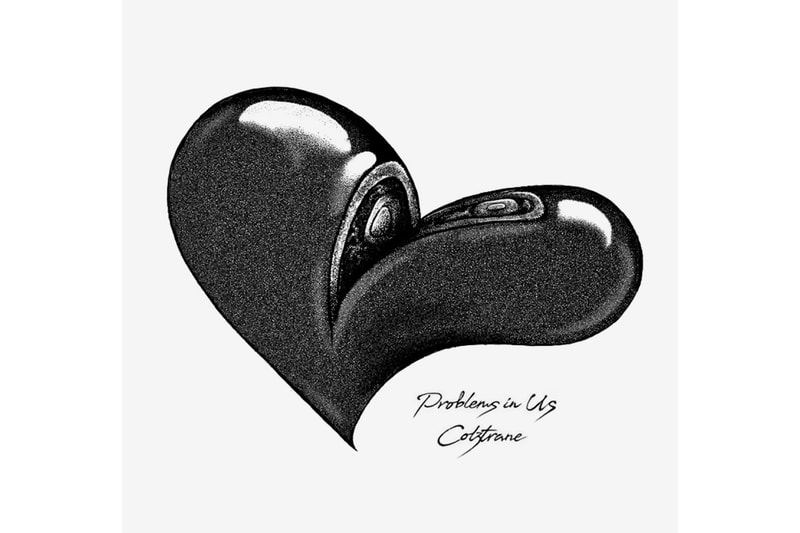 Electrifying R&B up-and-comer Col3trane has announced that his new EP, Heroine, will be arriving at the end of this month. To commemorate the announcement, the artist has shared an electrifying new cut, “Problems In Us."

Anticipation surrounding the artist’s return with a project was high after releasing his DJDS and RAYE collaboration “The Fruits” in February, following with the soul-stirring cut “Superpowers” featuring GoldLink. Last year’s B.O.O.T mixtape was one of the most electrifying debuts of recent memory, effectively putting the young artist onto the music industry’s map, with fans starving for more material. Aptly characterized as an amalgamation of Frank Ocean and Majid Jordan, Col3trane’s year is shaping up to be immensely promising.

The new track, produced by famed electronic artist Sega Bodega, carry’s through with much of the same sonic sensibilities as showcased in the previous two tracks. Hard-laying basslines, snares and more interact effortlessly alongside the melodic guitar riff, bolstering a sense of juxtaposed sounds — it’s as hard-hitting as it is silky smooth. Col3trane’s vocals ultimately help in mandating this, carrying through with his singing and songwriting abilities to showcase an unforgettable topline.

You can listen to Col3trane’s new single “Problems In Us” below. Heroine EP will arrive via TaP/Geffen Records on May 31.

“Problems In Us” Out At Midnight. ?