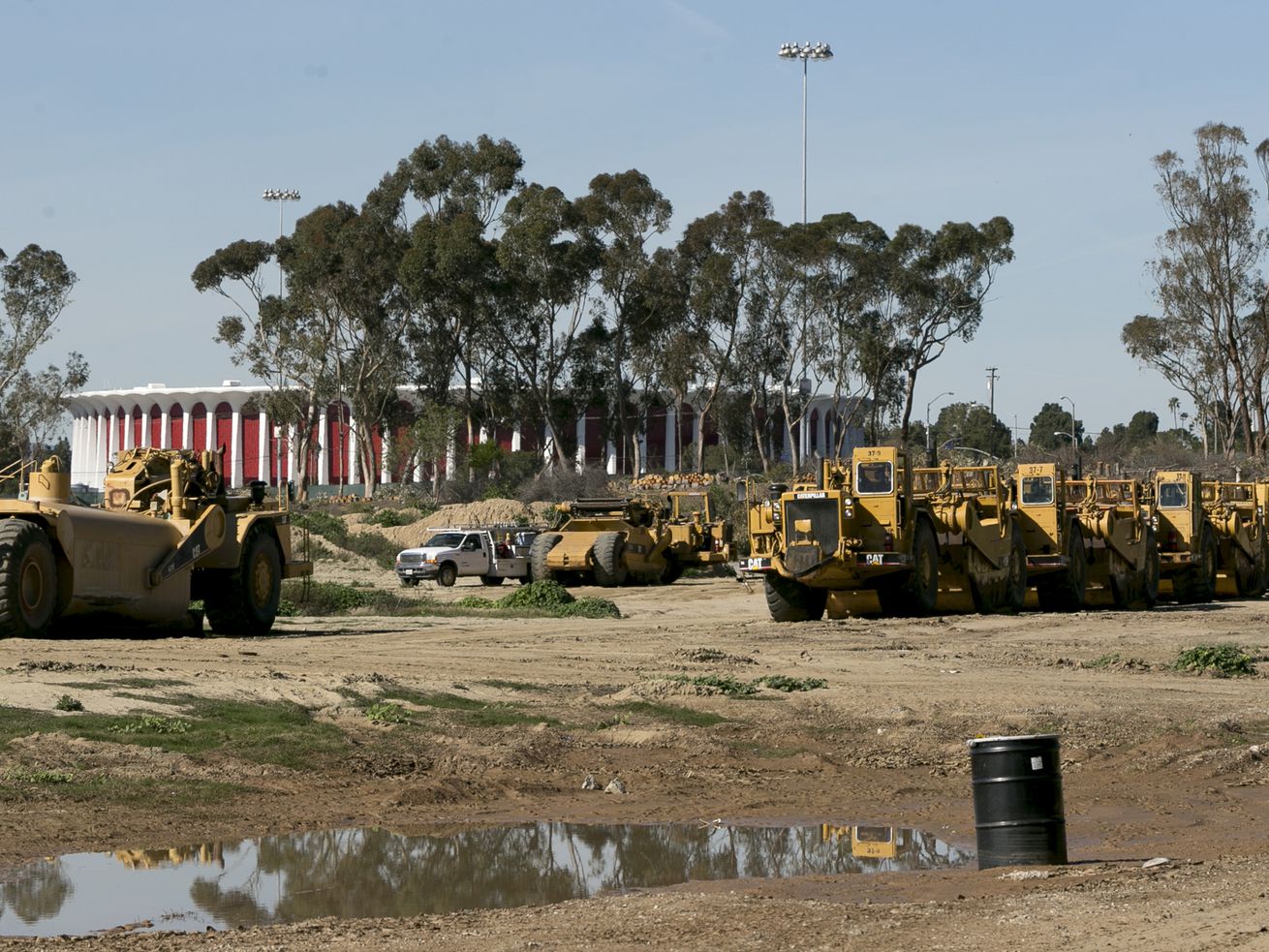 The district attorney found that the city violated the Brown Act, but says it’s too late to take action

The Clippers and Inglewood officials did not give the public enough notice about a deal to build an NBA arena in the city, the Los Angeles County District Attorney’s office determined in a letter released today.

When the City Council voted to enter into an “exclusive negotiating agreement” with the owners of the Clippers in June 2017, it did not include in its meeting agenda a description about the location of the proposed arena or the scope of the project, according to Deputy District Attorney Bjorn Dodd.

“The deficiency of the agenda descriptions appears to have been part of concerted efforts between representatives of the city and the Murphy’s Bowl LLC to limit the notice given to the public,” Dodd wrote in the letter, dated May 17. Murphy’s Bowl is a Clippers-owned company.

The DA’s office found that the omissions amount to a violation of the Brown Act, California’s open meeting law. But Dodd said the complaint was received by the office too late to take action.

Had it been received on time, the City Council’s decision to enter into negotiations could have been deemed “null and void,” Dodd wrote.

A spokesperson for the DA’s office would not disclose when the complaint was filed or by whom.

In the letter, Dodd also notes that the agenda item didn’t even include the name “Clippers.” Instead, the agenda said the city was considering entering into negotiations with “Murphy’s Bowl LLC, a Delaware Limited Liability Company (Developer).”

Dodd said that “the generic name of Murphy’s Bowl LLC was used intentionally to obfuscate the identity of the proposed project.”

Additionally, the vote was set for a special meeting rather than a regularly scheduled meeting, reducing the time required to give public notice under the Brown Act from 72 hours to 24 hours before the meeting.

In a statement to the Los Angeles Times, an attorney representing the city said the district attorney’s letter “recycles a tired accusation that has been rendered irrelevant” and “there was no attempt by the city to circumvent the Brown Act or keep the public from providing its valuable input on the [exclusive negotiating agreement] With Murphy’s Bowl.”

But the letter might give ammunition to Madison Square Garden, which has has sued the city of Inglewood and accused it of secretly negotiating with the Clippers to build the arena on land that it once leased.

“These ‘concerted efforts” to deceive the public fly in the face of transparency and the principles of good government, and will be fully exposed in the trial of our lawsuit,” a MSG spokesperson said in a statement.

It’s not the only lawsuit the city faces over the proposed arena. Residents have also sued, arguing that the city should have tried to build affordable housing on the site before selecting it for an NBA arena.

Last month, a Los Angeles County Superior Court judge determined that the residents’ lawsuit should proceed to a trial.

“It simply does not make any sense to prioritize an NBA arena over the needs of Inglewood residents,” D’artagnan Scorza of Uplift Inglewood said at the time. “Public land should be used for the public good.”

As planned, the NBA arena would rise on 22 acres of vacant city-owned land and across the street from the NFL stadium, which is scheduled to open in the summer of 2020.