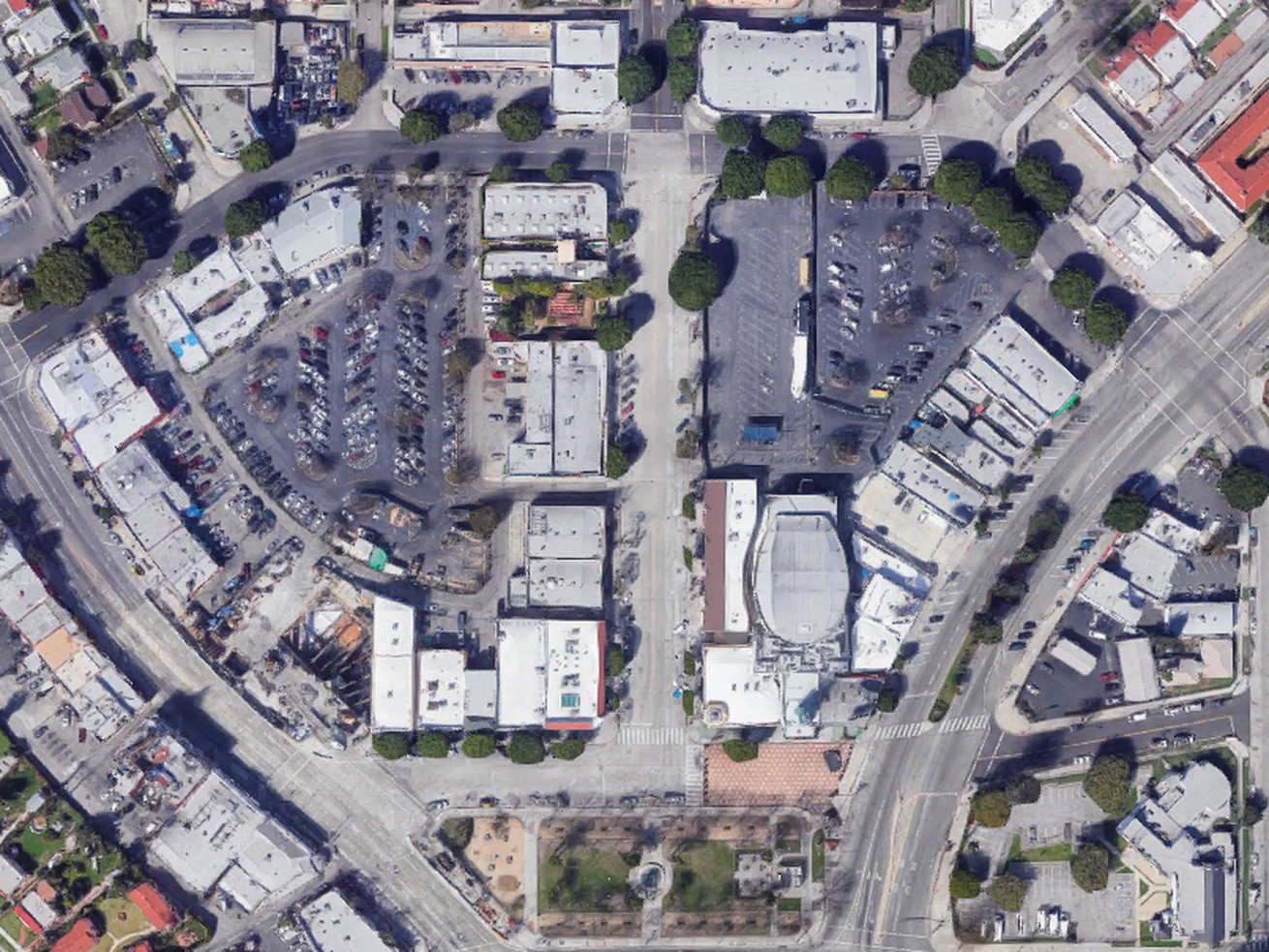 The two large parking lots at the center of the photo are (left) 3416 West 43rd Street and (right) 4300 Degnan Boulevard. | Google Map

The city is soliciting redevelopment ideas for two publicly-owned parking lots less than a block from the future Leimert Park station on the Crenshaw/LAX light rail line.

The Los Angeles City Council’s economic development committee voted to last week to put out a “request for information,” allowing developers to suggest potential projects they would want to build on the properties. The two lots are located at 3416 West 43rd Street, right behind the future light rail station and around the corner from the future station at 4300 Degnan Boulevard.

According to a 2016 study commissioned by the committee, “there is potential market demand for residential, retail, and office in the area surrounding Leimert Park Village, but residential is the highest performing use and most likely to succeed on the subject sites.”

Residential seems an obvious choice here. Because of the properties’ proximity to the neighborhood’s namesake light rail station, the parcels would be eligible for incentives to building denser projects that include some affordable housing near transit.

But one Leimert Park resident, speaking at the meeting, asked the committee to look into other uses. Romerol Malveaux supported the motion, but said she wanted the city to look at “something other than housing—that might be jobs.”

The Crenshaw/LAX light rail line will bring eight new stations to Los Angeles when it opens in 2020.