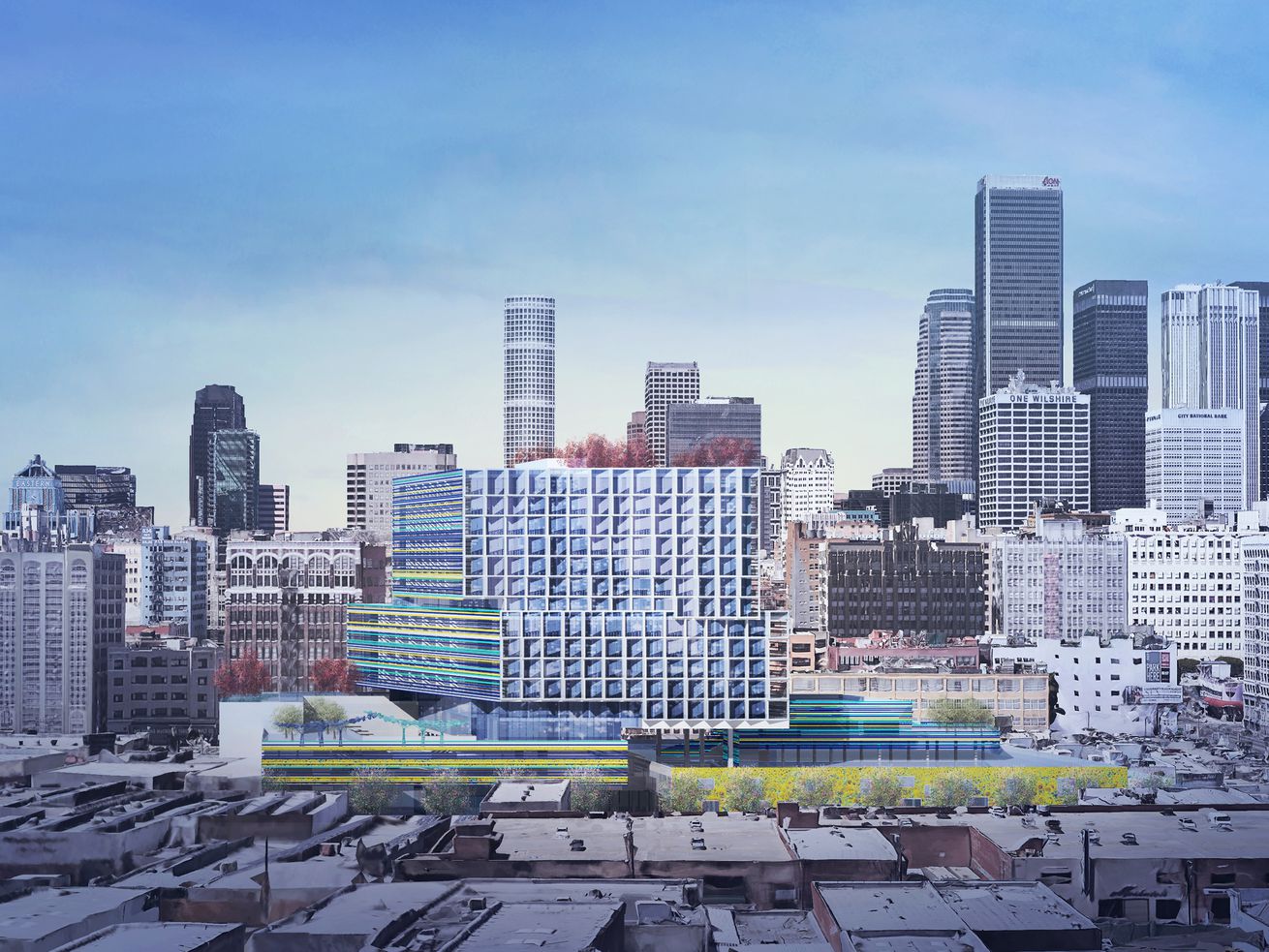 Major changes for the flower market take a step forward

The planned redevelopment of the Southern California Flower Market in Downtown LA now has the backing of the city planning commission.

But, according to Urbanize LA, the commission’s approval comes with two conditions: It’s recommending that the developer offer more public art and screen-in the project’s above-ground parking (plans call for 681 parking spaces in above- and underground parking spaces.)

The materials and colors of the structures are intended to mimic the bright colors of flowers, project architects have said.

The project would take up most of the block bounded by Seventh Street, Wall Street, Eighth Street, and Maple Avenue.

In signing off the plans, commissioners also voted Thursday to deny two appeals. The first appeal, brought by the American Florists Exchange, which runs the neighboring Los Angeles Flower Market, was based on concerns about the effects of having apartments next to its busy flower market.

In its appeal, the exchange notes that it is in ongoing talks with the Flower Market representatives to smooth out its concerns, and that the appeal was mainly a way for the AFE to “[preserve] all its rights to pursue its concerns” about the project.

The second appeal came from CREED LA, a construction labor group, which appealed the project’s tentative tract map based on noise concerns and the project’s impact on air quality.

The property’s namesake flower market would be in operation throughout construction, and would remain after the redevelopment is complete.

The project still needs the approval of the full City Council.