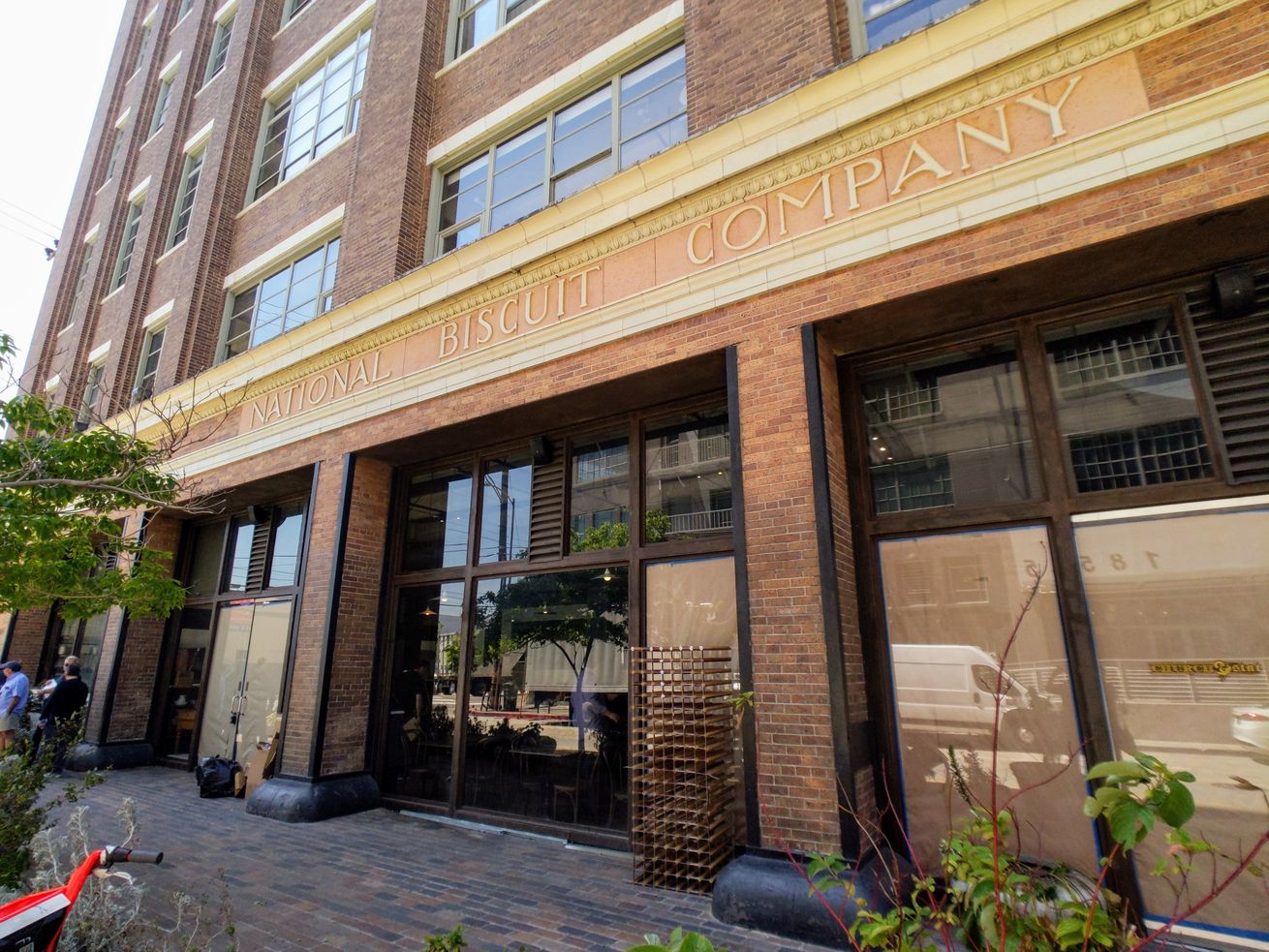 Church & State, which closed earlier this month in the Arts District, is coming back together from seasoned restaurateur Bill Chait (Tesse), along with managing partner Taylor Parsons, and chef David Feau. After a quick interior and kitchen restoration, the team hopes to reopen the restaurant with a modern French bistro menu on June 10 after a few nights of previews.

The seminal Downtown industrial restaurant opened ten years ago with chef Walter Manzke, who helped make Church & State into Arts District’s first big hit. The success helped spur openings like Bestia and The Factory Kitchen, though one could credit Manzke’s modern take on bistro fare, along with the restaurant’s excellent cocktails and charming hanging lights, with capturing the imagination of LA diners ten years ago.

Bill Chait, who previously partnered with the Manzkes at Republique, is now taking over the iconic former Nabisco loading dock with Taylor Parsons, who himself helmed the operations at Republique for many years. Together they bring on David Feau, a seasoned Parisian-born chef who was last at Wally’s Beverly Hills and cooked at Pasadena’s The Royce before that.

The goal here, after scrubbing the restaurant of years of grime and dirt, plus giving the kitchen a complete overhaul, is to retain much of Church & State’s street-level charm, but swapping out the hanging lights for a cleaner look. Instead of heavy red colors, a pale but pleasant green paint accents the walls while a larger center chalkboard will show each evening’s specials. Otherwise, the old chairs and table remain, a few new stools occupy the bar, and a more enclosed patio will take over the front of the restaurant.

On the menu, Feau hopes to serve a variety of smaller plates to nibble before moving onto meat-based entrees like roast chicken, lamb, and grilled fish. Taking heavy inspiration from Paris’s own modern bistronomy scene, Feau will refocus classic French dishes with a lighter, more seasonal touch using LA’s fantastic produce. In a way, the team doesn’t want to abandon what made Church & State so beloved, but also want to adapt and keep the bistro format fresh.

Brandon Mendoza comes in as chef de cuisine while Adam Ohler will be the general manager, handling the wine list. Nick Meyer will assemble cocktails while Brooke Silva will help oversee the front of house as the associate general manager. Prices should average the $60 per person mark including food and drinks, but not tax and tip, making it a relatively approachable weeknight meal. Oddly enough, Church & State was a Michelin Guide Bib Gourmand selection this week, marked as a closed restaurant, but still awarded the accolade. Perhaps the designation augurs well for the soon-to-reopen establishment.

Once it opens, Church & State will serve from 5 to 10 p.m. Monday to Thursday, and until 11 p.m. on Friday and Saturday. After a few weeks, it’ll open on Sundays, then bring on lunch and brunch after Labor Day.