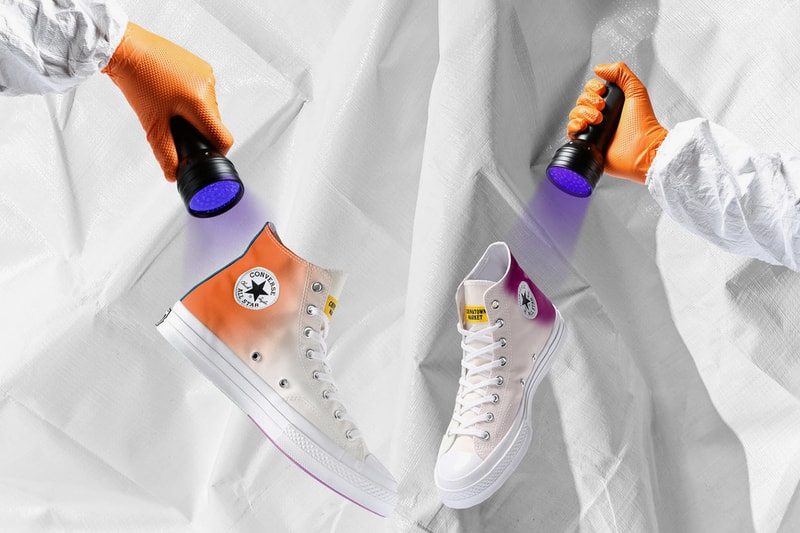 Following some sustainable iterations of its signature model, Converse has prepped another set of progressive Chuck Taylor All-Star 70 sneakers, this time mostly in partnership with in-demand artist groups. Joshua Vides and Chinatown Market deliver their own forward-thinking takes on the silhouette, while Converse itself serves up the "UNT1TL3D" pack.

Chinatown Market’s Michael Cherman introduces a clever take on high and low Chuck Taylor models, piecing together the upper from multi-colored, UV-sensitive canvas, making for a subtly transformative shoe. Vides‘ shoes are far more in-your-face, swapping out the normal uppers for swathes of velcro, allowing the wearer to customize their pairs with bespoke canvas patches executed in bold Pantone hues.

Finally, the UNT1TL3D pack realizes some comparatively conservative styles, sporting monochrome canvas uppers and an exaggerated, ridged white rubber midsole. Each shoe boasts contrasting illustrations of “NOT A CHUCK” verbiage, described by Nike as "an ode to DIY decoration and the notion that a Chuck is defined only by the wearer."