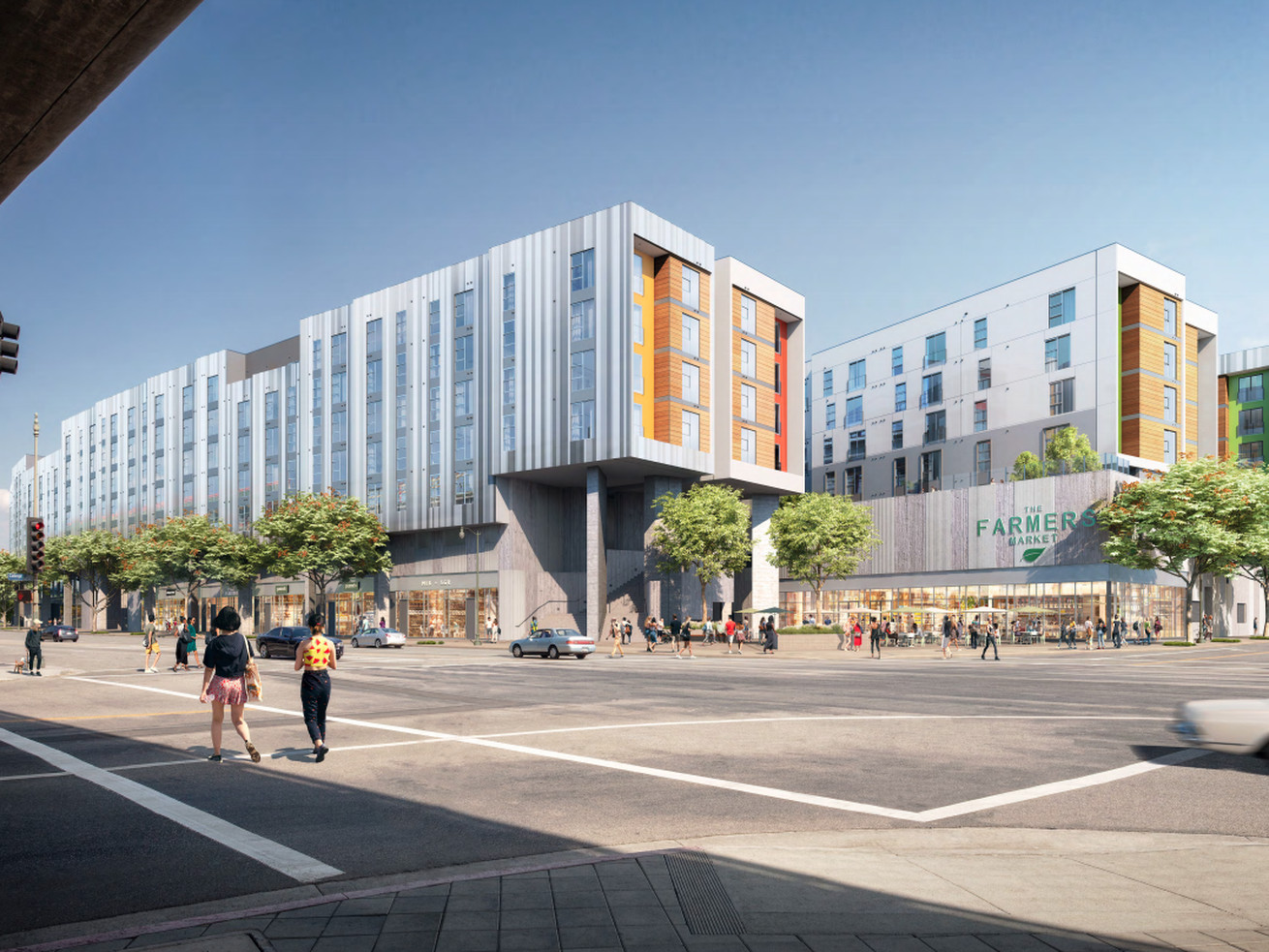 A local group long opposed to plans for a 725-unit apartment and retail complex near the Gold Line station in Chinatown, a traditionally working-class, lower income neighborhood, is taking its fight to court.

The group is suing to overturn the city’s approval of the project, and it is asking the courts to block work on the site. (Developer Atlas Capital has not announced when construction will start.)

The lawsuit also claims the project should have to comply with Measure JJJ, a voter -approved mandate that for affordable housing in developments that get special city approval or zoning changes, as College Station did when it received a general plan amendment.

The city planning department has said that because College Station was approved in 2012, Measure JJJ, which passed in 2016, does not apply.

“The city is trying to say that it doesn’t have to apply current laws to grandfathered projects, but there’s nothing in Measure JJJ that says that,” says attorney Mitchell Tsai, who’s representing Chinatown Community for Equitable Development.

The City Council approved the project in March as totally market rate, rejecting a recommendation from the city planning commission to make 37 of the units affordable.

The commission made its recommendation after hearing from multiple Chinatown residents about the need for affordable housing.

“As someone who works with families and students, it’s really heartbreaking to have this even be a question that there needs to be more affordable housing [in this neighborhood],” Tiffany Do, who works at a public school in Chinatown and lives in the neighborhood, told the commission in December.

Their decision was also based on Atlas Capital’s request to get an amendment to the city’s general plan to change the site’s use from “hybrid residential” to “regional commercial.”

“When we do those analyses” to determine whether a general plan amendment is justified, “we will consider the general welfare of our city, and one of the key issues is to make sure that we provide for affordable housing [and] workforce housing,” said commissioner Dana Perlman.

Perlman and Commissioner David Ambroz have voiced their disappointment at the City Council decision.

“It’s a shame that in an area that’s so impacted by gentrification and development, there wasn’t every effort made to include [affordable housing] on site,” Ambroz said at a March planning commission meeting.

In 2014, plans for College Station set aside 20 percent of the units as affordable senior housing. An analysis of those plans, completed the same year, cited a footnote to the Central City North Community Plan (footnote No. 12) as the reason for that amount of affordable housing. The 2016 draft environmental impact report for the project did the same.

But when the final environmental impact report was published two years later, it noted that after the publication of the draft, the city planning department discovered that footnote No. 12 was never formally adopted by the city, a planning department spokesperson said. Footnote 12 would have applied specifically to the site where College Station would rise. (The 11 other footnotes to that Community Plan were adopted, the department spokesperson confirmed.)

Chinatown Community for Equitable Development also argues the project does not “adequately analyze or mitigate the project’s impact on land use and planning by failing to consider or mitigate for the project’s inconsistencies” with local planning rules and guidelines laid out in the city’s general plan and in the more local document, the Cornfield Arroyo Seco Specific Plan.

The Chinatown-based group showed up at multiple city planning hearings for College Station’s approvals late last year, earlier this year, and in March, when the project was unanimously approved without discussion by the City Council.