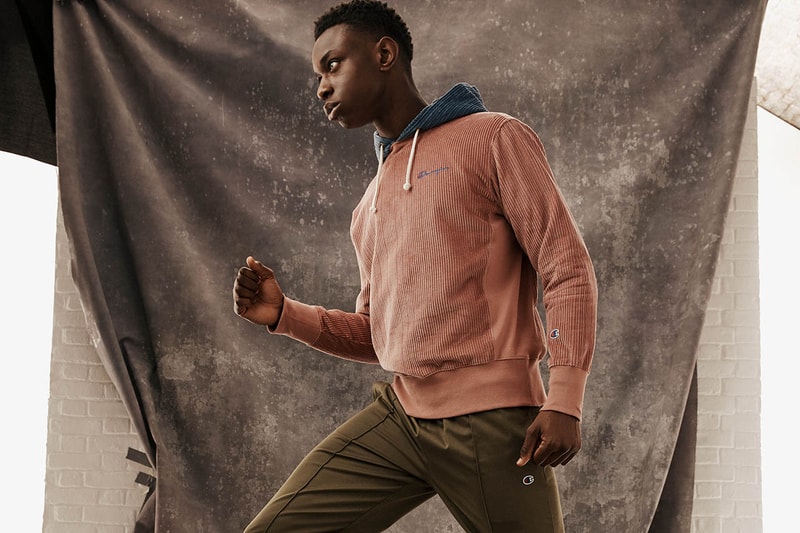 Champion has unveiled its Fall/Winter 2019 Reverse Weave collection featuring new textures such as corduroy, velour and fleece alongside a host of new seasonal colors.

The lookbook draws inspiration from the sporting world, highlighting the clothing in martial arts-influenced poses and strong power looks. As a result, it channels the clothing’s sport-indebted heritage provides an alternative look at the subtle seasonal collection.

Standout pieces from the collection include a muted off-white fleece hoodie, a burnt orange corduroy two-piece and an artistic take on camouflage which has been used on the fleece two-piece tracksuit. Staples such as its signature logo sweatshirt appear in new colors including forest green, mustard yellow and khaki, while a selection of beanies and scarves round out the FW19 offering.

Check out at the Champion Reverse Weave FW19 lookbook in the gallery above. You can purchase pieces as they drop throughout the season at Champion stores worldwide and online.

In other news, 88rising is releasing a GUESS capsule collection for its upcoming Heads in the Clouds festival.

Autumn isn’t far off and it looks like this.