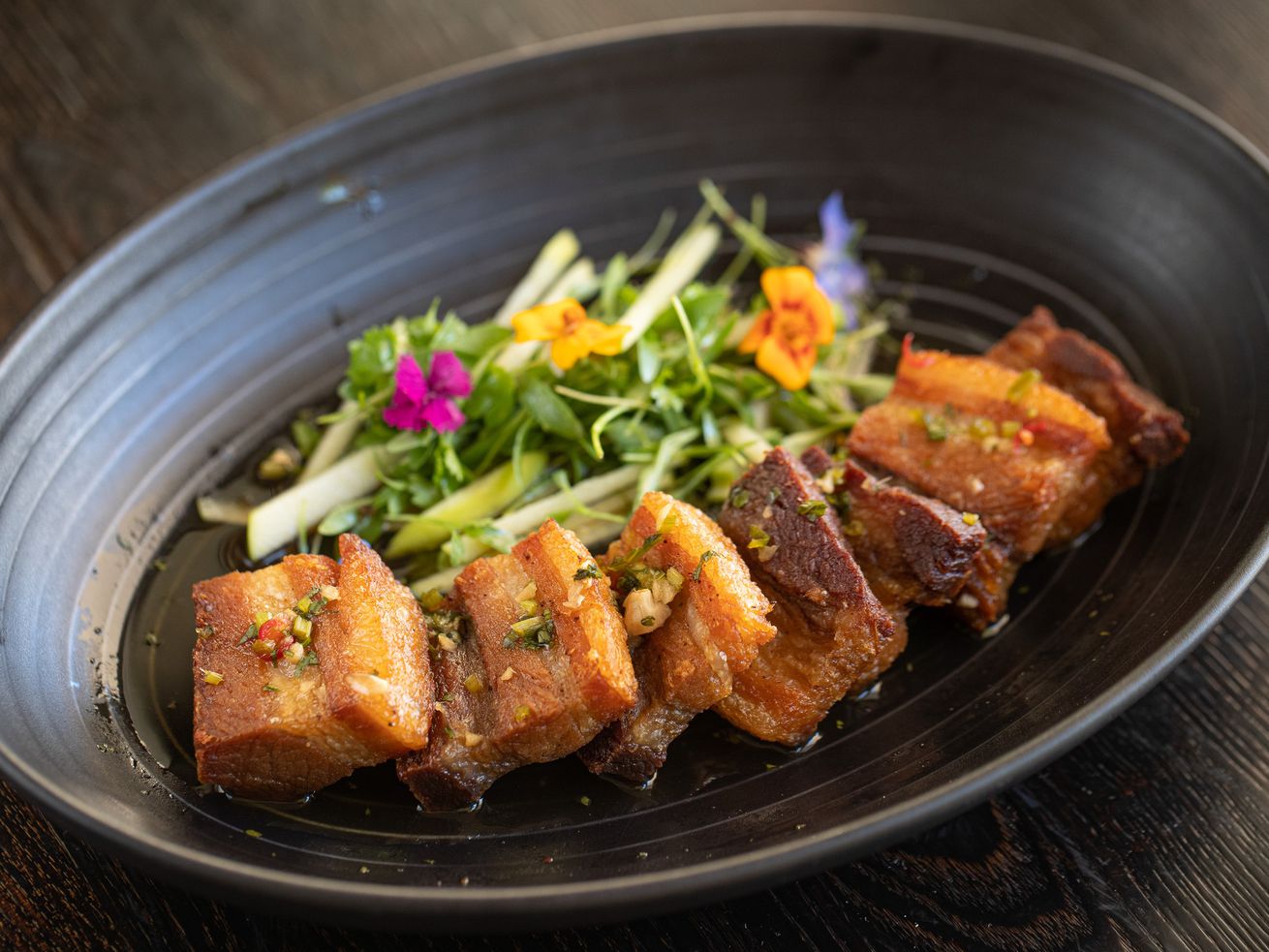 Century City ranks among LA’s sleepiest dining neighborhoods. Sure, the Westfield mall has a ton of new places to eat like Eataly and Din Tai Fung, but in general the lack of street-facing commercial space makes it difficult for restaurants to attract diners. At Mari, the restaurant that first opened in 2016 inside the Intercontinental hotel, it will take a big effort from chef de cuisine Brian Bellicourt to convince locals that it’s worth staying in the neighborhood.

The chef conducted a modern Filipino food pop-up at the restaurant last year before convincing hotel management to turn the menu to something that reflected LA’s diverse flavors. Beginning in mid-July, Bellicourt installed a completely new menu while Mari’s somewhat tacky interior design remained in place.

Bellicourt’s pan-Asian and pan-Latin approach might be a little scattershot, but for Century City, it’s an escape to far-flung parts of LA like Koreatown, Little Saigon, East LA, and Thai Town. Best of all, Bellicourt draws on his Filipino upbringing with dishes like chicken adobo tsukune and tuna kilawan with coconut milk.

Desserts are a draw here too, with pastry chef Gail Romulo preparing a warm buko tart with young coconut and coconut pandan ice cream. A ricotta cheesecake comes with fresh cherries just at the end of their season, plus a scoop of walnut ice cream on top. Mari is open for breakfast daily at 6:30 a.m., serving lunch at 11 a.m. to 2 p.m. The restaurant reopens at 5:30 p.m. and serves dinner until 10 p.m.