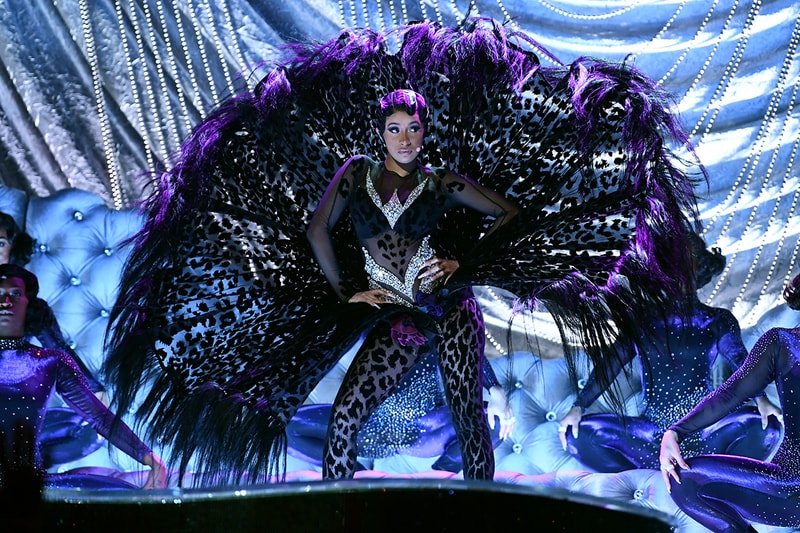 Fresh from her Grammy Award win, Cardi B has announced a string of USA tour dates for 2019, starting in Tulsa, OK.

Following the Invasion of Privacy star’s recent team up with Bruno Mars – whose tour she dropped out of in late 2018 – Cardi’s website revealed the rapper will be hitting up Tulsa, OK, Wichita, KS, Lincoln, NE, Minneapolis, MN, Indianapolis, IN, and Charlottesville, VA, reportedly featuring the likes of Saweetie and Kevin Gates.

Cardi’s tour has been long awaited after cancelling dates back in April 2018, having said on social media: "So I just wanna make this a little clearer and everything, Broccoli Fest will be my last performance for a little while and everything because, you know, shorty keep growing and it’s like, I be looking like I’m moving and everything, but in reality a b*tch barely can breathe… I wanna thank y’all for understanding. I’ll be back for the Bruno Mars tour and everything and thank y’all so much."

Cardi B is also set to release the video for her Bruno Mars collaboration "Please Me" on March 1, 2019. Keep an eye out on Cardi’s Instagram and Twitter accounts for more official updates on the star’s upcoming.

In case you missed it, take a listen to Cardi B’s remix of Blueface’s "Thotiana".

.@iamcardib has announced the first dates of her long anticipated debut arena tour.

The tour kicks off on July 23rd in Tulsa, Oklahoma. pic.twitter.com/NqpIInOa1B