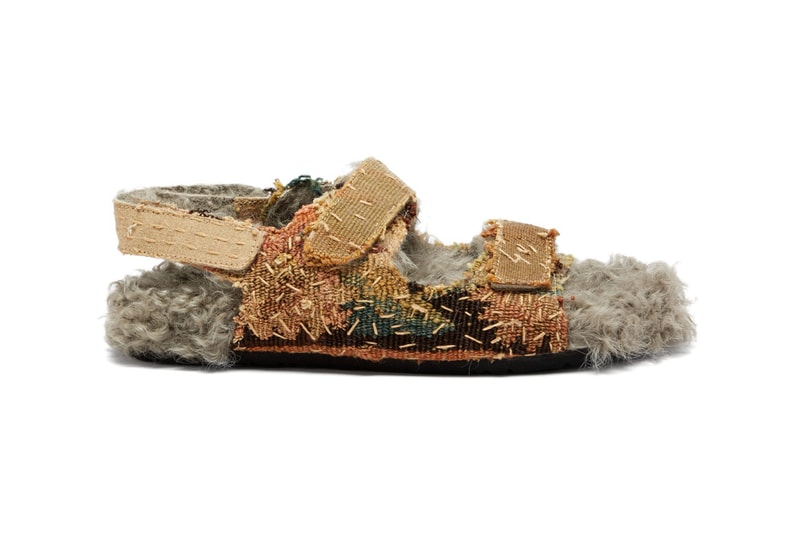 Known for draping his collections in ancient Chinese textiles, By Walid has returned with an opulent take on the everyday sandal for a plush new footwear release. Following behind a series of trainers this spring that were cloaked in antique lace and embroidery, the latest style has been designed with the British-Iraqi designer’s same eclectic technique and mix of vintage fabrics.

Officially named "Felix," the shoes are crafted from a 17th-century tapestry that lines both of the top straps. The insole has been elevated with the defining shearling-lined footbed, which is offered in light grey. A beige velcro-strap closure at the back heel and a black rubber outsole round out the details.

By Walid’s Felix 17th-Century Shearling-Lined Sandals are priced at $812 USD and available now from MATCHESFASHION.com.

While the designer’s signature patchwork aesthetic usually makes for a colorful edition of his chunky sneakers, he’s also offered up a milky white colorway of his 19th-century trainers for a crisp and clean take on the technique.