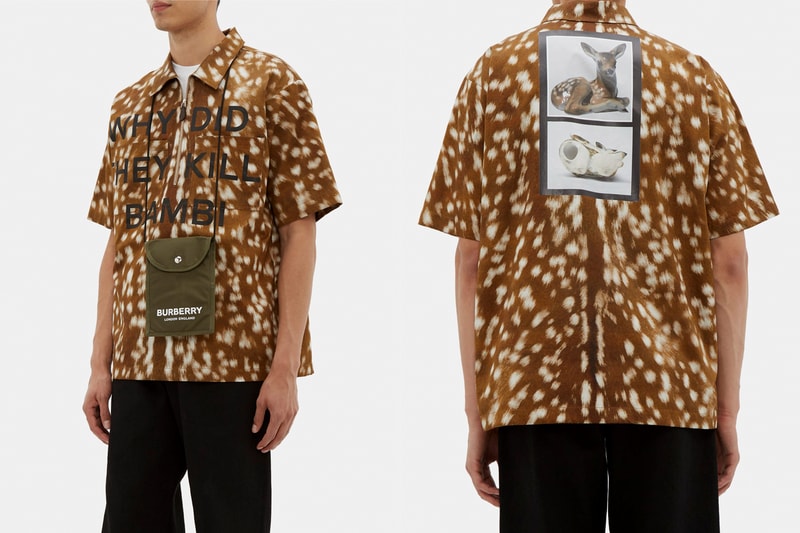 Burberry has released one of its most iconic Spring/Summer 2019 runway pieces, the "WHY DID THEY KILL BAMBI?" deer-print shirt.

The Riccardo Tisci-designed piece is steeped in history and references. The printed phrase takes after more than just one pool of inspiration, as it looks to the lyrics of the Sex Pistols’ 1979 song "Who Killed Bambi?" — which was incidentally co-written by Vivienne Westwood, who soon went on to collaborate with Tisci at Burberry — as well as Tisci’s time as the head of Givenchy, which delivered a number of iconic Bambi-adorned pieces. The print also nods to the fact that Burberry said it would no longer use fur in its future collections.

Burberry’s short-sleeve offering is made from cotton twill and features a half-zip down the front using leather hardware. The boxy fit is complemented by two box-shaped chest pockets, and on the rear, Burberry has added two pictures of a porcelain deer.

Take a closer look at this SS19 runway piece from Burberry in the gallery above, and pick it up for yourself from retailers such as MATCHESFASHION.COM for $903 USD.

In other news, Burberry has released a monogrammed hoodie for your dog under its B Series program.