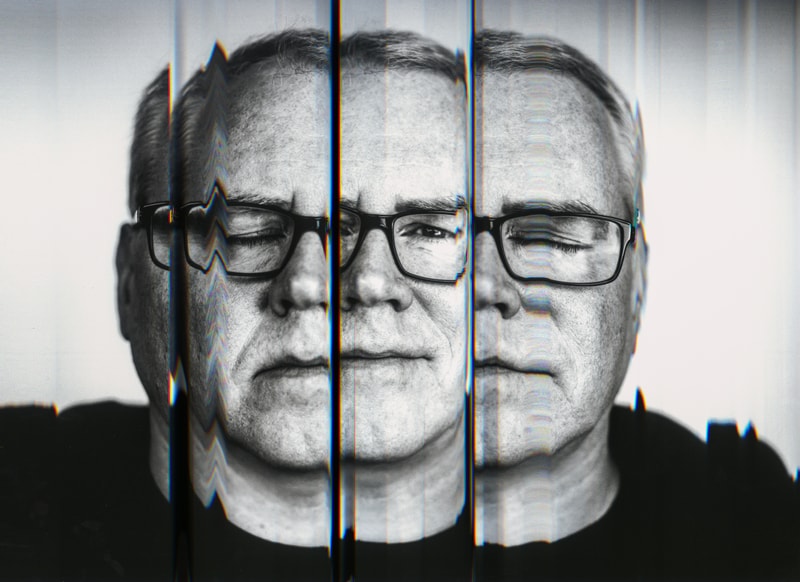 Halfway through my old friend Bret Easton Ellis’s first non-fiction book White, the author confesses what he and American Psycho’s starboy Patrick Bateman have in common: “an illusory and distant relationship with a world that appalled us, yet we both wanted to connect with it.” It’s obvious that today, at 55, Ellis still experiences a complicated relationship with the two worlds he has spent his life navigating: his own and that of Hollywood.

In White, a collection of personal essays, Ellis occupies the role of neutral observer of cultural chaos whose opinions cannot be defined by any one side or fit neatly into a binary. If he were to pick a stance, he would compromise the polarizing status that comes with maintaining freeform controversial views—which he seems to relish greatly. Although White teases the importance of individualism and cultural discourse, neither the book nor Ellis calls for aspirational activism or real change.

The book works as a fascinating look inside the brain of the puppeteer behind contemporary fiction’s most iconic characters. The primary lesson is that Ellis, like his fellow citizens, is just trying to understand the world around him. White functions too as a chronicle of the author’s remarkable life, documenting his private feelings on his blazing early literary successes and controversies, up through his complicated feelings on the age of social media. The essays, spanning across multiple decades, are provocative and often put the reader in the position of voyeur, as if you’re listening to tape-recorded journal entries or watching surveillance footage of celebrities gossiping in Beverly Hills bathrooms. This time warp through the eras he has experienced so vividly, makes the book a fascinating history of pop culture, from Generation X to Generation Z.

With the book on the verge of publication, Bret and I hopped on the phone to talk about some of our favorite topics — from Taylor Swift to Trent Reznor. Alex Kazemi: I hope you understand that I am not watching Now Apocalypse.

Bret Easton Ellis: I know you won’t. I know your sensibility, I know you and you’re going to gag the whole time. I run hot and cold on Gregg Araki. I’ve been annoyed by the depiction of gayness in some of his movies.

AK: I think it’s really funny how his true love objects in his movies are his straight characters. The way he objectifies them and sexualizes the men to the degree of parody.

BEE: This is what’s been happening since The Doom Generation with Johnathon Schaech. That’s exactly what he did with James Duval in a few movies. White Bird had an interesting gay subplot to it. I thought that was handled really well.

"Obvious to state but I’m old enough to notice that dating, sex and intimacy totally changed in the digital era."
AK: I love Joseph Gordon Levitt in Mysterious Skin.

BEE: I know, but Mysterious Skin was a book adaption. The queer representation in Now Apocalypse feels cool to me in a way unlike Araki’s previous work because the main character is just a dude and the meaning of the show is not about being gay and I’ve always been more interested in the, “gay is not who I am” vibe. There are a lot of men out there who exist like this but we haven’t seen them on screen all that much. The guy who has this authentic understanding of himself: “I like dudes, but I’m also into my work and movies and I have to get all this stuff done, and I have a life going on that isn’t just about my sex life—my gay porn life.”

BEE: Obvious to state but I’m old enough to notice that dating, sex and intimacy totally changed in the digital era. I think we would be fools to ignore the much more noticeable impact of our Darwinian impulse to “swipe, swipe, swipe” until you find someone hot that you find desirable enough and even then, once you get that, you might think, “Oh okay, well, maybe I can get someone even hotter.” It was just harder to be this ruthless and nihilistic in the analog era.

AK: Do you connect this understanding with your affinity towards the pleasures of the analog era?

BEE: Totally. I don’t remember seeing that dissatisfaction in the analog era and since this type of access has never been so readily available to human beings you can’t help but to be curious about how technology evolving affects human behaviour. I know a lot of young people who have been using sex apps since their early teens — some are fine from it, some are damaged. AK: There are certain people who exist that will also do what they think is going to make them fit in — they go with the groupthink. They are good comrades to the 2D simulation world. Whenever I’ve done something that was sold to me as "this is what a normal 20-something does" I feel completely not like myself. I think this is why the travel montage of Victor in the middle of the movie adaption of your novel The Rules of Attraction always terrified me because I truly do believe a lot of us have it in us to lose control like that.

BEE: I feel like if I had written Victor today, I would definitely incorporate him posting those memories on his Instagram story.

AK: My favorite part of your book Glamorama is when Victor goes to someone at MTV, “You sell Trent Reznor’s hate to millions of unsuspecting youth…”

BEE: What do you like about The Downward Spiral? Do you think a Trent Reznor could be as popular or influential today?

AK: The Downward Spiral is powerful because it’s written from the cisgendered, straight white male experience and it’s a haunting look at a young man going into a fit of rage because the world wasn’t what he thought it would be, and he isn’t getting what he wanted.

This planet is a gruesome place and no one really gives a shit about how suicidal he is. I think artists displaying that kind of honesty is how we remain curious and anthropologic in understanding the human experience.

BEE: I think this is exactly what gives the album a charge and makes it so horribly thrilling for the listener.

AK: People also tend to forget how histrionic Trent Reznor is. The first time he shot up heroin, he put on Lou Reed’s “Heroin.” I live for that kind of melodrama.

"I don’t want an entire world of tall gray aliens."
BEE: I think you know what I want to talk about next.

AK: We are going to exhaust ourselves. These topics don’t even deserve airtime. Haven’t you heard? I have ascended into the 5D Realm. The material world does not serve me anymore, Bret.

BEE: Conformity in today’s society is probably the saddest thing to me. I don’t want an entire world of tall gray aliens. I don’t want to sit at a dinner table with everyone agreeing about everything. I think the only reason you and I ruminate and care about this stuff is because we are artists, creative people, whatever. The current cultural consensus of approved groupthink can affect the kind of art that we want to make, and the platform for that art.

AK: I think something good artists understand is that opinions are not facts, theories are not facts and feelings are not facts. We are all trying to organize and make sense of the world around us through our thoughts, and this idea that someone thinks that can be wrong or make a mistake in this process of self discovery is bizarre to me.

BEE: That’s what empathy is. That is the difference between performing virtuous empathy on Twitter and actually taking the time to listen to another person, observing, being curious about their experience: “What would it feel like if that was happening to me?”

People seem to be stuck in believing that their reflection is all that exists. You have to put yourself in someone else’s shoes and see life through the eyes of someone other than yourself. I wish the people who drain their — and our— energy attacking what they see as “problems” on the internet all day would understand that in order to even begin repairing the faults in our world, you need to be cunning, and you need to have patience and maybe then you’ll be able to successfully infiltrate the problem and begin fixing it. AK: As someone who connects deeply with the element of water, I can say that all emotion will blind your judgement and rationale. I do love to feel. This is why I love Taylor Swift.

AK: The reason Red is such an important record is because it perfectly paints what happens, when you idealize too hard over the wrong person and you have to accept that one person you thought would show up isn’t going to show up, and never will show up.

That recently happened to me and I didn’t spiral, I actually took accountability for my role, my mistakes, my expectations. I was left with a cold hard reality to face, that two people’s realities might not ever merge together.I was reminded that Red is about coming to terms with the violence of being alive.

BEE: I think it has become normal now to be inundated by destructive clickbait and listen to this mania of “the apocalypse is coming” and “every day is doomsday” and to believe that all there is in life is tragedy and victimization.

I know Taylor [Swift] through her art, like I know Bruce Springsteen through his art.
AK: You can’t control or take-back the moments you choose to be vulnerable in life, the outcome is always uncertain. I recently hit a low point and checked into recovery. I believe we live in a culture that facilitates and thrives on creating addiction through teaching people consumerism, indulging and anesthetizing through external means.

This is what binging is. I have accepted that I have to address these deep rooted traumas to change my behaviour and live a healthier life. I can’t do it on my own. There is no more distracting myself. Is this adulthood?

BEE: This is what being an adult is. I’d say, that is life in a nutshell. Alex Kazemi is a pop artist, creative director and author. He has written for Dazed, V, Paper, Oyster and The New York Observer. He was also features editor for the inaugural edition of King Kong Garçon. He lives in Vancouver.