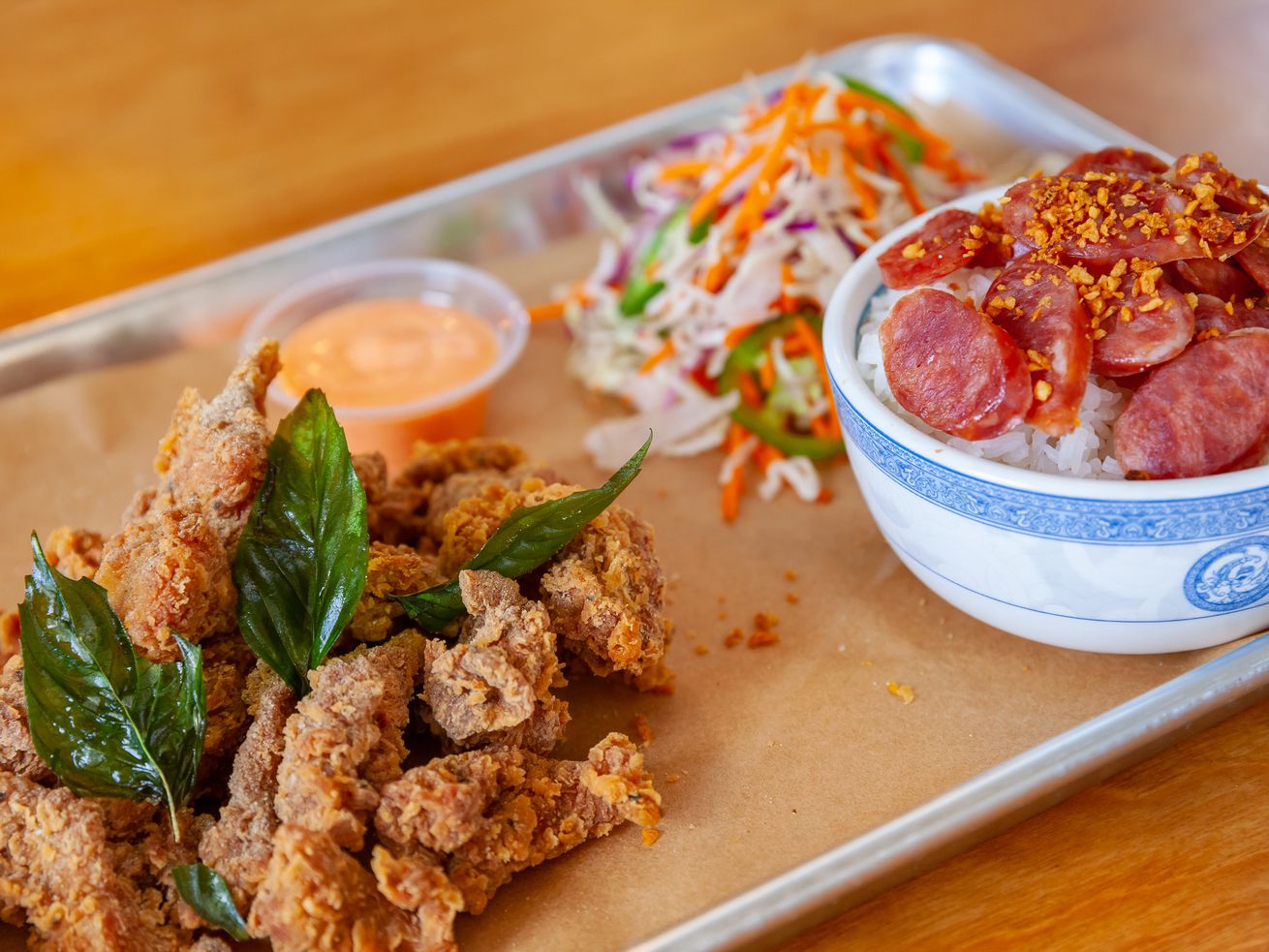 Most Valuable Playa takes over for the Humble Potato

The Humble Potato team is switching things up down in Westchester, flipping their current restaurant there to a new one called the Most Valuable Playa, or MVP for short. The newness comes by way of operator Eric Ong, who — in addition to the still-standing Humble Potato in Culver City — also runs the popular Mee & Greet in Palms.

Whereas Mee & Greet focuses mostly on food from the rarely-seen Peranakan diaspora found across Southeast Asia, and Humble Potato leans Japanese, the new Most Valuable Playa will hone in on casual American fare with a touch of Taiwan thrown in. Ong tells Eater that there will be a plethora of burgers, sandwiches, and salads on the menu, as well as staples like lu rou fan, pork over rice, plus options like braised pork belly and popcorn chicken and other Taiwanese street snacks. Take a look at some of the dishes below, and the menu down at the bottom.

What’s more, the new MVP will also offer beer and wine, and keep lunch through dinner hours seven days a week. The space is still rather small and spare, with room for just under 30 diners at a time, making it a comp to everything from Kato to Little Fatty in Mar Vista. The Most Valuable Playa opens at the end of the month, with a grand opening party slated for Sunday, August 11.