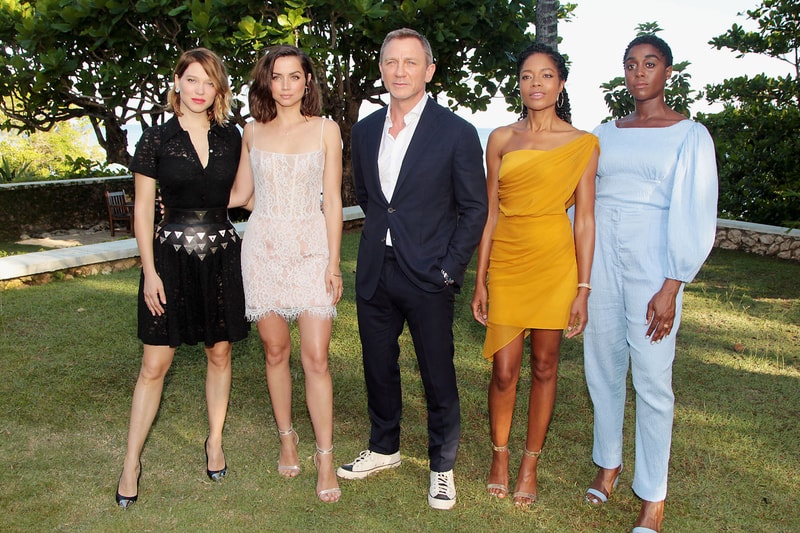 After receiving some details in early April and a few official shots from the forthcoming Bond 25 film, we now have our first official teaser image from the highly-anticipated chapter.

Shared via the film’s official social media pages, the image spotlights Daniel Craig as the pivotal character in front of a classic Aston Martin V8, which was first seen in 1987’s The Living Daylights. The account also shared new clips of Craig taking the V8 for a spin around London, where shooting for the film is currently underway.

Craig recently returned to set after suffering an ankle injury in May while filming in Jamaica. The untiled Bond 25 film will mark Craig’s fifth and final appearance as the secret agent since joining the franchise in 2006’s Casino Royale. According to the official synopsis, "Bond has left active service and is enjoying a tranquil life in Jamaica. His peace is short-lived when his old friend Felix Leiter from the CIA turns up asking for help. The mission to rescue a kidnapped scientist turns out to be far more treacherous than expected, leading Bond onto the trail of a mysterious villain armed with dangerous new technology."

In more entertainment news, Avengers: Endgame earned $7.8 million USD from its re-release, but it still isn’t enough to beat out Avatar.

007 star Daniel Craig, director Cary Fukunaga and the #Bond25 crew were out in the sunshine today shooting across a number of London locations, including Whitehall, where Daniel filmed a scene with a classic @astonmartin V8, first seen in a Bond film in THE LIVING DAYLIGHTS. pic.twitter.com/rhs13nNeyW

Daniel Craig and the @astonmartin V8 on location for #Bond25 pic.twitter.com/cPgfMSlUYm

#Bond25 on location in London. pic.twitter.com/P0C7UoVQjf