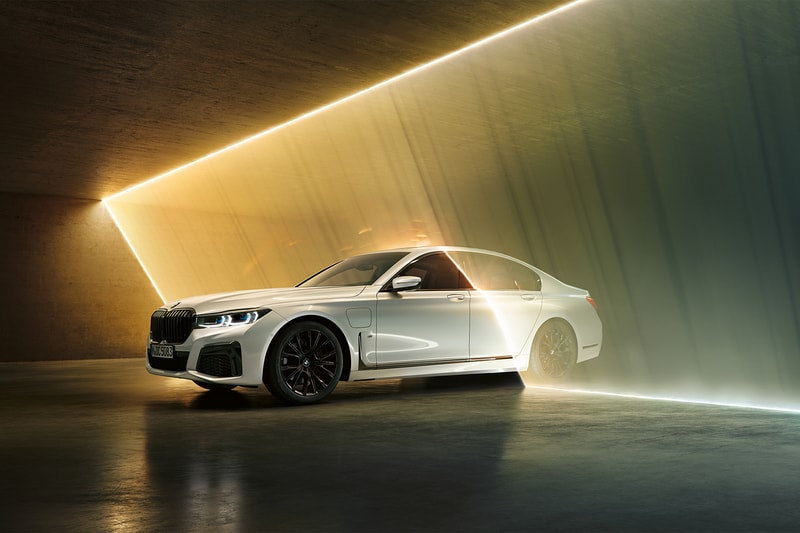 BMW announced a number of updates to its line of vehicles at this year’s 89th Geneva International Motor Show. Standing a step above the unveiling of the BMW 330e and new BMW X5 xDrive45e was the 7-Series range of PHEV (plug-in hybrid) vehicles.

Shifting its focus on luxury, the new 745e now receives a revamped logo and a “Bayerische Motoren Werke” plaque denoting its high-level of quality and exclusivity. As a facelift from the BMW 740e, the new BMW 745e sees a more aggressive front styling with an increase of 50 millimetres in height, followed by a 40-percent-larger kidney grille, and tapered headlights. The bonnet and front apron have also both been reworked. Performance-wise, the new 745e packs 394 horsepower with a 0-100km/h time of 5.1 seconds. The vehicle also has an electric range of 50-58 kms, and fuel and electric consumption of 2.6 l/100 km and 16.3 kWh/100 km, respectively — giving the eco-friendly flagship a CO2 emissions score of 52 g/km.

Having sold 140,000 electric and plug-in hybrid vehicles in 2018, BMW looks to its new range of hybrids, like the 745e, to help reach its goal of having half-a-million of its hybrid vehicles on the road by the end of 2019.

In other automotive news, take a first look at the Lamborghini LB48H Terzo Millennio concept.