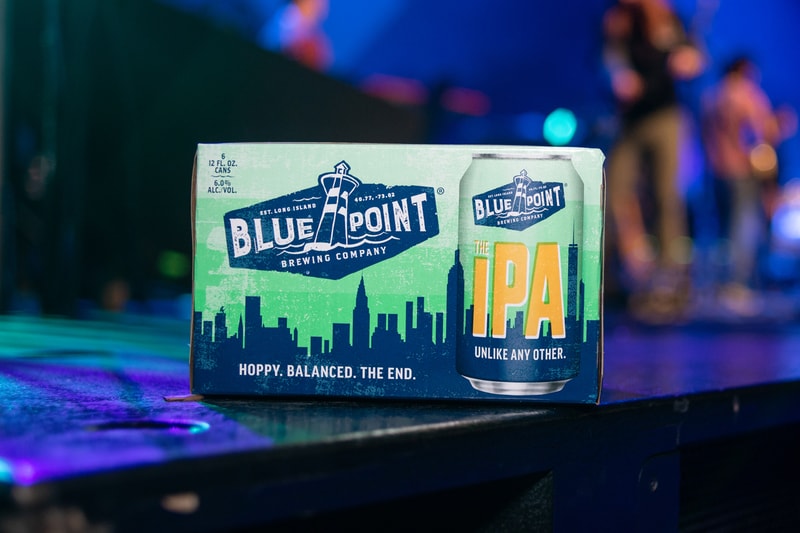 Inspired by the dynamism of New York’s rich culture, from the people to the historic landmarks to the culinary confections, Blue Point Brewing Company celebrated the launch of "The IPA" with a blowout of a party. For one night, Bushwick hosted the spectacle which brought out the city’s residents to experience a mélange of artistic mediums and food that represented NYC’s quintessential character.

The walls of Avant Gardner, an empty Brooklyn warehouse, surrounded attendees with a myriad of graphics referencing different color variations of "The IPA’s" artwork and Blue Point’s partnership with five New York-based charities. An arrangement of local music acts soundtracked the night, as Harlem rapper S’natra, indie band Small Black, and Phony Ppl graced the stage, back-and-forth serenading the listeners with their distinctive stylings. Matt and Kim capped off the night, and the duo’s energetic style collided with a slew of shenanigans that included the tossing of blow-up dolls into the audience, chugging beer and crowd-surfing.

To view what went down, scroll through the gallery above and be on the lookout for "The IPA" in a store near you, or Blue Point Brewing’s website.