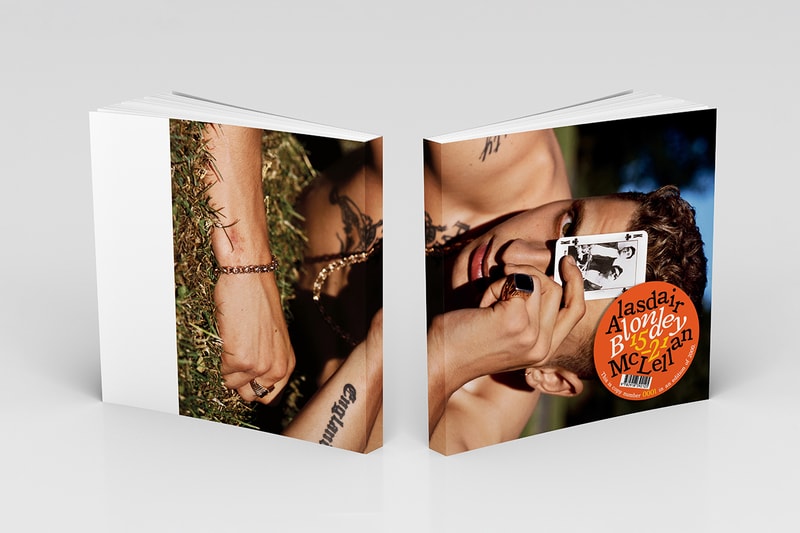 Blondey McCoy is the latest subject in Alasdair McLellan‘s series of photobooks in a retrospective called Blondey 15–21. The book covers the last seven years of the Thames founder and ex-Palace skateboarder. Alasdair has previously spotlighted the likes of Burberry, The XX and Palace.

The 176-page book catalogs seven years worth of photographs — accumulating to 150 pictures — which were taken between Blondey and Alasdair and features texts written by editor, creative director and writer Jo-Ann Furniss. The book earns its title as these are the ages between Blondey’s first and last portrait with Alasdair.

Alasdair said in a press release, "I first met Blondey in early 2013. He was really quiet when I first shot him; he was only fifteen. There are certain people you meet, male or female, who just have a power to them, you can put anything on them and they really carry it off—Blondey had that. I remember getting the pictures back—and he’s probably not going to be very flattered by this—and I thought he had something of a very young Shaun Ryder about him. The thing is, Blondey never looked soft."

Jo-Ann Furniss said, "Along the way, he lost a front tooth—he can’t really remember how—and people have watched him being knocked over by a black cab many hundreds of thousands of times. He’s gone from Bambi to ennui, you can see it in his eyes; it’s all in the pictures."

In other news, Carhartt WIP and PLACE have captured 600 pages worth of London’s skating scene in their I’M GETTING COWBOY BOOTS SOON – Absolutely No Selection book.