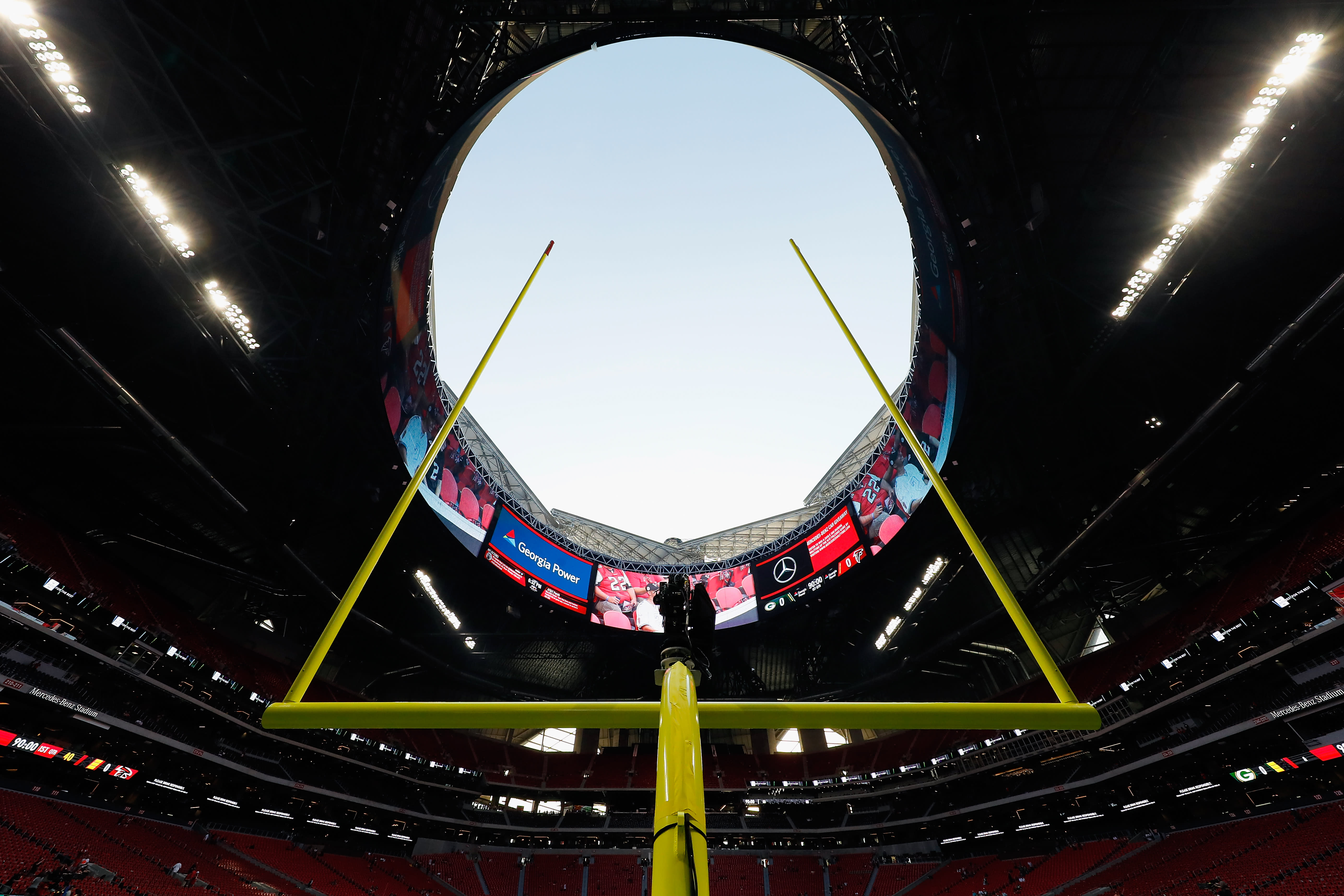 As such, there is a possibility of an all-L.A. Super Bowl, just a few seasons after the NFL had no L.A. teams at all.

The Rams and Chargers have more than a home city in common. They also have (by NFL standards) few actual fans.

The Chargers play home games in a 27,000-seat soccer stadium and even then, much of the crowd this season has been fans of the opposing teams.

The Rams have more supporters than the Chargers, but even so, massive Los Angeles Coliseum has been packed with fans of the opponent most weeks, most notably in Week 15 against the Eagles when the place sounded like half of South Philly was there.

Additionally, both angered their longtime, legacy fans when, after contentious and bitter processes, they abandoned St. Louis (Rams) and San Diego (Chargers) to move to L.A. While the Rams likely won back some old fans who followed them from their original run in Southern California (1946-1994), this clearly isn’t the Packers or the Bears, where an unshakable fandom is handed down through generations. Their old supporters now hate them.

So what would happen if there was a Super Bowl between two teams with no fans?

Or more precisely, would ticket demand (and thus prices on the secondary market) be impacted if the NFL’s two newest teams, who also have the weakest support in the league, played each other in Atlanta, 3,000 miles from their shared hometown?

The average ticket price for February’s New England-Philadelphia Super Bowl in Minneapolis was $5,372 on SeatGeek, a record according to the company. Is there enough passion for the Chargers and Rams that on average someone would be willing to plunk down nearly $11,000 for two tickets, then pay for travel?

New England ranked No. 1 in the NFL for the highest resale ticket prices during the 2017 regular season, per SeatGeek. Philly was sixth as fans saw a rare opportunity to win it all.

“And the Chargers are certainly helped in the ranking by their smaller stadium,” said Chris Leyden, SeatGeek’s statistical guru, who crunched the numbers, noting that nothing influences ticket prices like availability and thus a smaller stadium all but assures higher prices.

Also notable is that a significant amount of resale demand in L.A. is for opposing fans, not, specifically Chargers (or Rams) supporters. You’ll rarely see more than a smattering of opposing fans in most NFL stadiums. In L.A. they are everywhere.

On this alone, an all-L.A. Super Bowl would be historic. The game has featured teams with low resale rankings during the season – Atlanta in 2017 (23rd), Carolina in 2016 (15th) and San Francisco in 2013 (13th). But those Super Bowls also featured a very popular team – New England (2), Denver (3) and Baltimore (5) respectively in those seasons.

“Having no top five team would be something we haven’t seen in a while, so it would certainly be interesting to see how the market would react,” Leyden said.

The scenario that drives ticket prices higher are popular legacy teams within driving distance (cuts down on travel costs) who haven’t been to the Super Bowl in years and thus allows sentimentality and desperation to overwhelm fiscal sense.

“In terms of teams that would likely drive up prices the most, Dallas and Chicago have the especially strong combo of being very popular teams that also have not won in 20-plus years,” Leyden said. “I also think the Saints would be interesting. It’s only a six-hour drive from New Orleans to Atlanta so that makes the game much more accessible than having to book a hotel and flight.

“On the AFC side Kansas City and Houston both have the pent-up demand argument, although the Patriots still drive significant demand despite all their success,” Leyden said.

Really, the entire possible field is promising. Seattle has money and a rabid fan base. Pittsburgh and Baltimore are proven draws. A fairly local option such as Tennessee could sneak in there from the wild card (if it makes the playoffs at all).

And then there are the L.A. teams.

No matter who makes the game, the prices will still be high. First off, the NFL allots just 35 percent of tickets for the two participating clubs to split evenly, according to the league office. In what is expected to be an approximately 75,000-seat Super Bowl set up for Mercedes Benz Stadium, each club would get about 13,125 tickets (26,250 combined).

Everything else is corporate, league controlled or local sales. It’s why there are huge variables to the prices year in and year out.

In 2016, the Broncos and the Panthers played in Santa Clara, California and produced an average ticket price of $4,531, the second highest ever. Just a few years prior the Patriots played the New York Giants, both bigger and wealthier markets. The game was in Indianapolis though, so tickets averaged just $3,111, meaning Denver-Carolina produced a 45.5 percent increase over New York-New England.

The difference? The comparative size and wealth of the Super Bowl host city and surrounding area. Central Indiana has about 2 million residents and an average 2017 household income of $59,566. The San Jose area is of similar size but has an average household income in 2017 of $110,040, the highest in America. The San Francisco-Oakland metropolitan region just to the north adds 4.7 million residents and an average income of $96,677, second highest in America.

Atlanta has about 5.8 million residents but an average income of just $62,613. In many ways, it really doesn’t matter what the average income is though. A middle-class fan isn’t going to shell out $11,000 to attend the Super Bowl no matter who is in – or at least no sane financial adviser would recommend it.

It’s really about how many very wealthy people live in an area. And here is where SeatGeek’s Leyden thinks an all-L.A. Super Bowl might not be all bad, despite few direct fans and lengthy travel.

In each of the past five Super Bowls, SeatGeek customers hailing from Los Angeles bought between 4 and 7 percent of all Super Bowl tickets despite never having a local team in the game. Despite being a “neutral” city, it never ranked below seventh, and got as high and third of total customers per city.

Presumably, many of these buyers were fans of New England or Denver or Seattle who have transplanted to Southern California. Not all of them though. The fact is, L.A. has lots of money.

“In general an event like the Super Bowl – where tickets are costing more than $1,000 each – seems to drive an above average amount of demand from the major cities like L.A. and New York,” Leyden said. “The above would seem to indicate that even without a team in the game there is consistent demand from L.A. It is a city with a significant population of people who can afford to attend the Super Bowl.

“Because of that I could see more casual fans of the L.A. teams be interested in attending a game with their team in it, even if they have not been going to every regular-season game,” Leyden said.

Los Angeles does love a bandwagon, after all.

So while ticket brokers, travel agencies holding hotel rooms and just about everyone else surrounding the Super Bowl would certainly prefer, say, Dallas-New England or Chicago-Kansas City or some other matchup with more fans than financial sense, perhaps an All-Los Angeles Super Bowl wouldn’t be the worst thing for them.