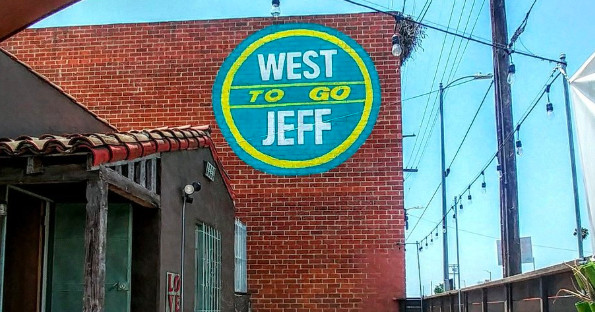 Even though 2018 the year West Adams exploded with restaurants, one newcomer closed its doors after only seven months of operation. West Jeff To-Go quietly stopped serving in late-November, as the neighborhood continues to expand with new restaurants.

West Jeff To-Go debuted in April with a cozy patio and simple menu with bowls, sandwiches, and salads. And while many new neighboring businesses figured out how to get customers to return, it’s unclear what happened with West Jeff To-Go after less than a year. Yelp reviewers seem to like the food, but not the prices with $15.50 bowls and $14.25 sandwiches.

West Jeff To-Go’s departure it’s a sharp contrast to the handful of West Adams favorites that opened this year, including Highly Likely, Adams Coffee Shop, and Open Face Food Shop. And it shows no signs of slowing down, while some of LA’s well-known entities sign leases, start construction, or try to bite off the neighborhood’s popularity. Tony Yanow’s group will open a beer-focused joint, as will Jason Eisner’s Party Beer Co. Popular Sherman Oaks’ Mediterranean eatery Mizlala will open its West Adams arm in the spring, and the Gjelina crew aren’t sharing details on plans for the forthcoming Gjohnny Pastrami.