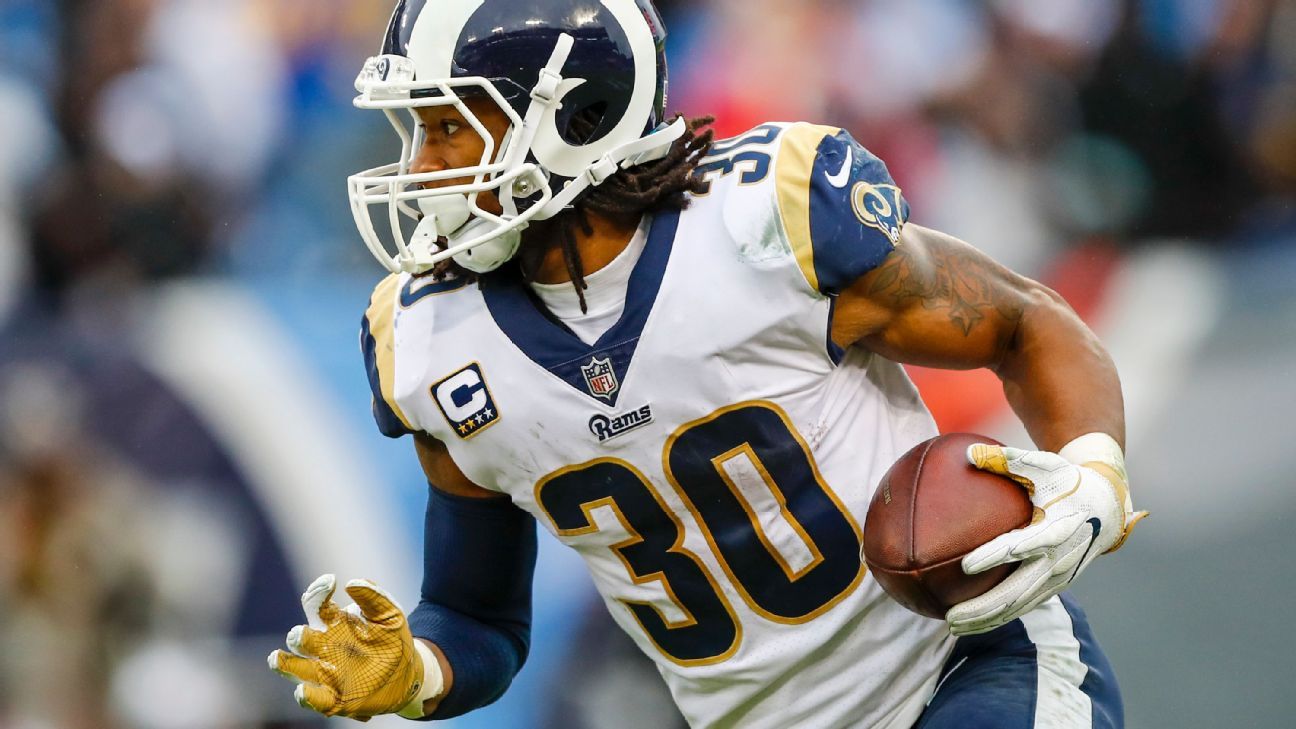 THOUSAND OAKS, Calif. — Effectively locked into their playoff seed last season, the Los Angeles Rams rested nearly all of their key players against the San Francisco 49ers in Week 17.

The Rams will again host the 49ers in the regular-season finale on Sunday, but have plenty to play for this time around.

Coach Sean McVay said the Rams would go all out to try and secure a first-round bye, including playing running back Todd Gurley if he is healthy.

The Rams (12-3) will clinch the No. 2 seed and a first-round bye in the NFC with a win or a Chicago loss at Minnesota. They can’t get the top spot, which belongs to the Saints.

Gurley was not active for the 31-9 win over Arizona on Sunday because of soreness in his knee. McVay said he felt Gurley made progress during the week and would like to play him against the 49ers. Gurley rushed for 63 yards and two touchdowns and had four receptions for 23 yards and one touchdown in a 39-10 win at San Francisco in Week 7.

McVay also said he would have no concerns about going into a possible NFC divisional-round playoff game with Gurley not having played in three weeks should the Rams earn a bye.

“Would it be ideal? No. But is it something you’re going to be concerned with? No,” McVay said, “I think we have a lot of confidence in Todd, and if he’s ready to go then he’ll be good to go and he’ll be sharp whenever that is.”

McVay compared the possible extended absence for Gurley to his decision to hold out the Rams’ starting offense in the preseason.

“Guys come back from injuries all the time, and it was a long break that we had before we started this season with those guys, and Todd did a pretty good job against Oakland running the football and making a lot of big plays,” said McVay, referencing the 33-13 win over the Raiders in the season opener. “You’d obviously like to be able to get these guys as much work as possible, but most importantly is the health.”

The Rams found a suitable backup for Gurley in veteran C.J. Anderson, who rushed for 167 yards and one touchdown on 20 carries against the Cardinals after signing with Los Angeles as a free agent last Tuesday. However, McVay said Anderson’s impressive debut would not sway his decision on whether Gurley plays this week.

“We don’t want to do anything where we’re putting him in harm’s way,” McVay said. “But if he’s getting back, he’s feeling good, then the anticipation is getting him ready to go. It was good to see what those guys did yesterday, but nothing changes with regards to our approach with Todd.”

McVay will also be monitoring safety Lamarcus Joyner after he sustained an ankle injury against Arizona. The injury was not serious, McVay said, and Joyner would be day to day.

As tempting as it might be to hold out players with an eye toward the postseason, McVay said the Rams would not have success against the 49ers with that attitude. San Francisco (4-11) has lost six games by eight points or fewer this season, including a 14-9 loss to the Bears on Sunday, and McVay’s past experience working with 49ers coach Kyle Shanahan serves to remind him how difficult this game could be.

“Just with my history and my background with Kyle, I know what a great coach he is,” McVay said. “They’ve got some really, really good players that continue to compete hard and play for each other. So, this is something that we can’t afford to take lightly. It’s very important for us to come out ready to go.”