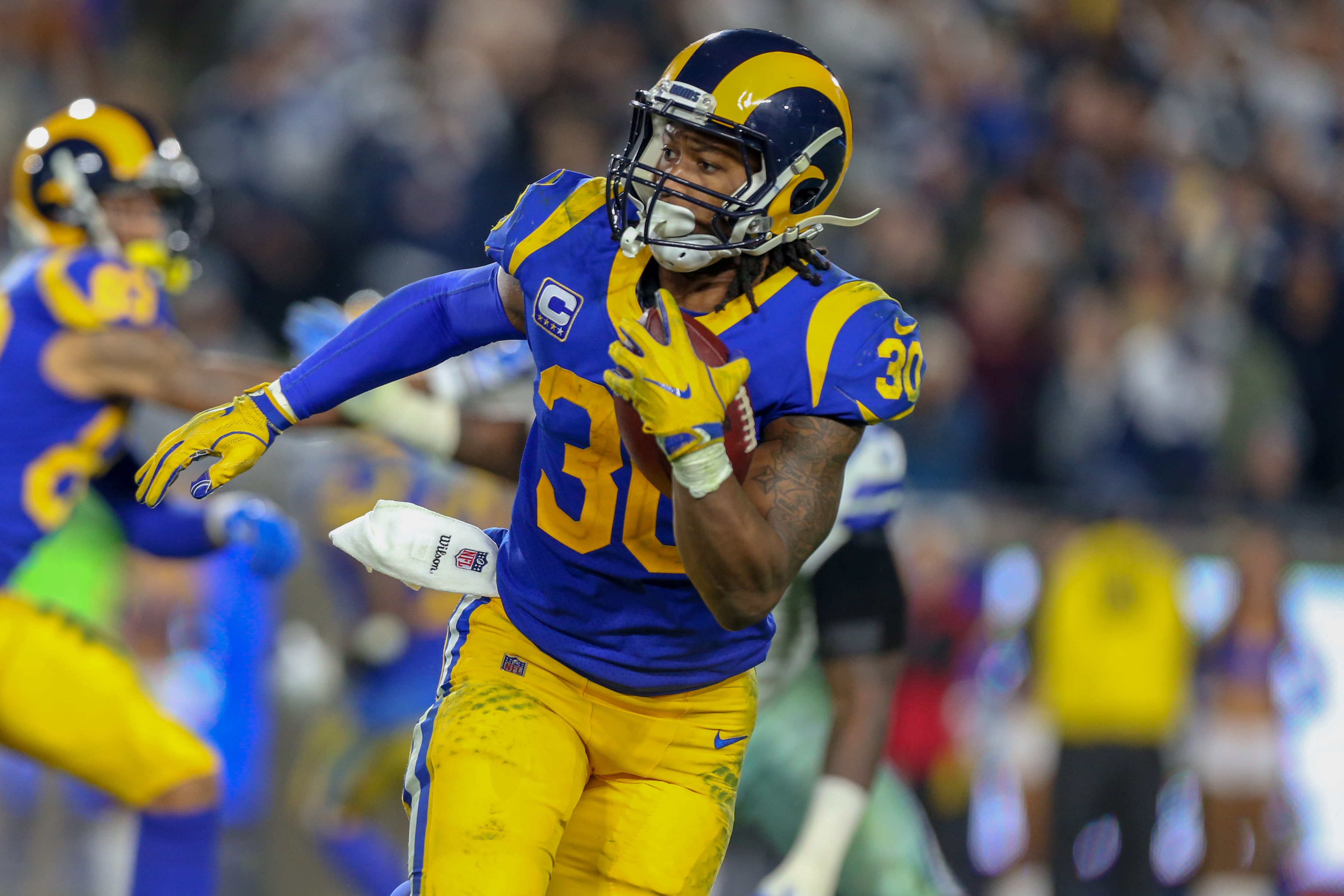 LOS ANGELES – It’s a funny relationship, the NFL and Los Angeles, nobody ever staying put too long, sometimes leaving entirely, taxpayers resisting a few hours of Sunday entertainment for the sake of the public schools and such, which haven’t seemed to benefit either.

But, you know, fill a near century-old stadium on a Saturday night, light the flame, make it all real again, with real drama and real consequences, and it can feel like a football town. They’re still sorting out whose football town exactly. That’s not important today.

Sean McVay, boy coach of the Los Angeles Rams, likes to say a guy “put his foot in the ground,” and means it as a great compliment. This running back on a fourth-and-goal. That receiver on a third-and-long. His quarterback, Jared Goff, on the fourth-quarter play that finished the Dallas Cowboys on Saturday night, that sent the Rams to the NFC championship game, that brought a playoff win to this town for the first time in about a generation. They put a foot in the ground, quite literally.

“We try to be decisive,” running back C.J. Anderson said. “When we see it, we try to be super decisive.”

Stack up enough of those, sink enough cleats into a marshy field, choose the proper course because you’ve tried all the other courses, put a foot in the ground and keep hold of your placekicker on the sideline, give the ball to Anderson and have him run up behind Andrew Whitworth, and beat the Cowboys, 30-22. Show up in L.A. a 7-9 team, give L.A. a 4-12 team, wash out in the wild-card round the next year, then put a foot in the ground, win 13 games, beat the Cowboys, skip through the end zone muck in front of delirious fans who really, really want to believe, and wait on the game that could bring the Super Bowl.

Just one game, you might say. This is the NFL. This is January. There is only one game. So on the third anniversary of the vote that brought professional football back, that would place Saturday night’s game at the L.A. Memorial Coliseum, that would host LeBron James and a sea of Cowboys fans and a bunch of guys wearing watermelon hats, the Rams won a football game that helped take over a new generation.

They rushed for 273 yards, 223 more than the Cowboys did. They gained 459 yards, 151 more than the Cowboys did. Across five fourth-quarter minutes, ahead 23-15, their defense stuffed the Cowboys on a fourth-and-1 in field-goal range, then scored on a fourth-and-goal when a field goal probably would have done. In what passes for football weather here — cool temperature, starless sky, a whiff of rain — and in a stadium itself that had no idea how to feel about this game — two-sided passion put on a tee and turned to ambivalence — the Rams took another inch here. They won a football game they needed to win. Sold a few more jerseys. Sent Wade Phillips, the old Cowboys head coach turned Rams defensive coordinator, into the end-zone tunnel with his forefinger raised, his smile wide, his weary legs momentarily a little lighter.

How Ndamukong Suh had backed Cowboys center Joe Looney into Ezekiel Elliott’s path on that fourth-and-1, the Cowboys driving, the Rams suddenly vulnerable. How Anderson, somehow ancient at 27, chewed into carries normally reserved for the transcendent Todd Gurley, and gained 123 hard yards on 23 carries.

“I’m just old and fat, man,” Anderson howled afterward, a scouting report that had him on his third team since November.

How Gurley, nearly a month after his knee buckled and having not played since, soared for 115 yards on 16 carries, then skipped from the field as fireworks blasted behind him. How a defense kept Elliott, the NFL’s leading rusher, to 47 yards, to 2.4 yards per carry, when for 16 games it had allowed more than twice that per carry to tailbacks more mortal. These Rams under these colors hadn’t won a playoff game in this town in forever, so the stadium got loud in weird places because the Cowboys are a relevant element here, and it got nervous because the Cowboys wouldn’t ever exactly go away, and it got curious because when you have a chance to go ahead by 11 points with seven minutes left, you go ahead by 11 with seven minutes left. Only the coach chose otherwise. Put a foot in the ground.

Just outside the end zone nearest that flame, the Rams lined up, took a time out, composed themselves, lined up again, and won themselves a football game. Goff handed to Anderson, who veered left. Whitworth got low on defensive end DeMarcus Lawrence, cast him aside, and opened a hole. Anderson put a foot in the ground.

“I think, really, when you think about what our team is, we always talk about attacking success and never fearing failure,” McVay said. “I think that really just personifies our team mindset and personality. We wanted to come out here and play fearless tonight. We felt good about that opportunity to be able to try to punch that in from where we were at. C.J. did a great job leveling that thing off.”

Anderson grinned at such a call on such a night. He, like the Rams, having traveled an unlikely path to get there, with more to go.

Had to find them first.