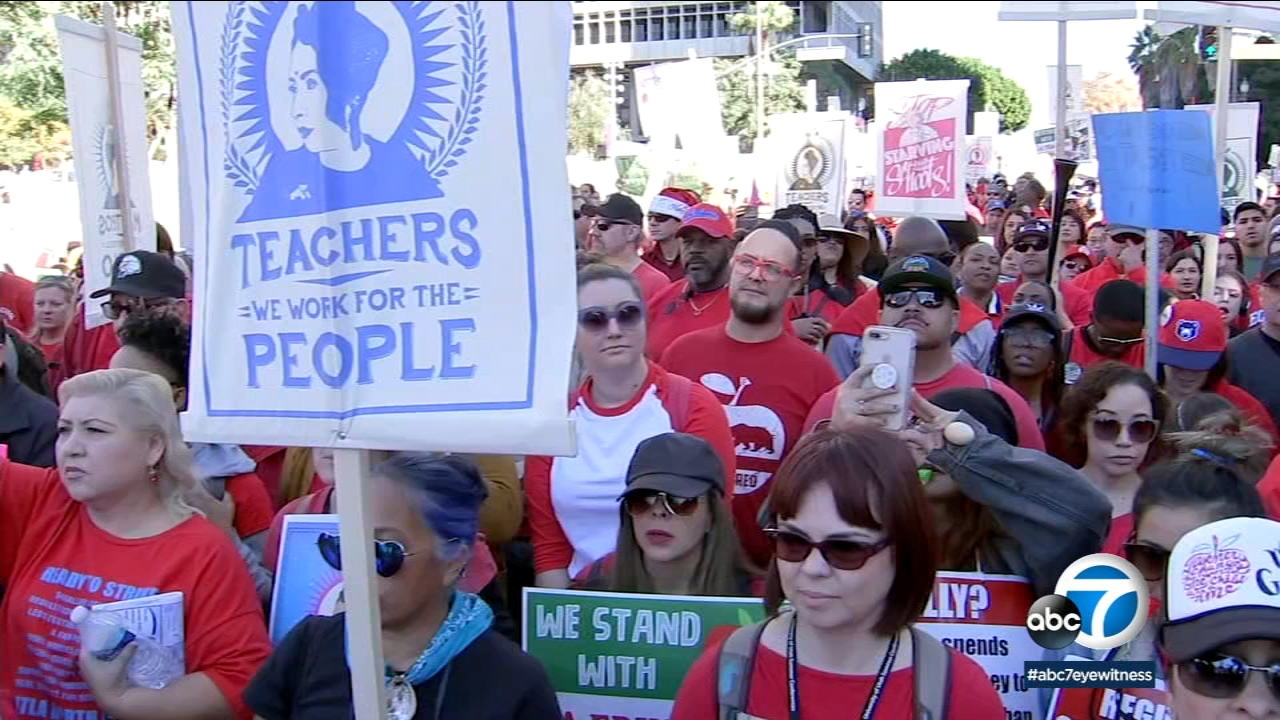 It may be winter break, but parents across Los Angeles are nervous as a teacher’s strike at Los Angeles Unified schools could be on the horizon.

On Tuesday, LAUSD Superintendent Austin Beutner discussed a fact-finding report from the state. Beutner said the report indicated the district and the teacher’s union, UTLA, do agree on a pay increase and back pay.

But UTLA fired back in a written statement sent to ABC7.

“United Teachers Los Angeles calls on LAUSD Supt. Austin Beutner to immediately retract his statement made today to the media. Contrary to what he told reporters this morning in a press conference, no agreement – salary or otherwise – has been reached between UTLA and LAUSD,” it said.

UTLA represents 33,000 teachers and its members have already voted to authorize a strike if an agreement cannot be reached.

The fact-finding report was ordered following failed state mediation. With the report now released, the union could potentially call for a strike. There was no immediate word on whether the union plans to make such a move, but officials scheduled a news conference for Wednesday to “make an announcement.”

Beutner said more talks are needed, but the district is ready if teachers strike.