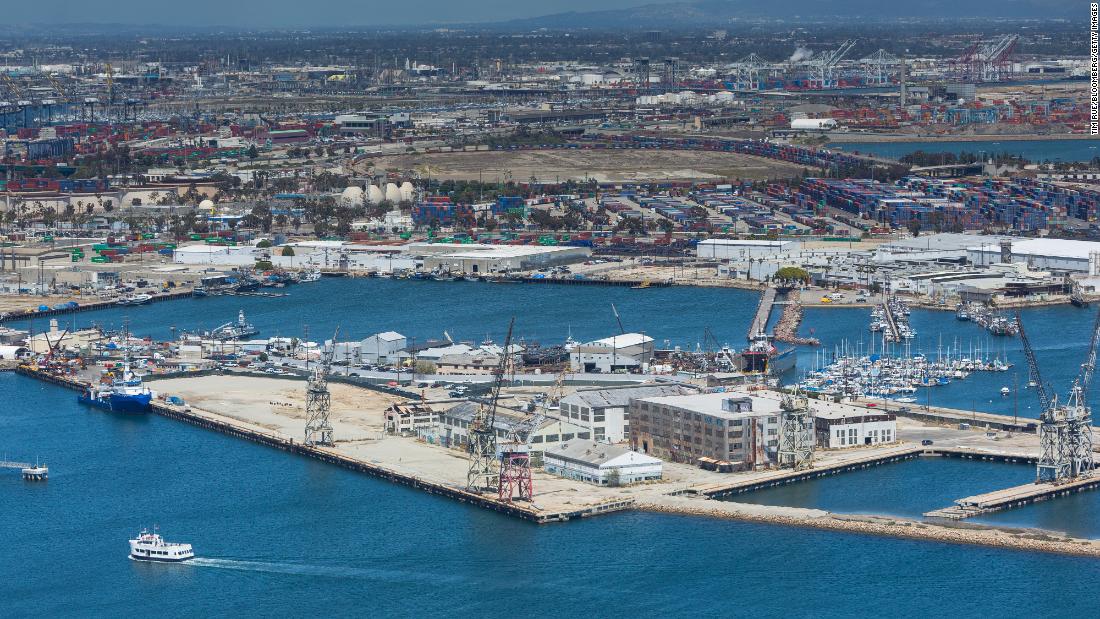 The company had planned to use a site at the port to develop a spacecraft for Mars travel. But CEO Elon Musk

in a tweet Wednesday that the company will work on the technology at its longtime headquarters in the LA suburb of Hawthorne and test the spacecraft at its launch site in Texas.

It’s the latest move to scale back by SpaceX, which last week

announced it was laying off hundreds of people.

The decision is also a setback for the port, which is hoping to attract high-tech companies to create an innovation district that would boost the regional economy. The SpaceX project, which was expected to create as many as 700 jobs, was a key part of that plan.

Last year, a board of harbor commissioners

SpaceX’s plan to renovate an area of the port that had been vacant since 2005. Under the terms of the deal, SpaceX would have avoided rent payments for the facility for more than two decades through $40 million in rent credits for the renovations.

SpaceX said in a statement Wednesday that it abandoned the port plan in order to “streamline operations.”

LA Councilman Joe Buscaino said Wednesday that he was “crushed” that SpaceX had decided to pull out of the deal.

“I feel confident that other innovators will see the huge value they get” at the port, he

SpaceX’s interplanetary transportation system consists of two parts: a spaceship called Starship, which is designed to carry loads of people and cargo, and Super Heavy, a towering launch vehicle that would fire Starship into orbit.

SpaceX said Wednesday that design work on the spaceship is being done at its headquarters in Hawthorne.

Prototypes of the Starship craft are being built in Texas because “their size makes them very difficult to transport,” Musk tweeted.

Musk has already shared photos of one such Starship prototype at the Texas facility. SpaceX plans to use the test vehicle to conduct short test flights in the coming weeks.

The company said last week that it would

workforce. About 577 jobs will be cut from SpaceX’s Hawthorne headquarters, according to a public filling.

SpaceX said the job cuts are necessary to streamline operations as it takes on its most ambitious projects yet: Starship and Super Heavy, as well as a massive constellation of satellites that could one day beam cheap internet down to earth.

Both projects are expected to cost as much as $10 billion each.

Musk has said the Spaceship and Super Heavy technology could one day be used to colonize Mars. SpaceX also announced last year that it plans to fly a group of

tourists around the moon

SpaceX was recently valued at

, one of the highest valuations for a private company in the world, after initiating a $500 million equity sale in December. The company also took on about $250 million in debt last year in its first loan sale, according to The Wall Street Journal.

SpaceX will continue to have a presence at the Port of LA, which it has long used as a base from which to retrieve spacecraft or rocket boosters after flight.